Ujezd is the most famous of 11 villages of Chodsko that were founded by the king to protect Czech Kingdom’s borders (12th and 13th century). The Chods were given many privileges for their service – for instance, they were not abided by feudal labor, later they were deprived of this by local nobility. This fight took centuries. As the leader of the Chods uprising is accepted Kozina. After the uprising was dealt with, Kozina was executed in 1695 and became a martyr and symbol of brevity. 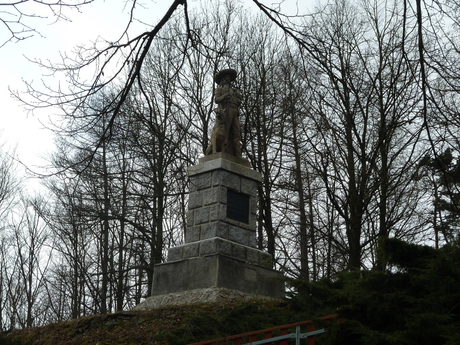 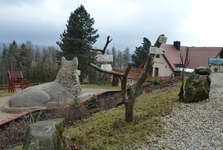 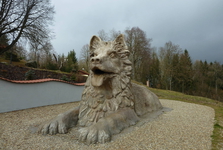 The memorial to Jan Sladky Kozina is at the end of the town (in the direction to Trhanov) on Hradek Hill (585 m). The memorial was cut by Cenek Vosmik from sandstone brought from Horice town. The road to the memorial goes across grassy hill. It will take you about an hour of walk. On the top, there is a 3.2-meter high statue. Kozina is depicted with a dog – a symbol of a guardian – royal privilege, and a weapon called “čakan”. The dog statue was done later. In memorial’s foundations, a memorial document on why the memorial was built is buried. Close to the top, there is an observation platform that gives you a vista of central Chodsko, and tables showing names of local hills. This place is great for rest when the weather is good. Newly built park will amuse your children. 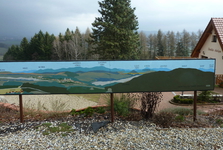 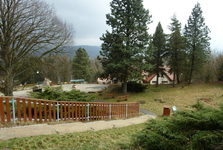 In Ujezd on square, you can visit Kozina’s estate where a memorial hall is set. The exhibition displays the history of the Chods, their traditions and habits. Another folk building is the house of Kozina’s wife, or of other important natives. 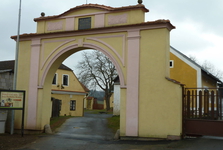 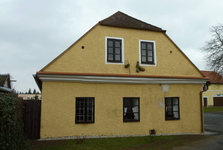 The history of Chodsko is also shown along a themed trail that has 15 stops. It runs from Pocinovice village to Bela nad Radbuzou (45 km). Information to individual stops are to be found in front of Kozina’s house of birth. 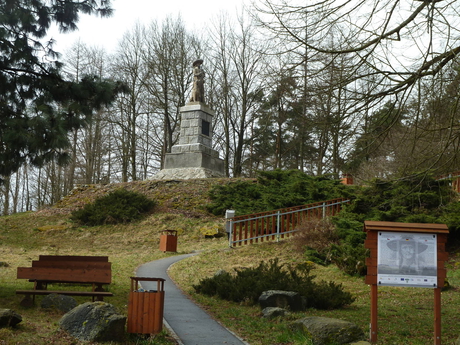 The town has two parts - Ujezd and Petrovice. Bit more than 400 people live there. Upper Chodsko, the district where Ujezd belongs to, was settled 3 thousand years B. C. The Chods are considered a brave and proud people which they also demonstrated in the second world war.

Their traditions have been held up to the present. The most popular are the annual Chodske Celebrations which are held in Domazlice.