Published: 22.6.2017
Those wanting to cool down in South Moravia (the region has the highest number of sun hours of any Czech region) during hot summer days should go under ground. There you can find many world's firsts and you can enjoy it regardless if you are adrenaline seeker, a senior or you have children.

The Moravian Karst enjoys a shining spot among South Moravia's tourist attractions. It is the largest and the best developed karst area in the Czech Republic. You can find it north of Brno. There are over 1600 registered caves in its underground. Five of the caves are open to the public: Balcarka, Katerinska, Vypustek, Sloupsko-sosuvske caves and especially the labyrinth inside Punkva caves in the Pusty deep, one of the most popular locations in the Czech Republic. There are many underground spaces decorated with dripstones. Especially great is the vista down on the bottom of Macocha, a 138,5-meter gorge. Visitor spend part of the tour by sailing down the Punkva river – the longest underground river in the Czech Republic (10 kilometers). 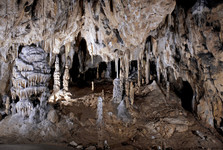 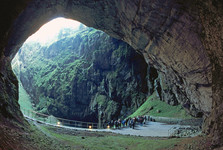 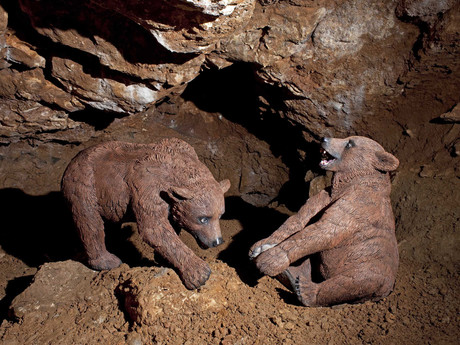 Obri dom (Giant's dome) – the largest underground cave in the Czech Republic – is another unique sight in the Moravian Karst. The dome's size is  70 × 30 × 60 meters and it belongs to the so called Rudicke propadani. This and the Byci rock are the deepest and longest caves in the country.  Amaterske caves are country's  longest cave network – 34,9 kilometers. The longest trail for visitors is to be found in Sloupsko-sosuvske caves (1 230 meters). The largest caves open to the public is the Katerinska cave's Main dome (97 × 44 × 20 meters). Concerts often take place here. The steepest cable car (average inclination of 63,41 %) takes you to the Upper bridge of the Macocha gorge inside the Punkva caves. 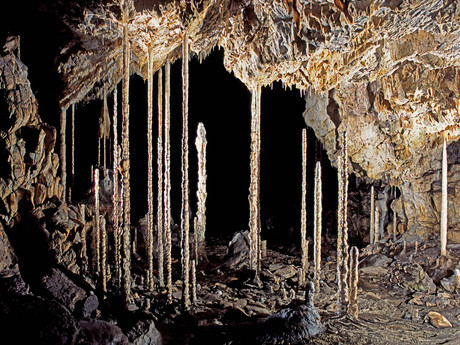 In the southern part of the South Moravia, there are other cool caves to enter. For instance, Na Turoldu in Mikulov. However, people with physical disabilities are not advised to go to the cave. Close to Vranov nad Dyji, there are Ledove Sluje in the Podyji national park. Ledove Sluje is a network of 14 cave 400 meters long and 30 meters deep. You will surely cool down in local micro climate in any season of the year. Moreover, there is an artifical cave inside sandstone massive of Milenka hill in Rudka u Kunstatu town. Be ready to see sculptures of the Blanicti knights or President T. G. Masaryk. 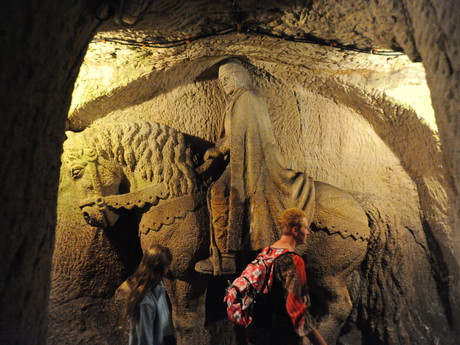 A Touch of History

It is a very well known fact that there is a lot evidence of Prehistoric settlement inside the caves. However, you can actually travel back in time and learn about Pavlov once again in the underground. The recently opened Archeopark displays artifacts from the era of the mammoth hunters. The park is basically all hidden in the terrain. In 2016, it was awarded with the prestigious Building of the Year award! Here you get right at the center of archeological excavations. The exhibition displays the settlement of the region before 25 to 30 thousand years. It shows essential discoveries made at Pavlov, Dolni Vestonice and Milovice. In this region, the oldest bone remains of the modern man were discovered. Moreover, Venus of Dolni Vestonice is the oldest known ceramic figure in the world! 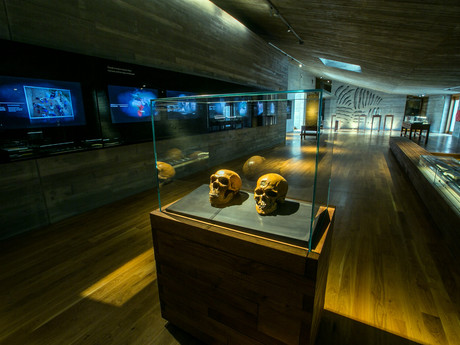 Other findings on display are linked to South Moravian more recent history (8th to 10th century) particularly to Velka Morava, the arrival of Cyril and Methodius and the beginnings of Christianity in the country. You can see these artifacts in Mikulcice Slavic stronghold, in Pohansko near Breclav or in Hradiste on the outskirts of Znojmo. 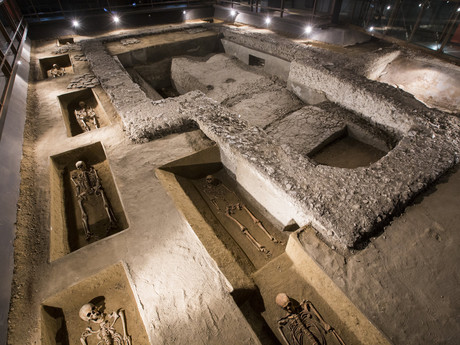 However, it is chilly down there in the underground of Znojmo's historic center. The

underground of Znojmo is the largest underground corridor and cellar network in the Czech Republic. Moreover, it is one of the largest labyrinths in Central Europe. This unique labyrinth is almost 27 kilometers long. In some places, the labyrinth has as many as 4 storeys – not all accessible though. You can either take the classic scary tour or one of the three adrenaline routes.

There is a vast underground in Brno too. The public can access the medieval labyrinth under Zelny Trh, the Coinmaster's cellar on Dominikanske square or the ossuary at St Jacob church. The accessibility of the underground to the public has been increasing. Visitors can now see utility tunnels or one of the most secretive shelters right under Spilberk castle. The shelter was built during the Nazi rule as Luftschutz which was supposed to shelter against against allied bombing of Brno. During communist times, the shelter was to protect region's top officials. Don't forget to take a flashlight with your to a night tour in the shelter known by the official designation as 10-Z. When exploring the underground of Brno, don't miss casemates of Spliberk. In the Baroque times, these were feared prison for the worst criminals from across the entire monarchy. Later, political dissidents would be imprisoned inside this massive fortress. 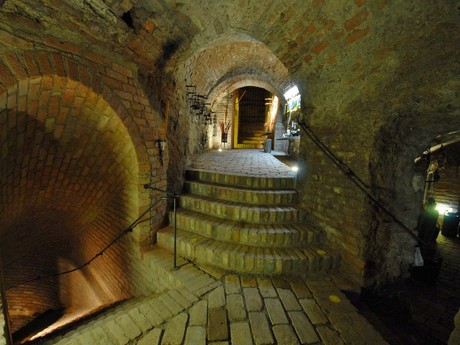 The two-storey underground of Slavkov-Austerlitz chateau has charisma of its own. However, this one is mostly used for activities revolving around farming.

Down, inside the cellars of Chateau Valtice, there is the official headquarters of National Wine Center. Valtice underground – a unique 710-meter long labyrinth of cellars – is a place where you see wine around every corner.  This underground space was created  in 1289 togethwer with the foundation of a Minorite cloister. There is much charm inside the Painted cellar, Satov. Sculptures made by the folk artist Maxmilian Appeltauer decorate the cellar. The artist native to Satov spent all his life, every Sunday for 36 years, decorating the cellar. Not even the loss of his arm during the WWII prevented him from continuing in his work. Surprisingly, wine has never been made here. It was only consumed… 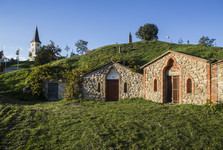 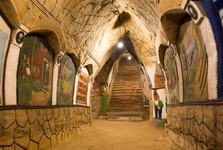 Well, there are many cellars in the South Moravian underground where you can cool yourself down with some delicious wine during hot summer days. The region has the highest number of wine cellars per square meter in the Czech Republic!

More tips for tourists and a calendar of events in South Moravia can be found  here:  www.jizni-morava.cz