Bike trail along the Elbe, a phenomena among European bike trails, only in the Region of Usti 96 km. It leads thousands upon thousands of bikers to the city every weekend. There is an unusual sight in the city: Masaryk’s lock chamber of Strekov that you have climb to
by stairs. Toil however would be rewarded with a walk
on the lock chamber which is a national technical sight. As a reward you can walk on the lock chamber and see it from different perspective. The trial is also suitable for family relax as well as for bikers, roller-skaters, people on wheelchairs, and seniors. Also you can enrich your trip by visiting Tiské Walls or the Krusne Mountains . You can use bikebuses operated by the city of Usti. 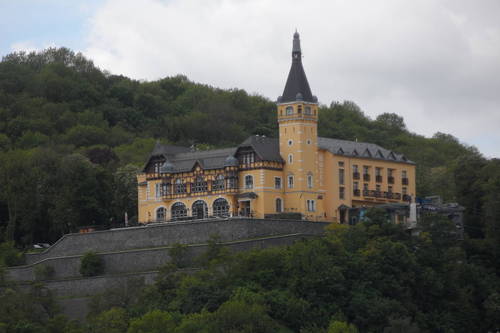 Should you arrive by car, park in in the Obchodni Centrum Forum in the city center. The bottom station of the cableway at Vetruse is located there. And you have to take it if you want to get to this destination. The pathway is almost unreachable due to the present infrastructure. Yet 18 crowns wont destroy your wallet. It will at least help you to preserve your stamina on a hike along the Vetruse – Vrkoc nature trail. In the chateau resides hotel, restauration, and a tower which is year-round. Will you manage to walk up 111 stairs?

At the edge of the chateau you will have fun with children in a mirror labyrinth. In the good weather you can go through an exterior labyrinth thuya. A turn from yellow trail goes to historical execution grounds founded in 1543 and recently restored. At the end of the 18th century the city lost the right to execution. The compound decayed after that. Today it is back in full glory with a large cross standing there. Impressive and mysterious place of one’s last breath at the edge of a cliff.

At Vetruse the 4.5 kilometer nature trail starts. It will take you to a 12-meter tall Vankovsky Fall and a rocky formation of Vrkoc of basalt columns. The trail is not boring. You will have many views to Elbe Valley and on Strekov castle. 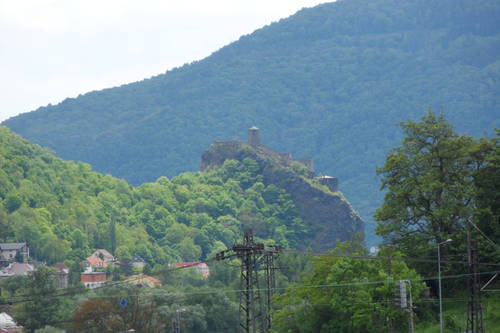 Observation platforms are one of the most important things the city has to offer. And the city uses its very well. On the nearby hill of Male Sedlo there is the platform of Strekov . On a torso of stone airforce observation post there goes a staircase made of locus wood. This eight meters high tower waits for enthusiastic tourists. In near trees you can see woodpeckers, for instance.

Right in the city center there is the Marian Rock . Beware, the platforms there have no handrails. If you go there with small children it would be better for you to prefer nearby Erben’s platform. There goes a trail through Berta’s Valley. The valley is so green and so romantic that you wouldn’t believe it is that close to the center and a busy road. The observation tower is year round open. It was renovated in 2006. From there you can see the city, Bukova Mountain, Milesovka, Boren, and partially the Krusne Mountains. 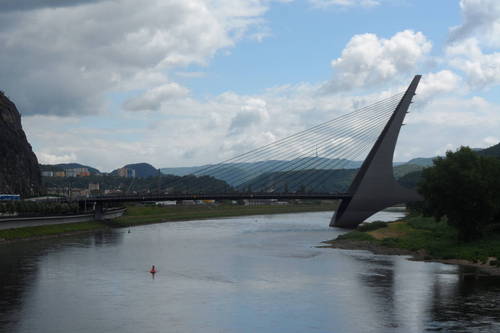 If you are not inclined to walk through observation towers you wont miss dramatic looks over the landscape. The Elbe’s Meander changes to a deep canyon. Should you go across Usti to any place, you will have a new perspective on the rocks, the river, and the city. Except for elevated places the city offers an interesting undergrounds. Bandits’ cave in Zamecky Hill is about a 100-meter long crack in the rock. The entrance is at three meters. Six chambers up to 5 meters high are connected with mere half-meter wide corridors. During desparate times people hid their possesions there. Today you can only disturb some bats there. You should rather go to see works of human labor. Recently opened Museum of Civil Defense is to be found in the rock below Vetruse. It is a former CO shelter. Its corridors of total length of 750 meters were made during the Great War. Thanks to some enthusiast, today there are more than 500 meters accessible. Among items displayed in the museum are, for instance, gas masks dating to 1920s, or interesting technical items found nearby. 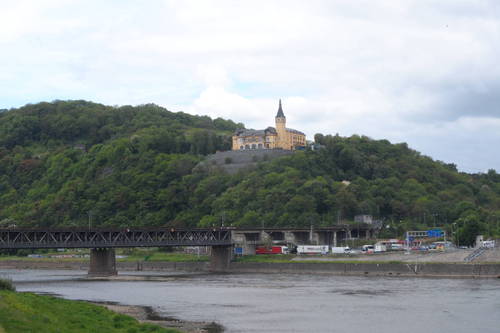 Not underground and not even observation towers? No worries. Lets take a look to te streets. The symbol of the city has been for last fifteen years the Marian Bridge , that in an

international professional query to one of the ten most beautiful world’s buildings. It is hard to not notice the bridge for its shape. The pathway for walkers and bikers goes on an elevated center line.

Right in the city center there is another rarity – a church with inclined tower. During the second world war bombing the city was hit and the bombs damaged the surroundings of the church of the Assumption of the Virgin Mary. The explosions deflected the tower for about 2 degrees. In the upper part of the tower the deflection is two meters. You can see it clearly from nearby shopping mall. On one of its floor there is a picture of original shape of the tower. Inside the church there are small stony sights from nearby area such as a stone crucifix with Mary Magdalene .

Near the church of Mirove Square recognizable for its

tlal column with the statue of Antonin Paduan, there is a tourist information center. I recommend you to visit it. There they will kindly give you maps and information on what you shouldn’t miss. Take a leaflet on Mansion architevture with you, and go along a nice trail that passes by villas of famous architects such as Albin Camillo Müller (geometric Art Nouveau), or Ervin Katon (Functionalism).

Newly renovated sight is St Florian’s church located in Krasne Brezno chateau’s compound. The church is a unique sight of the so called Saxon renaissance. Until the present the chateau remained almost without any changes done to it. Do not see just the exterior and enter inside. Finned netted arch with nails, or diamond portals, storeyed matroneums, unique main altar with early-17th century alabaster reliefs, and unusual motif of the altar. This all is worth seeing.

In the infocenter on Mirove Square your journey begins even though you would like to give your children adventurous adventure. Take here your “passports” and instructions and go to discover the treasure of the Queen of the Elbe . Two independent games of different difficulty based on geocatching would lead you through places related to the Queen of the Elbe and her minions. If you go through all places you would be allowed to open a treasure chest in the infocenter. 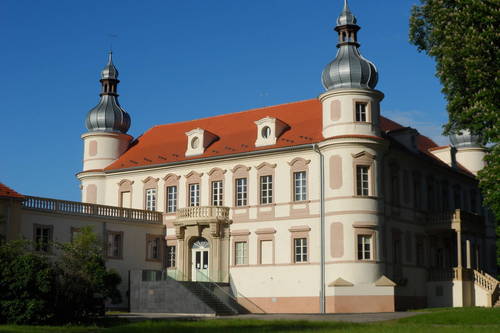 Another great experience for children would be the ZOO. Sea lion training, or a watching elephants in the garden is not enough? You can became a breeder for one day or buy feeding an animal.

In Vanov there is a Fairy Forest . Carpenter Josef Kaspar carved more than twenty figures and spread them along the green tourist mark on 5 kilometers. 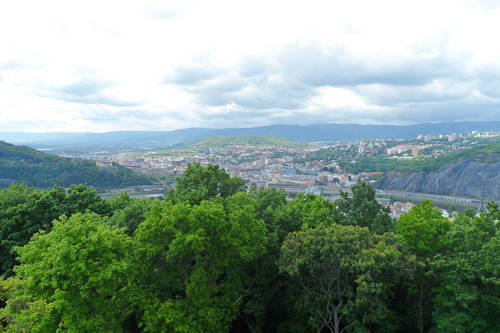 Should the weather not favor your trip, there is also the Municipal Museum or the Museum of Scale Railway at Trmice chateau.

When you have a chance to see Usti nad Labem you will become a fan of it. If you aren’t already.

Published: 7.11.2009
Sandstone massif of Tisá Walls is placed at the edge of Labe (Elbe) Sandstone Walls in North Bohemia and reaches the altitude of 613 metres above sea level. Despite this fact, the walk is quite pleasant, you are not forced to overcome the hills or climb over the rocks, provided you omit last mounting of the section where you started your excursion.