Published: 14.10.2021
About 30 kilometers northeast of Brno lies a beautiful town of Vyskov through which the River Hana flows. The history of the town dates back to the 12th century. For a long time the town belonged to the Olomouc bishopric, i.e. from the 13th to the 19th century. Today its historic center includes beautiful landmarks which have been gradually returned to their former shine and glory.

Several of the most important sights can be found right at Vyskov square. The most famous is definitely a local Renaissance town hall with a white town hall tower. In the center of the square there is a plague column from 1719, which was designed by sculptor Christian Pröbstl to remember the fifty-year-old plague epidemic. There is also a Baroque fountain from the 18th century and a well from 1839. The 17th meridian is also directly passing through the square, which has been marked with a metal plate embedded in the pavement of the square. 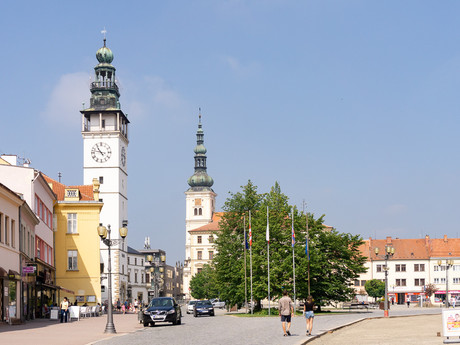 Around the Beseda House, go to the Church of the Assumption of the Virgin Mary. It was built between the years 1464 and 1466 in late Gothic style, but in the second half of the 18th century it underwent a significant Baroque rebuilding. 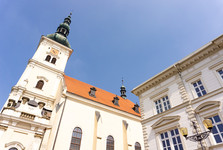 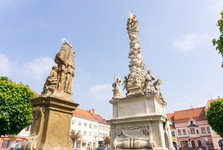 Vyskov chateau is also worthy your attention. Originally, however, it was a Gothic castle. Bishop Karel from Liechtenstein rebuilt the castle Renaissance style in the years 1665-1682 according to the project by Giovanni Pietro Tencalla. Today you can visit the Museum of Vyskov, including exhibitions of folk ceramics and, of course, everything connected with the history of the town. Just a short walk away, visit the newly renovated chateau garden, which is listed in the central list of monuments of cultural significance. 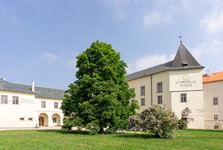 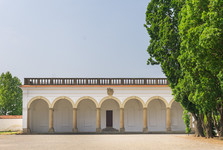 If you come with children, do not miss the zoo and DinoPark, or stop at the Aircraft and Ground Engineering Museum at the airport. A very popular aquapark is also popular. 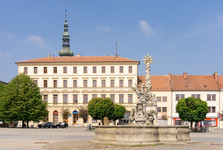 The surroundings of Vyskov are also a very popular area for cyclists. For example, you can go to the karst caves in the region of Blansko, the natural swimming pool in Lulec or folklore in Kyjov. You can easily reach Vyskov by bike even from Brno.

CZ, Lulec – Paradise for Pedal Bikers and for Swimming

When not for a great natural pool, Lulec won't be easy to recognized apart from other villages ne...