Should you be interested in legends about vampires then Dolni Cemetery in Zdar nad Sazavou is the place to be. In the 19th century, Alois Ulrich a local farmstead caretaker suffered from very strange illness. He died soon thereafter yet few days earlier he was seen on the bridge near the cemetery. Some even said he killed some farm worker. Locals called for a hangman who ordered to dig into the grave. They found the body but without any traces of decay. The hangman called Ulrich by his name. The latter opened eyes and sat up. The undead laughed at any attempts to bring him back among the dead. The hangman cut his head off and poured poppy into his mouth. His body was then unslaked lime. Ulrich has never been seen since then. 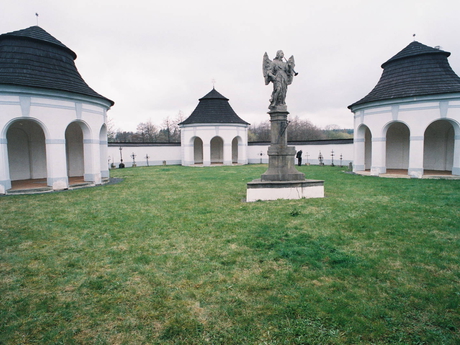 Some mysteriologists say this happened due to architectonic features of the cemetery as the cemetery is built in the triangle shape –or the symbol of the Holy Trinity. The church’s ground plan resembles human skull. Together these two form a cabalist symbol of wholeness and the triumph of life over death.

Mysterious places are also at Houska castle which stands in CHKO Kokorinsko national park. Traditionally it has been said Houska was built earlier than Bezdez which would make it the oldest surviving castle in Bohemia. Nobody knows, however, why! It is located at place of little to none strategic value. There was no trade route around, the castle was neither royal nor borderline castle. It even lacked direct access to water. The legend has it the gate to the hell is hidden inside the castle – or even time machine (K. H. Macha found something resembling a time travel device there when he spent a night at the castl). It has been said the castle is supposed to guard the world against evil forces, the principal reason for its existence. However, other legends are said of he castle. For instance, one speaks of a faceless figure wearing a black hood. It watches those who dare to visit the castle and spent a night over. 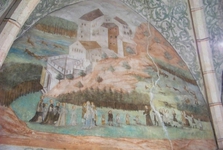 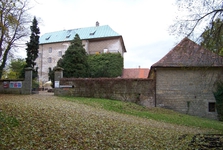 The Bull Rock cave is to be found at the center of the Moravian Karst . Several legends of the place have been around some of them being truly frightening. The cave was used for ritual killings already in the Bronze Age. Jindrich Wankel discovered here in the 19th century the so-called Hallstatt burial dating back to the 5th century BCE. A nobleman was buried here together with 40 girls, his servants and horses. The man was burned at the stake. The women were tortured to death, horses cut to pieces. Legends tell about mysterious singing and screams resonating in the cave. Even lights appear where there are no people and a parade of souls is to be said to walk out of the cave during dark nights returning only at the dawn. The public can enter the cave only during the opening hours but you can walk around anytime you want. You can feel strong negative energy there flowing from the victims. In the cave you can also feel despair and hopelessness – nothing pleasant but truly intriguing. 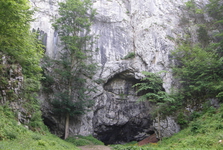 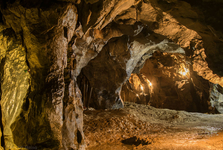 Do you love mysterious stories and do you love skiing? If so, visit the Hruby Jesenik in the east of the Czech Republic. The Peter’s Rocks is a formation which looms above the downslopes. The formation is in the Praded national nature reservation . The rocks are not accessible to the public. However, you can see them while skiing or hiking along the mountain ridge. The rocks is one of the most important botanical localities in the Czech Republic for many rear Ice Age species such as lichen, moss, endemic bushes grow there. But also a legend has been told about the rocks. The Peter’s Rock were called a place where witches, during the witch trials of the 17th century, summoned devil, performed black magic rituals. 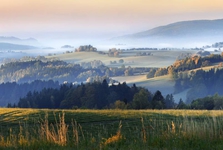 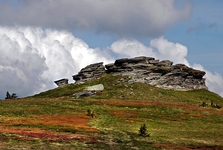 Corridors under the town of Jihlava were made by joining cellars originally used for storing food and tools. The catacombs of Jihalva are the longest in the Bohemia. Dark corridors cover an area of chodby 50 000 m2. Their total length is 25 kilometers. They spread under the whole town below most town’s sights. In 1978, the so called lighting corridor was discovered (the walls are covered with white coat is luminescent when illuminated). Fantasy of locals has always been involved with the underground and many legends appeared. For instance, one says a story of the walled up nun, or peculiar figure the arm of which is raised and has a thin neck and wears a helmet. Also, an underground lake or a secret chambers holding 12 coffins and gold crosses should be underground. From April to October the underground is opened daily. During the rest of the year you can ask for an individual group tour. 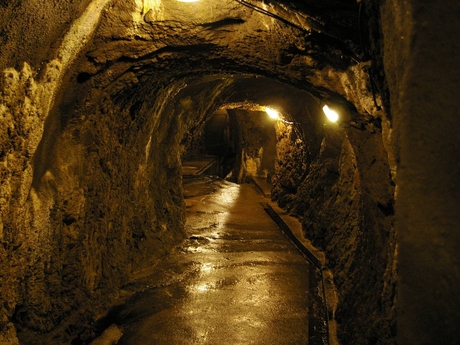 There are several mysterious places in the capital. First of all, visit the Museum of Prague Legends and Bogeymen . There you will learn how Golem was created. It is said he rests in the Old New Synagogue. The story of the alchemist Faust who made the pact with the devil is told there. Underground ghost street is another attraction there. It displays the atmosphere of Prague at midnight centuries ago. You will encounter there 25 of the most famous Prague ghosts – some are exposed and some peep out from doors or fly at the ceiling. The museum is opened all year-round. 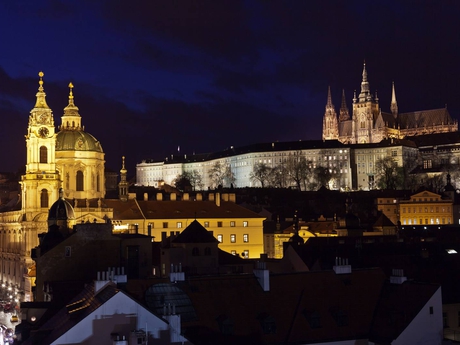 In case you want more than just to read about the mysteries then set off to be scared. We recommend you to visit all the places we have told you about.