As such, the village does not offer much regarding water riding. Right in the center of the village, opposite the pink and white St Martin's church, there is a monument worth mentioning. It has a 22-digit number and is named Hamous's estate. This farm is the oldest publicly accessible monument in Central Bohemia. It was occupied until 1992, afterwards it was bought by the Memorial Institute of Central Bohemia. It has been made available to the public since 1995. 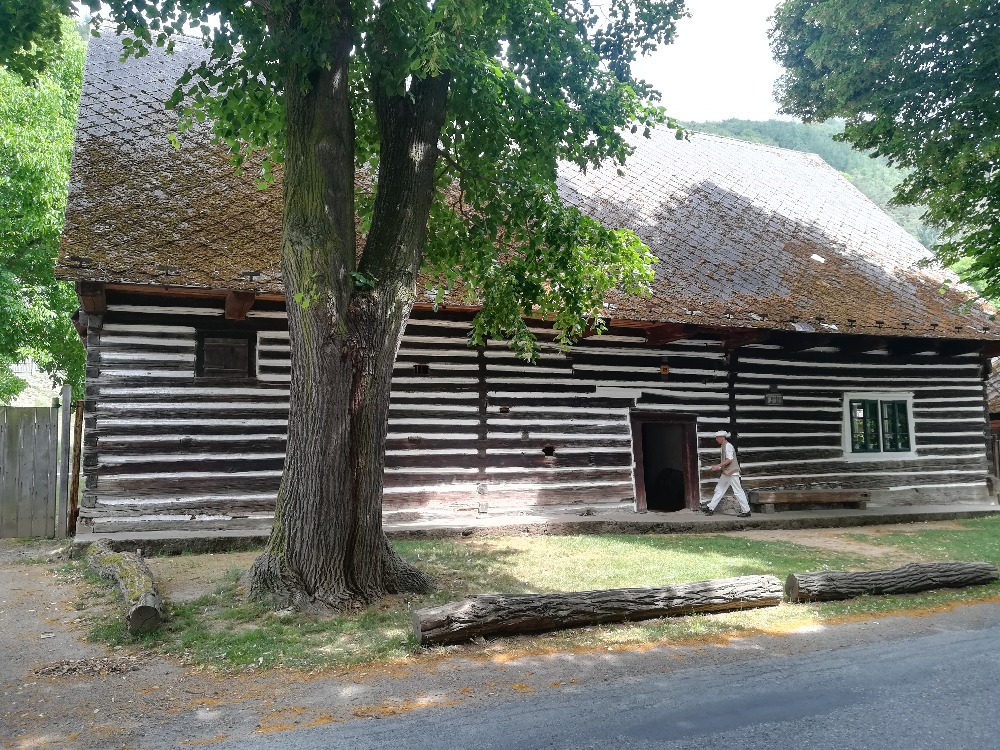 On a predominantly timbered homestead includes a yard, a barn and a barn. Use the chance to peak inside this upper-estate residence featuring many period items.  Admission to the homestead is CZK 70 per adult,CZK  50 is then reduced admission fee and CZK 190 costs a family admission. The ticket will be sold to you by a historically dressed lord who will also tell you something about object's history. You can plan your visit between 9.00 am and 5 pm, except for the summer holidays the homestead manager closes at 4.00 pm. Surely it may be interesting to hit the tour until the farm is baking bread with traditional technology in the old oven. If you would like to see it, you must arrive at a tour either on Saturday at 11.00 (April to September) or at Advent. 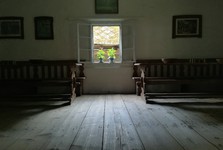 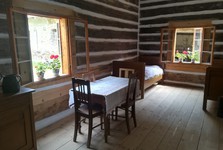 Entrance to the farm is from the main road. You enter the hall directly in the middle of the house. First, go to the right, where the original living space is located - a large and small room. Just in the large room you buy tickets first. Previously used to house a farmer, now there are large tables in the south-eastern part of the room, which show that for some time (during the time of Jan Hrouda, before the year of 1763) served as a tavern. At the time of Dominik Hamous, the space was used for the reeve. In the large room, there is an adjacent small room. It served as a kitchen or as a replacement for the parents of the farmer. Now it is a beautiful room with two windows. 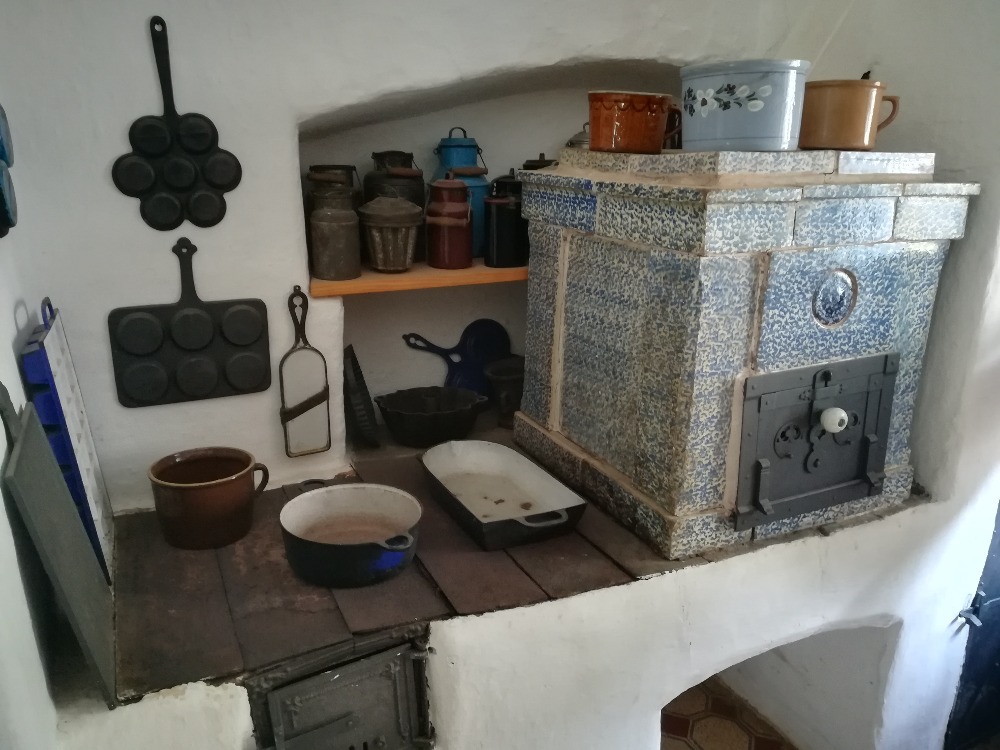 Come back to the entrance (to the entrance hall) and take a good look. Directly opposite the front door there is a black kitchen. Next to it is a passage to the courtyard. There are two chambers on the left and a little further, closer to the courtyard, there is an interchange with the kitchen and the entrance to the cellar. The black kitchen is now brick, but by 1716 it was wooden. She was open to the hall. The kitchen used to be an open fireplace where it was traditionally cooked in large pots. It also served a bread oven, which is now under the stairs in the courtyard (it was rebuilt in 1997-1998), but it was also put into a tiled stove in a large room.

The upper chamber served as a pantry, a cellar or a storage room for tools, ceramics, etc. The upper chamber is the driest part of the house, so it has previously served as a living space, drying room for herbs, grain storage, flour and feathered feathers. In the chambers there is now an exhibition of periodical items (pots, harnesses, etc.). 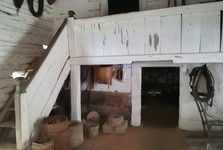 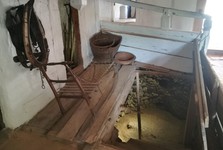 Vymenek is a small room which looks like as if the steward still lives there with his wife. It is a very cozy room overlooking the courtyard. It includes a small kitchen with a tiled oven and vaulted ceiling.

From the courtyard you can see the period machines in the barn, which stands beside the two straw horses. Directly behind the barn stands the youngest part of the 2009 farm - the basement of the granary. To the right of the barn is a large animal shed full of other machines, to the right of the small shed with goats and rabbids. The entire tour takes about 25 minutes. 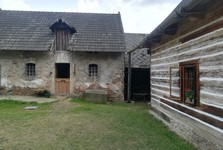 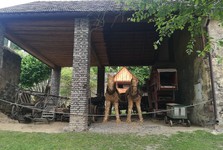 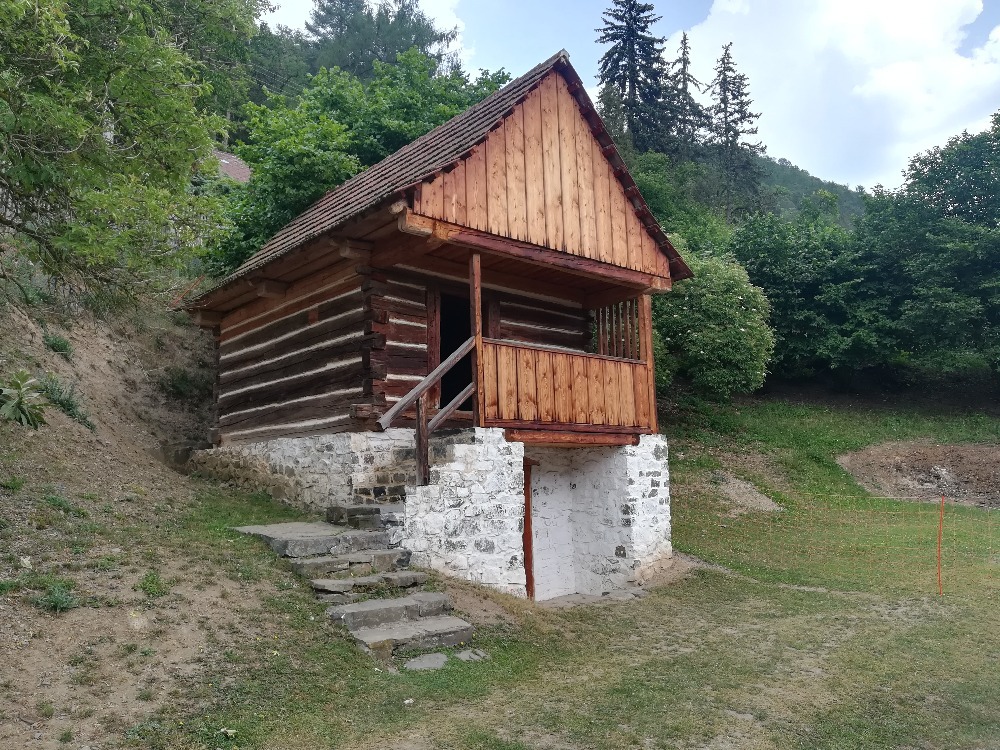 Nearby you can go to Krivoklat, Zebrak, and Tocnik or just walk through Krivoklat, which is a beautiful place by itself.