en.infoglobe.cz » Eastern Slovakia – A Visit in Morske Oko and Winetasting

We continued in exploration of eastern Slovakia after our last enchantment with a geyser. We hiked Vychodoslovenska lowland and we found another place to visit in its northeastern part. It was Orechova town. 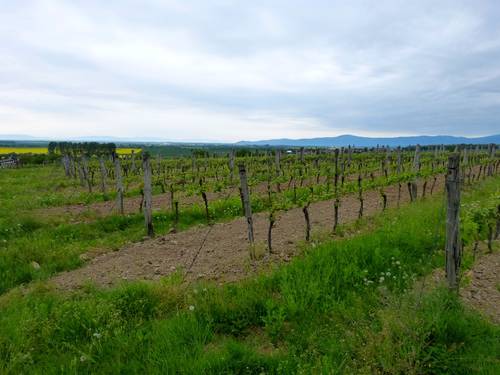 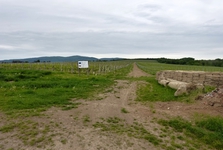 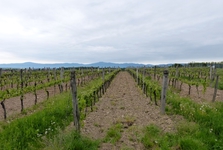 The findings of ceramics pointed to earliest known settlement of the town in 9th or 10th century.Of course, the village itself was founded later, in 1299. However, this time we were not interested in history but in whine instead. Grapevine growing began here in 1946 by a local guy. More joined later which resulted in formation of one of the most renowned vineyards in Slovakia. While still on our way we observed well-maintained vast fields of wine. The craft of local wine growers made the village even a place where the Institute for Wine Research (VUVV) had its headquarters. However, a change of owners, lack of interest by state, and lack of coin caused the area to fall. Fortunately the hard times are gone thanks to good soil which helped small wine cellars or wine-growing families to grow. We have visited one such wine cellar. 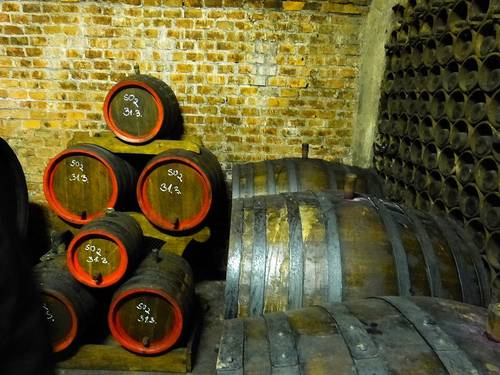 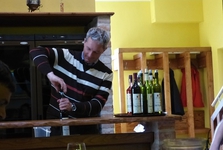 Cold temperature in a wine cellar was pleasant while taking a tour which introduced us to grape processing, cultivated sorts, and how grapes are stocked and how they grow. Then we had a degustation. Of course a modest one. Then we heard some stories about wine and it was almost the evening, all of a sudden... 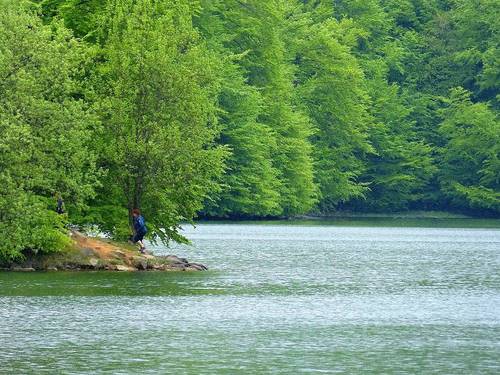 On the following day, we set off to the Vihorlat Hills , to the national reservation of Morske Oko . There we saw a lake of the same name. We get to a car park at Remetske Hamre (Krivec) village by car. Following a blue tourist trail we reached the lake’s shore after fifteen minutes. The largest lake of the Vihorlatske Hills and the third largest lake in Slovakia and the largest non-karst lake in the Carpathian mountain range boasts with one of the most beautiful sceneries. Morsko Oko used to be called also Velke Vihorlatske lake. It was formed after a massive land slide which filled the valley of the Okna River. Behind this barrier a lake was formed. 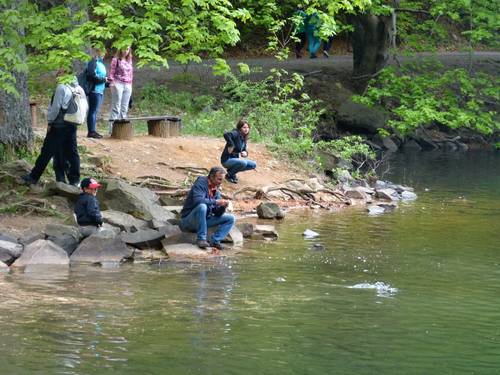 The lake is surrounded with forest. Above looms Sninsky Rock . After one and half hour of climbing you will be rewarded with beautiful vistas of Snina, the Slanske Hills, or polonynas in Poland. Rock bars are secured by iron stairs. Therefore, it is safe to hike there if you don’t do anything stupid. Both natural sights are within the protected area Vihorlatsky Primeval Forest which was put in the UNESCO world heritage list in 2007. It was mainly due to rare plants and beech forest hiding trees over 200 years old. 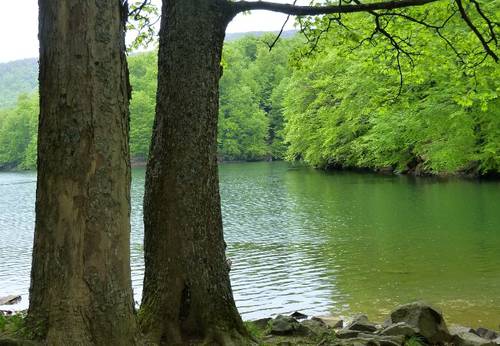 We didn’t intend to climb on local peaks. We rather approached the lake. We got on a projection from which we observed green water where many fish swam. Six springs feed the lake with water. There are many andesites that make contrast to fine sand. The lake is more than 25 meters deep. Its widest points are 312 meters from each other, the length is 750 meters. 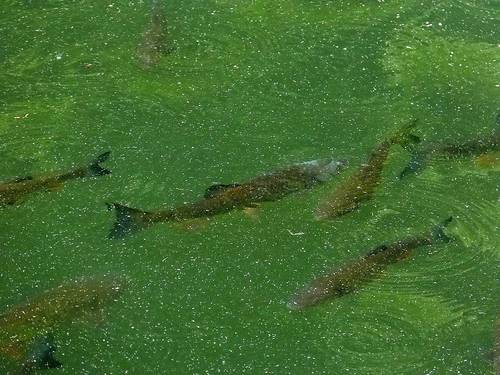 Close to it is the Morske Oko hut and also Morske Oko church where tourists can pay for accommodation or buy some snacks. Once there used to be even a railway. Today, only an exhibition of an old locomotive reminds of railway’s operation. You can find it at the edge of Remetske Hamre village, the point of start and finish of our trip. We made one last look at the Vihorlat and set off to discover other natural sights.