We will visit the saltworks pelvic area, in the past served as the mining and processing of Prešov salt, which is not in technical monuments in Slovakia unprecedented.
Saltworks today ´s unique technical monument

Today the visitor can admire this interesting museum unique complex technical objects originating from the 17th century, which were used for pumping and cooking salt from brine. 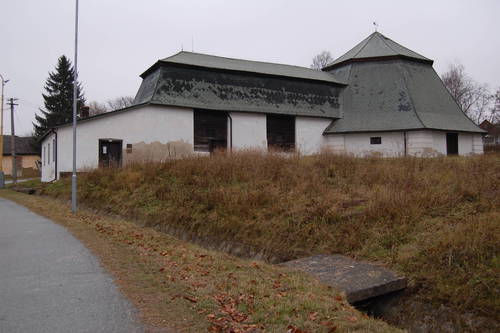 raction device called "gápel". It is here that a tour of the museum with expert commentary begins. There it is possible to see a very old but still functional pulling machine and later used electric traction equipment. You can also look into the pit with brine, which, after extraction into storage tanks and eight wooden stands on the stone terraces on a slope, each of them had the contents of 1320 hl. In this building, visitors walk along the wooden walkway above the tanks. From the last tank brine by gravity seduced into and then preheat the evaporator pan. At the turn of the 18th and 1

9 century built two brew houses – František and Ferdinand. Till these days was preserved only one of them – brew house František, but even this one have no original form, because it was destroyed by the great fire. Today you can see the exhibition with many period photographs, but also a number of interesting scale models. Obedient children that easily lasted nearly an hour tour around the museum, in the end they can test the models on their own. So not only the smallest ones, but also we older will certainly understand how this whole ingenious system works. In the salt brewing guided tour of Prešov saltworks ends.

Road salt, however, continued. From brewhouse salt was transported to warehouse in small wooden carts on rails. From the wareh

ouse but nothing much left, because it burned down in 1986.

Area of ​​the former saltworks used to have more multiple objects, but now it is just a building without the appropriate technical equipment. For example “turňa” - a bell tower, built on a hill, in the past served as a beater. By knocking on the board communicate to the miners as the beginning of the time or other significant event or incident. In 1970 the whole area of mining salt was declared as national historic landmark.

In the end a little of interest

Perhaps you have ever heard of the beautiful local lace. Saltworks was previously known as the centre of knitting lace. For spouses and children of local miners were lace works another welcomed source of income for the whole families.