Musée des Beaux-Arts is the first stop of tuday. Many call it the most important arts museum right behind the Louvre, Paris. The museum is sitauted in Palais Saint-Pierre, a 17th century structure, formerly a Benedictine convent. 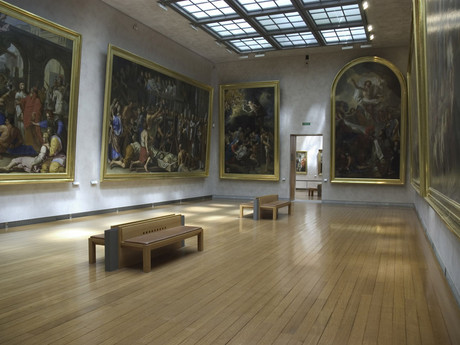 The musuem holds one of the largest art exhibitions including fine art, statues, antiquities, decorative items spanning from ancient Egypt till the present day. In addition, there is amazing collection on impressionism. The famous names you can see here include Delacroix, Rembrandt, Rubens, Monet, Gauguin or Poussin. If you visit museum's web page, you can even see 30 digitalized paintings in high resolution. 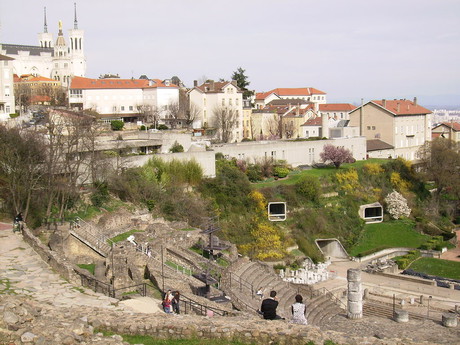 Now we leave the museum of art for another one. Musée de la Civilisation Gallo-Romaine is the museum devoted to Gallo-Roman civilization. It documents the ancient history of the city which was founded in 43 BC as the Gallish capital. Jugs, tomb stones, mosaics, statues, coins or ceramics all found during excavations in Lyon or Saint-Romain-en-Gal, and Vienne, two nearby sites. The highlight of the collection is monumental statue of Heracles or huge floor mosaic depicting the gods of the ocean covering the area of 100 m2. 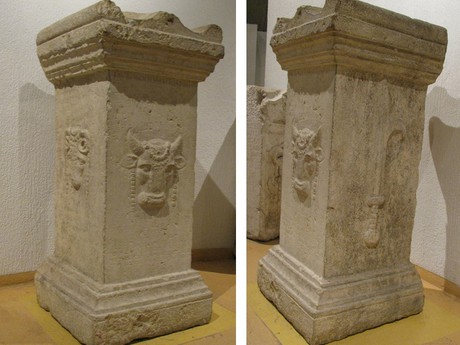 There also are some sacral sights you need to see such as Notre-Dame de Fourviere basilica on Fourviere hill. The basilica was constructed between the years 1872–1884. It combines Gothic and Byzantine style. The interior is rich. Also, get on the top of the northeastern tower which gives you an amazing vista of Lyon and the surroundings. 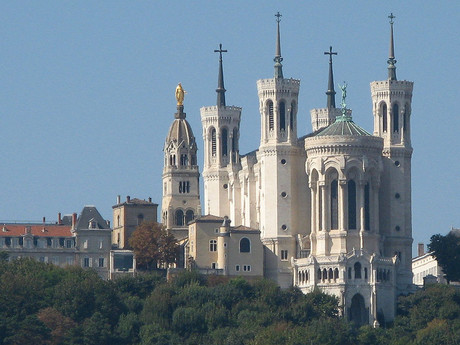 Apart Saint-Martin d'Ainay abbey we recommend you to take about half an hour long walk across the river to the basilica which is the oldest church in Lyon. It was founded in the 11th century on the place of former 4th century Roman church. It is an amazing example of Romanesque architecture.