Statues of Liberty
As we slowly moved towards another sight of Paříže along the Seiny. We admired picturesque surroundings and in the same time we read our guide book. A large surprise was that there are four Statues of Liberty in Paris. Maybe even five if we count its parts. The most famous of them is, of course the one in New York. It was shipped there from France while separated into 350 parts. It was erected in 1886. Its architect is Frédéric Bartholdi. The inner construction was designed by Gustave Eiffel. The premiere of the statue was in Parise in 1878 during the World Fair. Today, we can see its scaled copy near Pont de Grenelle. Despite it is only 10 meters high it is impressive. Another Statues of Liberty might be found in the Luxembourg gardens, Museé des arts et métiers or in the form of a torch near Pont de l'Alma. As the statues were not the goal of our trip, we left out the possibility to see them. 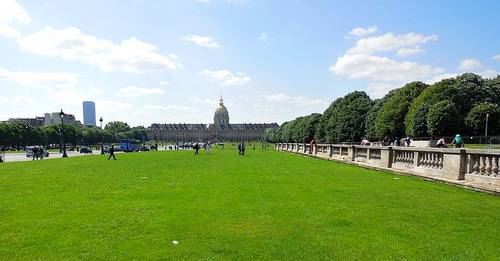 Les Invalides and a golden dome
After a short walk along the banks we turned right where were large greens. Locals used them for free time. Either they were doing sports, or just laying on blankets. Across the center of the gardens runs a road crowded with buses with tourists. At the end of this interesting space, the building of Les Invalides was tanding proudly. Its most impressive dome shined as a jewel thanks to sun rays. 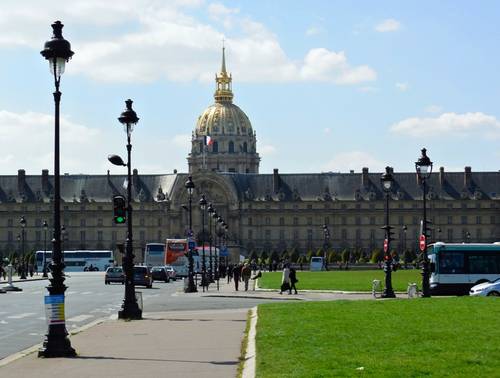 Upon our arrival we had learned that there are couple of museums and interesting places. The whole complex was built in the 17th century by King Louis XIV as a home for elderly French soldiers. He wanted to express gratitude for their brevity in their fights with enemies. Military veterans have had literally royally, received here the best wine and food, was set up here and the hospital. It comes along with a home for war veterans still located today. At peak times, there were a whopping 4,000 veterans.. 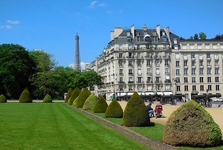 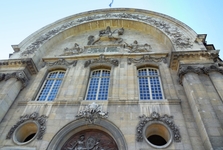 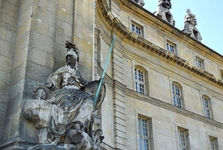 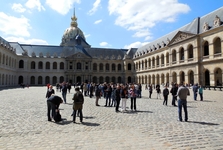 Of these museums are located here called. Museum of weapons or military museum (Musée de l'armée), where you can military weapons , stroje, equipment from the Stone Age to the present. & nbsp; There is also a National Institute for the Disabled and there & nbsp; or tomb or crypt war generals and heroes. Certainly the most famous is the tomb Napoleon Bonaparte in the crypt under the dome Mansartovým ("golden dome"). In the house there are also classified military-strategic models of cities that have been produced manually. Their disclosure occurred only 40 years ago. 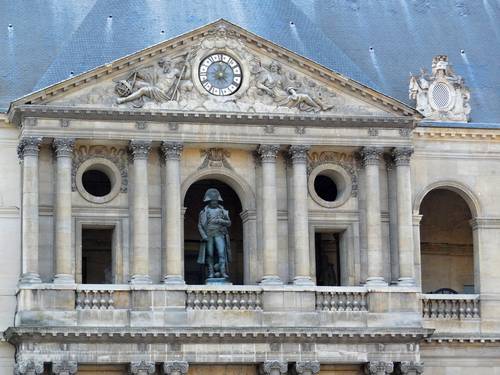 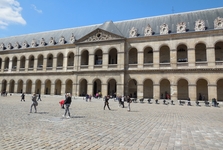 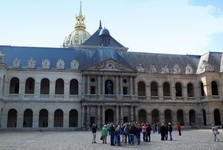 The actual construction of the Invalides must say that it is a beautiful historic complex with 15 squares and a dominant dome, which is regarded as a triumph of French Baroque architecture. A model for this building was St Peter’s basilica in Rome. Its surroundings complete the parks and parks and the ubiquitous military guns and other commemorative monuments. 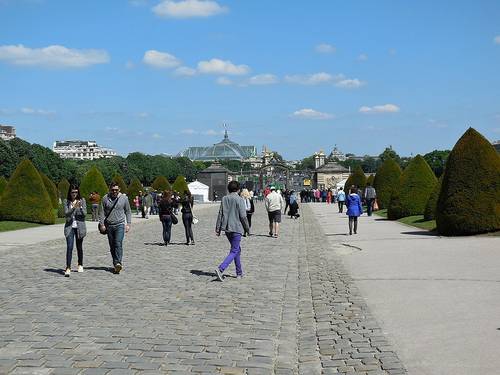 We enjoyed this spectacle only from the outside to have another reason to return to Paris. And so full of "military" impressions, we continued to wander the city on.Our next stop will be Petit Palais and Grand Palais . But you will learn about it more next week.
Text a foto: Oskár Mažgút