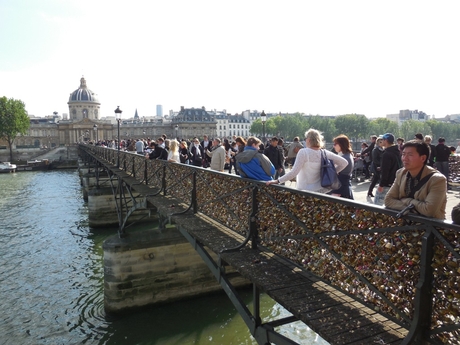 The Pont des Arts joins Louvre located on the right Seine’s bank with the French Institute located on the left bank. The bridge is accessible only on foot and by bike. Bikers usually, however, do not cross this bridge as it is overcrowded as we have witnessed. It took us around 10 minutes to get on the bridge from the Tuileries Garden . We appeared in the world of locks hanging on both sides of the bridge, on lamps, and on everything one could hang a lock. We have seen locks hanging on bridges on our travels, however, now we were in awe. It seemed the number of locks here is infinite. 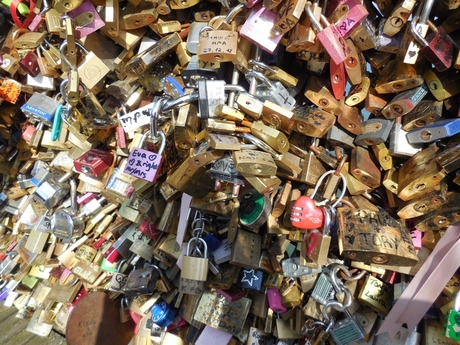 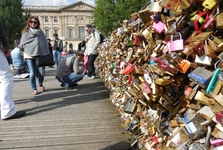 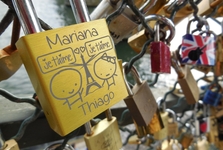 Nobody knows how this tradition emerged. Today it is highly popular. Even we did not hesitate to lock our lock on the rail, or rather around another lock. Then we threw the key to the Seine, to lay there forever. Beautiful tradition and also popular thing among tourists. Yet officials of Paris sees it as a damage to public property. It has been acting by issuing bans on hanging locks, or taking them away etc. But always new locks hang there later. One idea is to build a large iron bridge that would be designed for the locks. When we saw the crowds we tought that it would take some time to implement this measure. 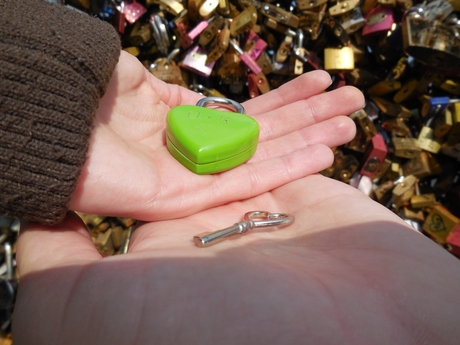 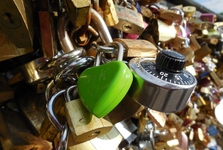 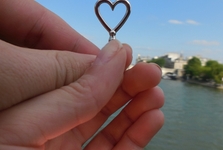 We shortened our break on the bridge by reading guide book. We learned about couple of interesting facts. The Pont des Arts was named after Louvre, which was called Palais de Arts during first empire. It was built in 1801-1804 as a pedestrian bridge. It was the first iron bridge in Paris. Originally, it had 10 arcs, yet later the number was reduced as the banks were rebuilt. Today there are seven arcs. The bridge was declared a national landmark in 1975. This however came too late. The bridge was so damaged it had to be closed. Later, in 1981 to 1984 it was renovated and ceremonially opened to the public. The renovation held true to the original look of the bridge. Iron construction and wooden floor stand on stone pillars 155 meters long and 11 meters wide. 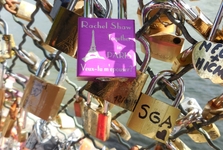 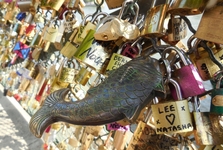 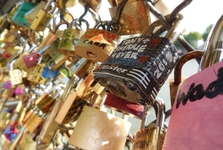 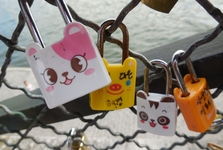 The Love Lock Bridge is not famous only for its locks. Its fame sparks also from the cinema. It was filmed in many French and foreign movies and series. Some of them are Le Pont des Arts, Bourne Identity, Amelie from Montmartre, 2 Days in Paris, or Paris, I love You. 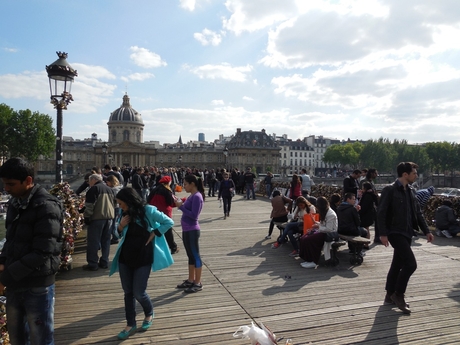 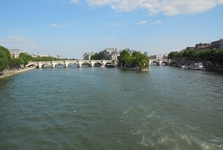 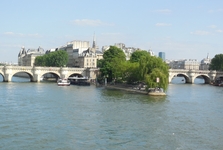 You should make a stop here. You don’t have to be in love because seeing locks from all around the world will be a nice addition to your trip. Later we observed that they had to move tourists away from the bridge this July as the bridge started to collapse under the weight of the locks. This “curiosity” was in all media. But a closer look on the photographies showed that only some rails collapsed, not the bridge itself. Even this didn’t repel tourists from getting back on the bridge after repairs were finished. 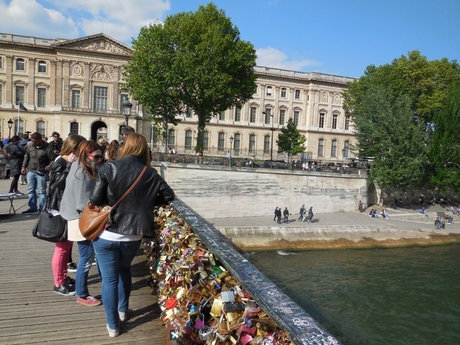 With pleasant feelings we finally moved to Louvre. We will tell you how our visit looked next week.