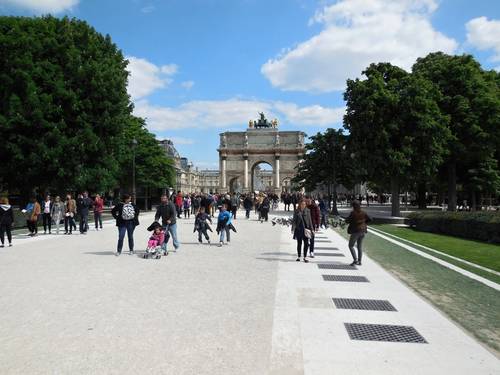 Arc de Triomphe du Carrousel was built in 1809 by Napoleon’s order. Unlike the “large” Arc de Triomphe this one is passable in all four directions. The reliefs depict battles of 1805, the capitulation in Ulm in 1807, or the celebration of the victory of Slavkov. At the top, there is a Quadriga (sculptural depiction of a four-horse chariot) that depicted bronze horses of Constantin I. This sculpture is a copy of the same chariot in St Mark’s basilica, Venice. 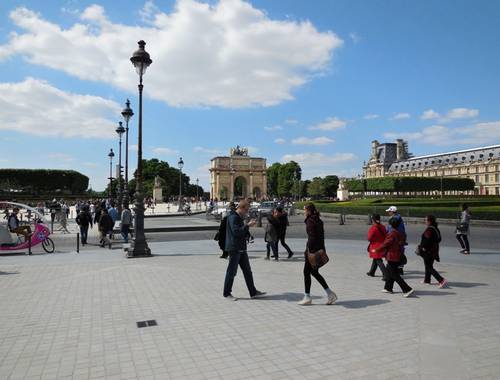 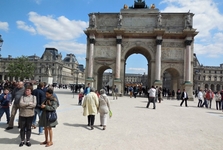 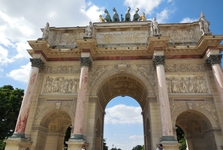 Sort of a presage to interesting experiences we had at the “arc de triumphe” put some excitements to our veins. We hastily went to the glass pyramide which serves as the entrance gate to the Museum of Louvre. We had the same feeling as we would be in the Da Vinci Code movie, a film adaptation of Dan Brown’s book. 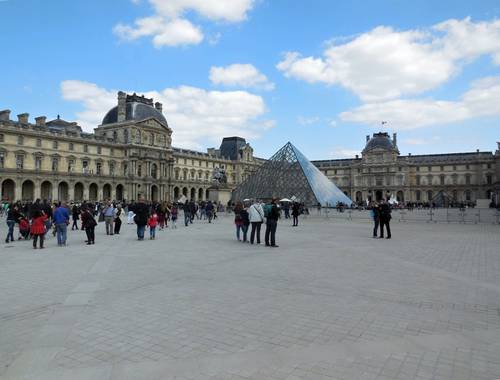 After short waiting, to our surprise we suddenly were in huge modern pyramid with escalators. We took one down to the underground. There in the middle ,there was information stall, and around were ticket offices and entrances to individual pavilions. 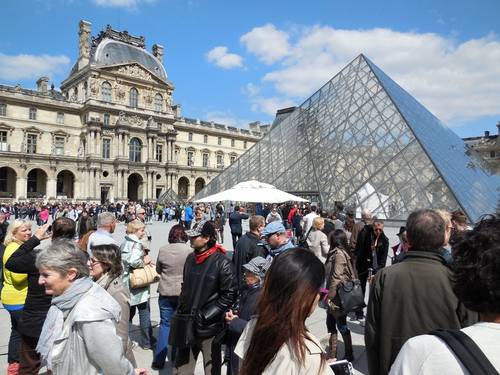 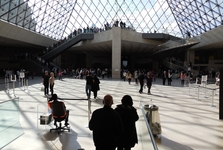 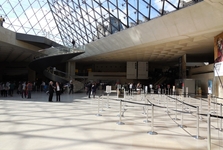 Having in mind that we are in one of the largest museums of the world, in the heart of Paris made us stop in silence for a while. We breathed in the genius loci. Crowds of tourists were passing by us.

After a while we sat down to read short history of the place, once the residence of French Kings until Louis XIV built Versailles. The palace was built on the place of former castle in the high-Renaissance era. Its façade shows details that could be ascribed to the Baroque, Renaissance, and even Classicism. This masterpiece had been growing until it joined two royal residences – former Louvre and Tuileres Palace, a half-kilometer away from each other. Unfortunately we cannot see it in the full of its beauty today. Tuileres Palace burned down in 1871. 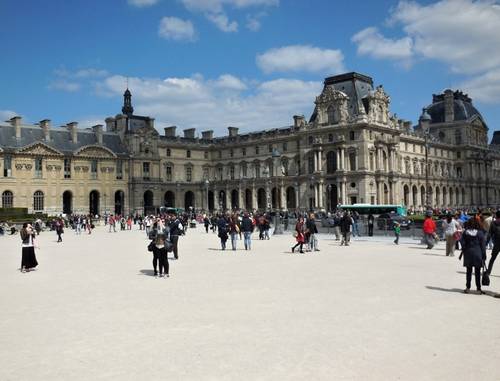 Louvre consists of several parts. Going from the so called Old Louvre through a courtyard of the square shape to "Cour Carréee" you would see two galleries standing opposite to each other. In the middle they are connected with two other building. These buildings together form the so called New Louvre. Each has three inner yards. In case you are getting lost in our description don’t worry. Fortunately, it is really easy to orientate in this fascinating complex. 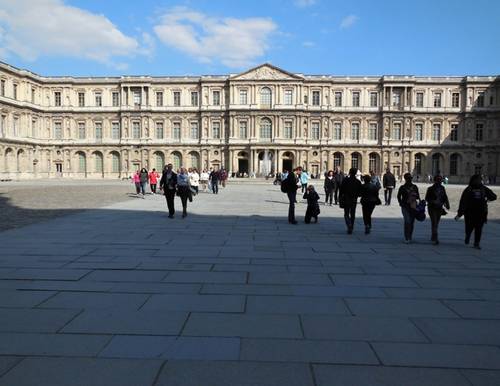 We had to stop reading about history. It is so deep that we wouldn’t do anything but it on that day. So we just left “studies” be and went to explore. There are more than 35 000 works in Louvre. If you want to spend at least a minute by each of them, the whole tour would take you really long to complete. 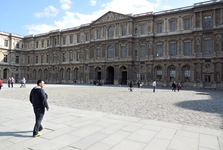 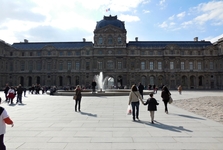 The foundation of the collection was laid by King Francis I. The collection has been opened to the public since 1793. The collection vastly expanded already in 1800. Mostly it was thanks to Napoleon Bonaparte. Richness of the collections is really impressive. The museum holds more than 5000 paintings, historic furniture, or sculptures. It is just a fragment of what you can see in Louvre. 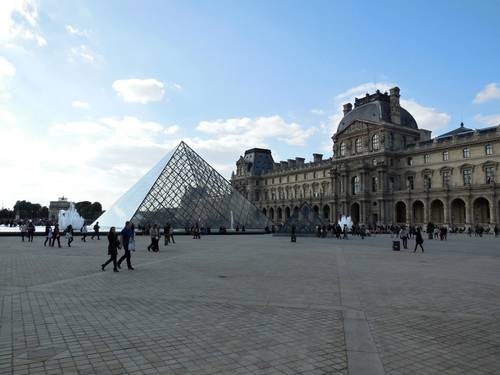 Upon getting our tickets we could go to one of the three pavilions interconnected at specific areas. The pavilions are Richelie, Sully and Denon. We did not think much over what pavilion to choose as the first. We simply went with the crowd rushing to the most visited painting in the world. What painting it actually is and what more we saw in Louvre is a matter for the following article.