So we appeared in a large room. There Mona Lisa was looking at us and smiled at us through a bulletproof glass and a box with its own air-conditioning. The crowd was so large that we left the idea to see it from up close. We enjoyed the painting from the side. 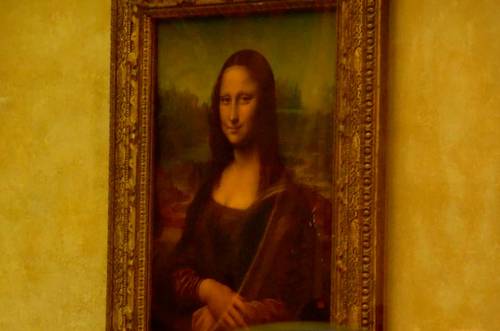 More than 500 years old unique painting is veiled in mystery. The question is if Mona Lisa’s smile is a happy one or a sad one, and also who she was etc. Still, it must have been years until the painting had been completed. The painting consists of thin color and glaze layers. Only recently it has been found out that there are other versions of the portrait under the top layer. For instance, on one of the Mona Lisa has an animal in front of her. But it is certain that this work was made out of love . The question of smile was resolved by a computer. It computed that Mona Lisa’s smile is a happy one, to the certainty of 83%. Mona Lisa is so popular that her admirers send her letters every week. In 1911 the painting disappeared, because employee Vincenzo Peruggia extracted the painting from its frame. Years later, Vincenzo attempted to sell the painting to an Italian gallery. Yet he had been caught and the painting returned to France. It has been guarded closely ever since. 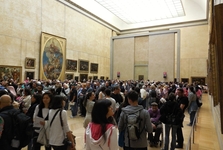 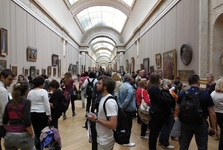 Upon entering the room with Mona Lisa, we did not note a painting hanging on the opposite wall . When we noted it finally, we were surprised. We asked ourselves how it was even possible. It is the largest painting in Louvre. Its size is 6,8 x 9,9 meters. It was the Wedding in Cana of Galilee by Paolo Veronese. Unlike Mona Lisa – we enjoyed this painting. 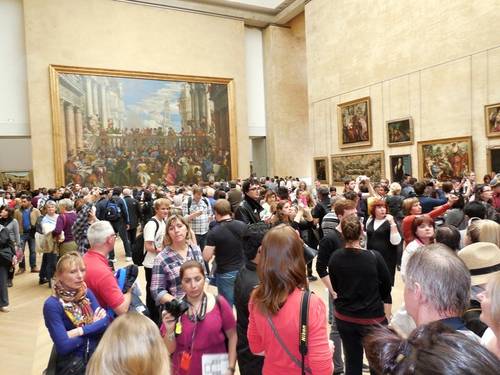 We went from one room to another and enjoyed the works of giants of art like Botticelli, Giotto, Raffael, Rembrandt, Goya, or Michelangelo. We could take a peak on the fragments of statues from Athenian Acropolis, Egyptian sarcophaguses, and other antiquities, antic and oriental ceramics, or ethnographic collections. 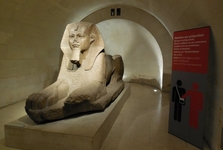 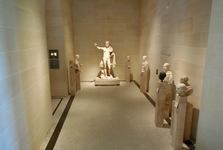 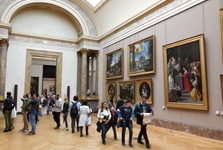 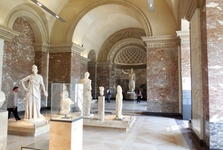 Hours of walking made us tired, and the time for our departure came. We headed to the second most visited item in Louvre, the statue of Venus. This ancient statue made in the second century B.C. captures the look of the love goddess. She was born out of sea foam. The statue in really bad shape was discovered in the ruins of the ancient city of Milos in 1820. The city gave the statue its name Venus de Milo (Aphrodite of Milos). Then it was loaded on a French ship and sent to French King Louis XVIII who gifted it to Louvre. The staff of the museum put the precious statue together, only its upper limbs are missing because the renovators were not sure about relation of the other fragments to the statue. Despite this the statue is still one of the best examples of Hellenic art. During the second world war there were concerns that the statue would be destroyed or stolen. So the staff decided to move it to the countryside until Paris was safe again. We were amazed by the skill of the statue’s creator. Unfortunately, we had little time to spare so we headed to the exit from the museum. 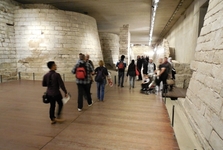 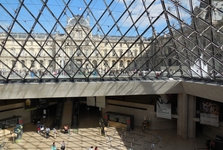 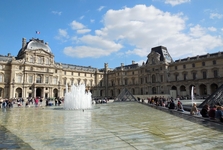 It was a good decision to see Louvre as a farewell to Paris. It was a symbol for us of everything we experienced there. Art, history, and cultures left in us deep impressions that we shared with you in 34 articles about the city. We hope you enjoyed our journey and that you are inspired to visit this city. 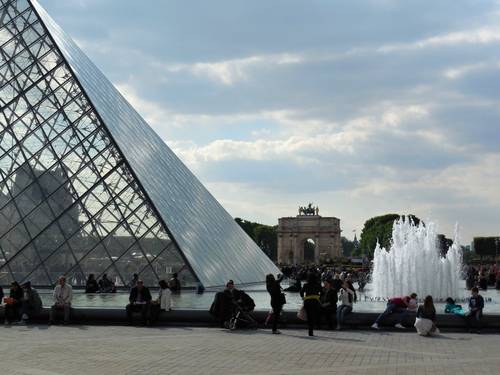