The first land (as goes for the zones the park is divided into) is also a great new feature in the park. This land is Ireland. This should be designed mostly for families with small children. 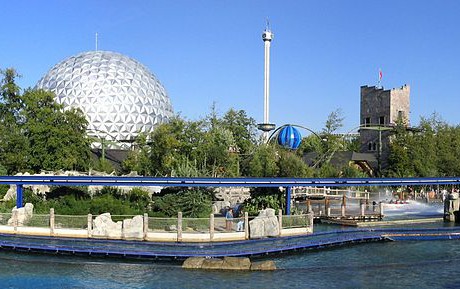 Alpenexpress Coastality is an interesting new ride, especially when you are a VR fan. It is the first VR coaster in the world. Large part of it is an actual roller coaster. You sit in a carriage which looks like a historical train. Then you put on your VR headset which is going to take you into The Secret of Balthasar Castle movie.

Let’s get back to see the individual lands in the park. We start in 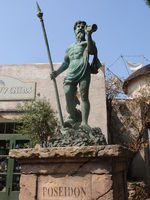 Greece – the land of gods, heroes and fantastic Mediterranean life. Mykos tavern makes it even more authentic. They cook there

famous Greek delicacies such as mousse, or gyros. Next to old Greek temples there are also other types of buildings. Some of them draw their inspiration from houses on the popular Santorini island.

You will have a lot of fun with Cassandra’s Curse. Old Greek mythology has it that Cassandra was the daughter of Priam, the King of Troy. They say she was so beautiful even Apollo felt in love with her. He was the most beautiful of gods.

Longing for her love he promised her that he would give her the gift of foresight. However, she did not fell in love with him. He cursed her. Nobody would ever believe her predictions. When Cassandra predicted that a large horse would destroy Troy they did not believe her. And you know what happened to Troy... So that’s about Cassandra’s curse . 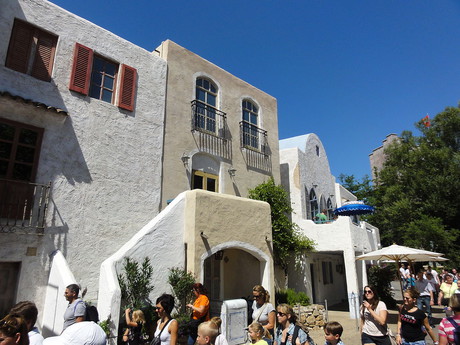 Cassandra’s Curse looks inconspicuous from outside. It looks like a Byzantine style church. However, the inside is made in the ancient Greece style. Everything starts spinning with you. Therefore, you loose every sense of direction or space...