We adults have returned to childhood years. And our kids felt like in paradise! I'll never forget when we parked in the spacious car park and children saw the huge gate built of colorful lego bricks. We were stunned… 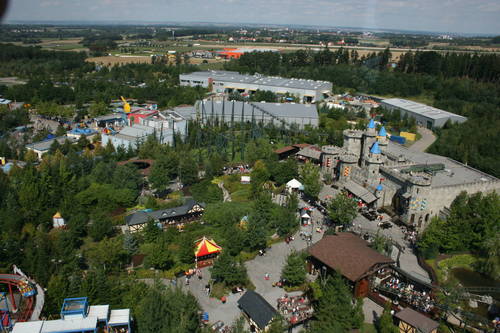 Behind this fascinating gateway offers Miniland , which is built from around the 25 million lego bricks. World diminished in scale 1:20. Before you is a miniature Eiffel Tower, tiny Venice, a mini pyramids of Egypt, the White House, Dutch Mills, Port of Hamburg, Berlin, Airbus A380, which rolls along its runway, moving cars, trains, ships, legofisherman who hunts fish. In addition, you may press the button to start the fountain and much more ... Simply beautiful! 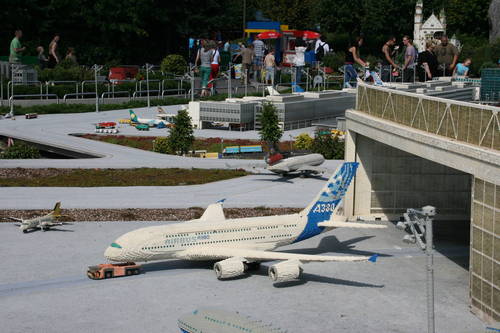 Munich Allianz Arena consists of a million bricks. It is nearly 5 x 4.5 x 1 meter large. It dominates all other miniatures and is really perfect! After pressing the button all other visitors start photographing the thing like crazy. On the football stadium and see the backstage: dressing rooms, parking, cooks preparing food ... just great! 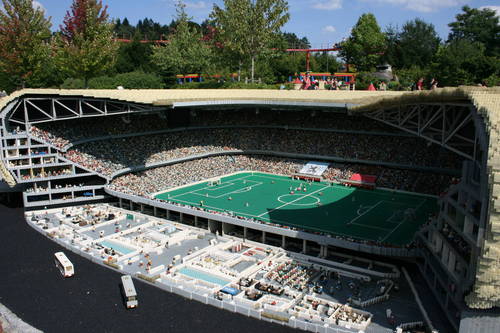 Lego Arena, place to place during the day various performances, we saw the Chinese national circus, circus performers, clowns, etc. It was quite long, but worth it. 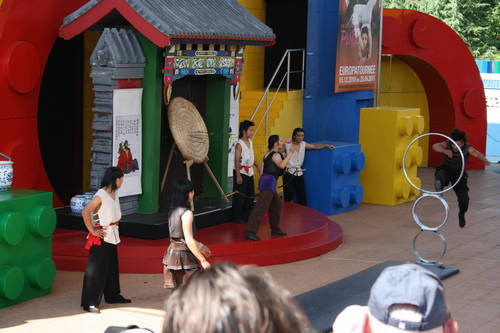 Lots of animals and figures life-size, built of nothing other than lego blocks. 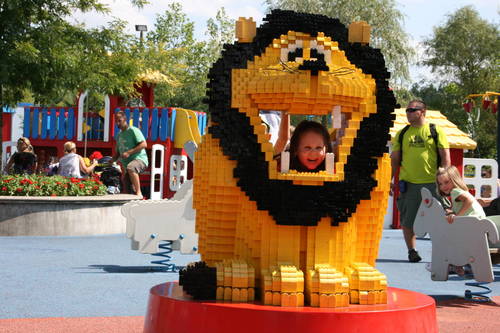 Definitely recommend you ride a train Legoland Express of the Legoland or Bionicle Power Builder , which is the perfect adrenalin attraction, which is located on the shoulder seat for two, which moves in different directions.

Hyundai Driving School - cars to electric drive for children under six years - driving around the circuit and the end of the ride you will receive a certificate, our daughter got my driver's license. 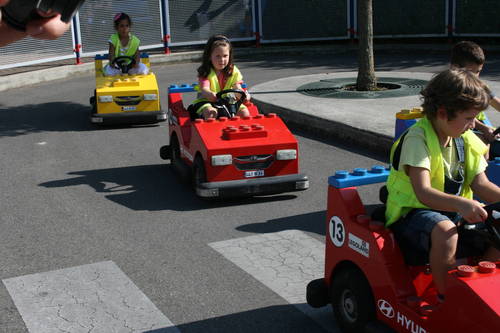 Also try to be a water fall of 12 meters, which you slide down on the boat.

Only my husband with daughter were there. I wouldn’t do that… They will you a raincoat if you do not drench, but without it you will surely enjoy more fun.

Atlantis by Sea Life, Here we watched a movie about the legendary Atlantis (in Lego style) and then followed by a walk through a tunnel where all the pieces under water, diving bell, various buildings sunken city of Atlantis built from Lego bricks, which pass through sharks, moray eels, stingrays and tropical fish. These depths of the ocean, you may see in a 8 meters long tunnel.

„ Legoland will not want to leave, because this troll world is really gorgeous, perfect replicas, lots of playgrounds and attractions awesome!" 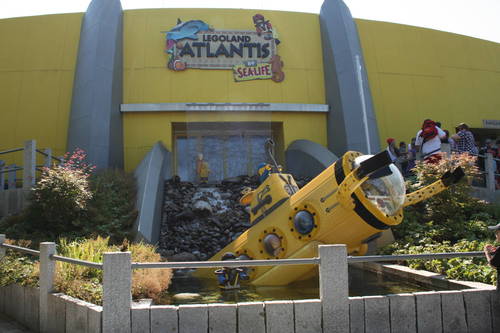 There is open daily from 9 April to 6 November from 10.00. For admission you will pay less than € 40, children under 11 have small discount but you will get good deal if you book your tickets online.

Family ticket bought at the box office cost € 144. If you purchase it via the Internet, the price drops to 99 €. Using the latter option - you pay with a credit/debit card, in a following e-mail then you get a PDF file with a bar code that you print as it can go up to four people to the park. Parking will cost € 5.