You can get some maps, brochures and useful information at the tourist information center at the train station. Thanks to that you can manage to do your own city tour without a tour guide.

The city of rich history and modern atmosphere
O Old-town town-hall is originally a Gothic-style building built in the 14th century. In 1882 it got its present renaissance look. The mayor has his office there. Right next to it is a new modern city-hall with a coffee bar and a shopping arcade leading to Viktualienmarkt square. As the name suggests there are regularly held markets where you can buy local products. The place is filled with Christmas market in the winter season, stalls are reaching as far as to slightly worn-out municipal theater. 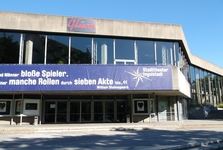 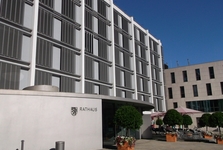 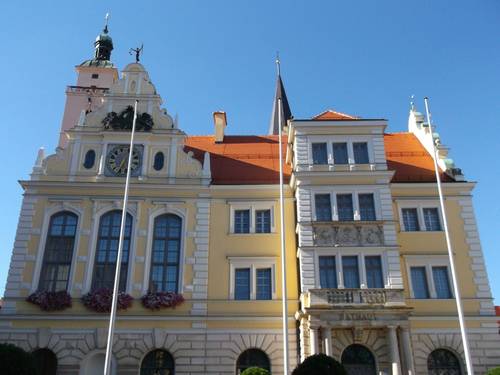 Unusual museums
In a gothic New Castle on the Danube’s riverbank there is the Bavarian Military Museum . Ludvig VII built the castle in the middle of the 15th century. You can see old weapons, armor and various military artifacts related to Bavarian military past. Decoraded cannons are displayed on the courtyard. A baroque clock tower is located on the opposite side. You can get there by crossing Paradeplatz square with a fountain with a statue of Ludwig II of Bavaria. German Museum of Medicine History has a collection of medical tools since ancient times until the present. The museum is situated in beautiful baroque building of old faculty of anatomy. It has its own botanical garden with many herbs. Other interesting exhibitions are located in the Arts Museum, Toy Museum and in the Bavarian Police Museum. 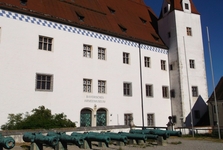 City’s landmarks
The cathedral of the Most Scared Virgin Mary, is a monumental church with massive roof and two towers.It is the largest late-Gothic church in Bavaria. A high altar made of several wooden tables provides a look into every day of the liturgical year. Only few meters from the cathedral there is the famous Gate of Cross , built in the Middle-Ages, a popular symbol of Ingolstadt. 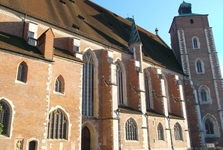 Svět aut
North from the downtown there is located Audi company in an industrial district. It employs not only whole Ingolstadt but also people from nearby towns. The area it covers equals to 300 football fields. It is literally a city within a city. Tourists would find intrestering Audi Museum Mobile. There you can learn more on history of the company and explore how design and construction technology of cars, bikes and bicycles has evolved. 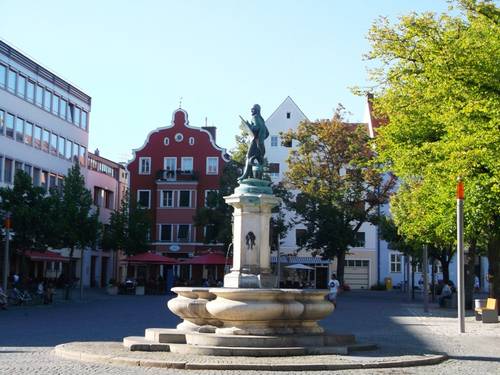 Mary Shelley found Ingolstadt so interesting city that she put the plot of her book there. Young Viktor Frankenstein studied there natural sciences and when he got the idea to create artificial life, there he conducted his experiments. This story is a great tourist attraction. There are special guide tours organized by the city. On these tours you follow pathways of this mad scientist.

Ingolstadt is a very lively city with many museums and sights worth seeing. Except the afore-mentioned, to many people it is appealing to shop here. Thus they can combine something pleasant with something useful.

Published: 3.1.2011
Bayreuther Festspiele, Markgrafliches Opernhaus and other places of interest of such locality as well as another activities, all these are offered to visitors and local inhabitants by this German town. The locality is situated in North Bavaria, on Roter Main river, easily accessible by car or by train, but also a connection by plain from near Nurenberg is also available.