Preserved medieval building timber frame houses, Rothenburg attracts filmmakers from around the world. As a representative example of historic Bavarian town used mainly by artists from Asia and America, even the last Harry Potter movie was filmed here. In many houses you can find traditional small shops with souvenirs, jewelery, clothing, natural cosmetics or sausages. There are metal plates haniging on most of these shops to look different among other shops. These tables also served as one of the earliest forms of advertising.

The city at your fingertips
Gothic Town Hall >Standing majestically on the market square. Tower Hall is open daily for visitors and a very steep climb up the stairs will reward you with a stunning view of the city and its surroundings from a height of 61 meters. In the passage under the town hall is even flea markets and secondhand. 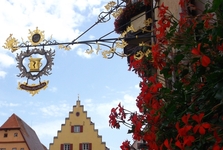 Christmas all the year
In winter, there are one of the most beautiful Christmas fairs in Germany. But that's not sorry for those visiting the city in the middle of summer, spectacular Christmas shop here works all year round. Located opposite the Town Hall and can not be overlooked. First of all, due to the large sled before the doors that are fully loaded with gifts and also because of the rich decoration and Christmas carols, sounding through the streets. 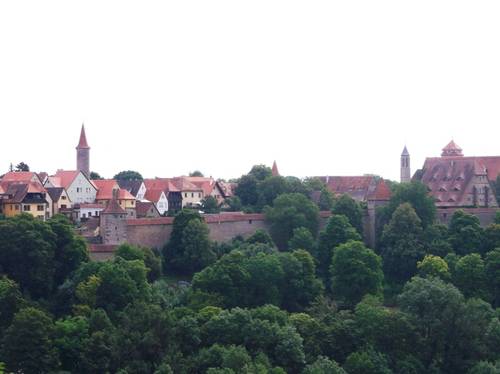 History of criminal justice
Also worth a visit even crime museum . On four floors you can see a variety of torture instruments and tools to punish criminals who torments of hell after a given grant deed. As a big plus could be described as eye-catching and mainly for laymen to understand interpretation nice guide who willingly answers all the questions inquisitive and brave even allow you to try for yourself some of the fearsome subjects. 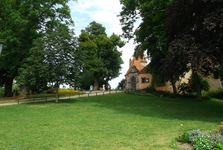 Snowy delicacy
Local delicacies for which there encounter at every step, the so-called Shneeballen , or snowballs. It's basically a thick dough is rolled into a ball, baked and sprinkled with either sugar or cinnamon, coconut, and everything else you can imagine. It looks really good, but tastes less so, because the dough is such a dry and not very good. The tea or coffee is such a perfect pastries. So definitely worth taking home at least a couple of pieces as small souvenir. 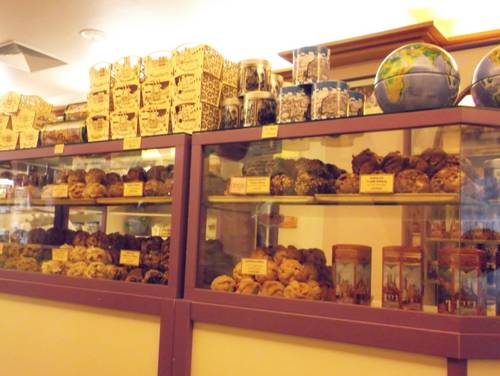 A day on the Tauber river is a small escape from reality. It's one of those places where historic buildings cheaply alternates modern architecture. Only cars parked in the small streets remind us that we live in the 21st century. Everything else remains as in the glory days, they should visit Rothenburg be compared to a trip to the past.