Who hasn’t some Jena-glass baking bowl? The glass manufacturing is as important as optics or light engineering. There were founded successful companies as Carl Zeiss and Schott.

The Carl Zeiss company is the company which built world’s oldest planetarium that you can actually find in Jena. In 1926 it was opened for the first time for public and even today visitors are amazed. It is a fantastic world of galaxies, stars, and planets. The planetarium offers kids some educational programs, as well as for schools, families or companies. The FullDome Festival regularly takes place in the planetarium; it is a festival of domelike projections. 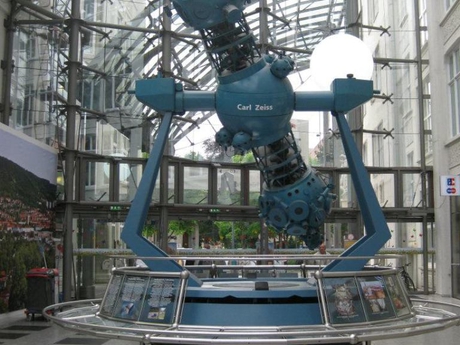 Interesting Things in the City Center

The historical center had been destroyed by bombing during the Second World War, however, in the period after the war it had been renovated. The evangelical St Michael’s Church is for 750 year the center of religious life in Jena. The patron of the church Archangel Michael is also since the 13th century the patron of the city, on the city’s coat of arms he is depicted as a dragon slayer. 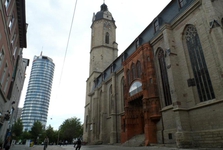 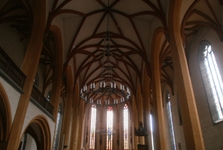 The late Gothic Jena city hall is known mostly for itsclock with "Schapphans"- a creature that always at the top of the hour tries to tear off the golden sphere. If he had been successful, it would have been the end of the world. It has been said it happened only once; nevertheless, the end of the world didn’t come. The sculptural group above the clock is, however, it is only an imitation. Together with a permanent exhibition of works related to the history of Jena, the original is exhibited in the City’s Museum . 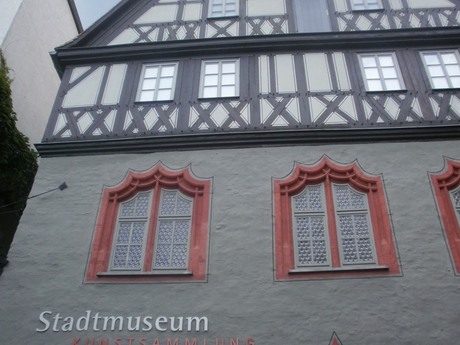 You won’t regret to also stop by in a tourist information center . Its façade is a feast for eyes  and shows mastery of Jena glassmakers. You can see there a joint of old with new – behind the modern façade from a colored glass are visible original beams and old stone walls. 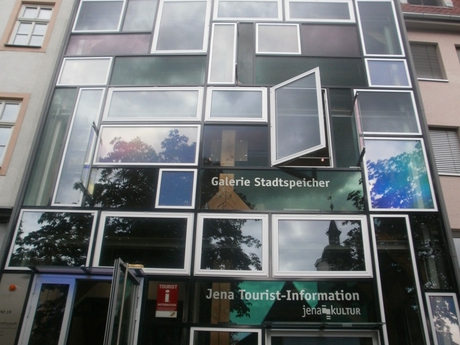 The city is dominated by a 29 store office building Intershop Tower better known as Jentower, which you can see from almost any place in the city. Jentower isn’t that interesting by itself, however it pays off to get up to an outlook platform where is a beautiful city panorama.

We couldn’t miss Schiller’s Garden House hidden somewhere between flowerbeds and bushes. There were created glorious works of art as Marie, Queen of Scots, or The Maid of Orléans. A stone table where writers Schiller and Goethe gladly discussed after a good lunch has been preserved for visitors. 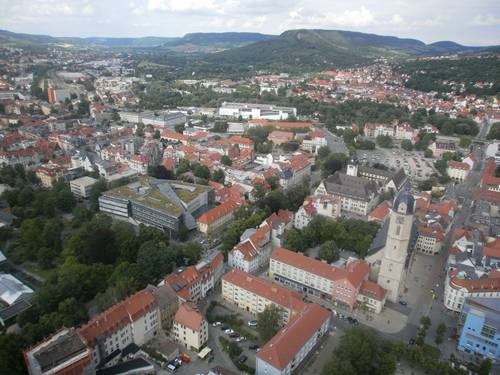 The City Full of Students

Nevertheless, the city doesn’t live only on its history. The opposite is true. It pulses with life; there are many young people. A vast offer of cultural and leisure events. Together with the River Saal surroundings it creates amazing conditions for a university city. 25 000 students find here their home every year and the number grows. Thanks to students and young scientists, the city belongs to the youngest in Thuringia – the third of its population is no more than 27 years old. Except for universities, Jena has also many laboratories and scientist institutes. Thanks to that Thuringia is an educational center and in 2008 it got the title "the City of Science ".

Despite Jena is an old and from a historic perspective an important city, it is a lively city and you can feel young energy here. Locals got used to current trend, however, they also respect values of their ancestors.