Christana Wolf a German writer said about Weimar that it is the most horrible city in the history of Thuringia.

A well-known image of Weimar is a view over the Theaterplatz Square - a high statue of Goethe and Schiller and in backgraound there is the National Theatre that was built on Goethe’s order. You can see these two writers on every corner in the city, because their life here deeply influenced a cultural life in Germany. During our visit of Weimar we had a possibility to get know them from a different angle – not only from literature textbooks and from what we know about their works, but also more from a human perspective. During a visit of Goethe’s and Schiller’s houses you can easily imagine on what types of couches they sat, from what type of dishes they ate, or how they working tables looked like. In the Schiller’s house  you can even try to write with a goose quill and ink. This will appreciate rather children who aren’t that interested in a lecture about lives of Goethe and Schiller. 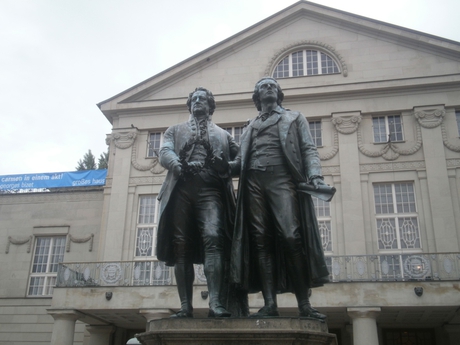 Due to the fact that we are in “Mecca” of German literature, it would be almost a sin to not to visit the library of duchess Anna Amalia that was established in 1691. A devastating fire broke out there in the recent past and many damaged books are still being restored. An opulent oval hall in the style of rococo with old books, paintings and statues of the greats, is open to visitors and is worth visiting. In front of the building is an  equestrian statue of Karl August, the grand duke of Saxony-Weimar-Eisenach. On a big square Marktplatz there is a three-storey neo-gothic city hall - one of other well-known symbols of Weimar. On the other side of the square is a luxurious hotel Elephant, which once hosted all businessmen and important figures 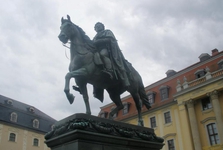 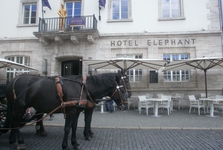 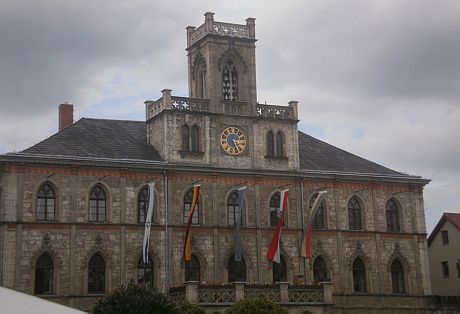 Horrors of the time not that long ago

However, we must admit Christa Wolf was right. We hadn’t walked only in steps of the German classics, but we had learned about a darkside of German history. We visited nearby Buchenwald internment camp , which, allegedly, remained unknown to locals. There, thanks to an extensive lecture of our guide, we gained even more accurate image of terror that happened here. A permanent exposition of private items gives you goose bumps. A cold iron sign on a gate says Jedem das Seine - To each his own. You can feel the same coldness in the whole area. At moment, when Americans take over the camp, the time stopped here. Literally. The clocks still, for years, shows a quarter past three – they remind us of time of the liberation – April 4th at 15:15. 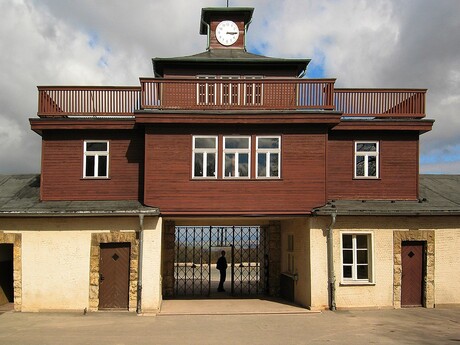 A lot of greenery

A great park along the river Ilm is ideal for  for a peaceful walk, family trip or picnic. There are vast open green spaces and many corners in shadows of trees nearby the river. At this lucrative place Goethe had his garden house - a gift from his friend Grand Duke Karl August. Despite the environment looks as if created only for relax, Goethe was used to work here. So, when you examine the house and its surroundings, maybe you will find out, where he got his inspiration. 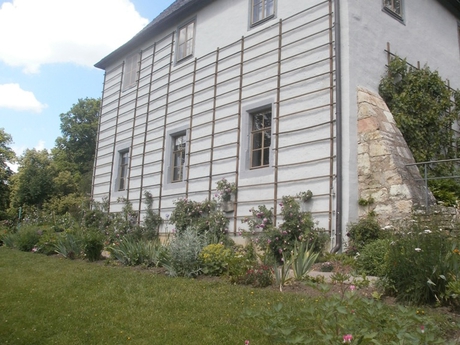 Weimar is a sample of both types of history – beauty of art we can admire, and horrors of war we should know to never repeat them. This city is truly full of history and will left visitors full of impressions. 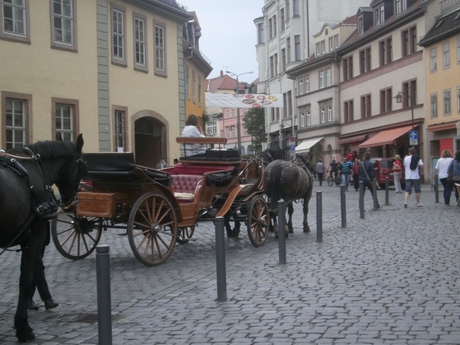