Church and a Chapel
The courtyard is usually overcrowded with tourists waiting for a tour in the St George’s. The church was built in the beginning of the 18th century by the Asamov brothers and is considered a masterpiece of late-Baroque in Germany. Rich interior decoration is breathtaking. Wall frescos depict also journeys of Christopher Colombus and Benedictine missionaries to America. There is a small chapel that stands on Frauenberg hill above the monastery. A way of the cross goes there. There is a beautiful view over the Danube. 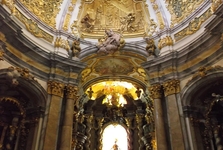 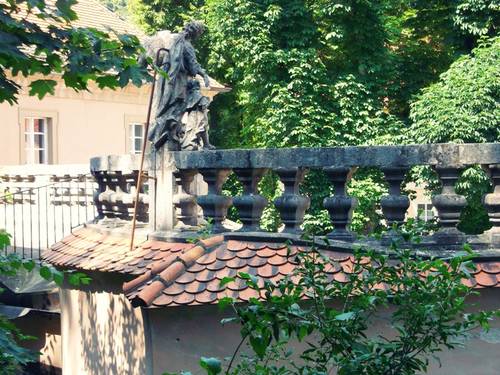 Brewery in the monastery
There is a nice place to have a lunch in a restaurant standing under chestnut trees, you can regain strength there for the rest of your trip. There is a tap beer brewed in the monastery since 1050. It is the oldest monastic brewery in the world . They make all kinds of beer, the special one is dark 13.

Once you finish your tour in the monastery you shouldn’t miss a cruise on the Danube down to Kelheim. There is about 6 kilometers long straight lined with white rocks between these places. It was declared a natural landmark in 1840 during the Ludwig I rule. The narrowest point is only 70 meters wide! They also offer local beer and Bavarian specialities on the ship. The cruise takes about 20 minutes, thus it is not necessary to order many things. The boat takes passengers to Kelheim right under the Freedom Hall. It is a 59 meters high memorial of the Napoleonic wars built during the years 1842-63. Statues around the memorial represent 18 German nations and regions. 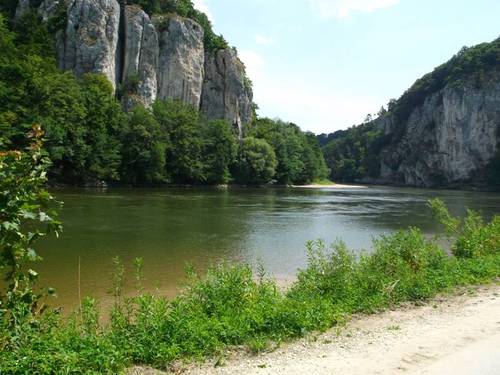 A trip to Weltenburg is a great opportunity how to spend nice sunny afternoon. A cruise between massive rocks leaves you with much impression. It is not far from Kelheim to beautiful Regensburg where the Europe’s oldest stone bridge is located as well as St Peter’s cathedral. It is really worth visiting.