We chose this town on purpose. We are not friends of idling on beach. We prefer tourism and discovering new places. Therefore we decided to visit Pieria region situated by the sea. The capital of this ancient region is Thessaloniki. The Olympic mountains , Thassos which is the northernmost island in the Aegean sea, or Ammouliani fishing island all belong to this region. 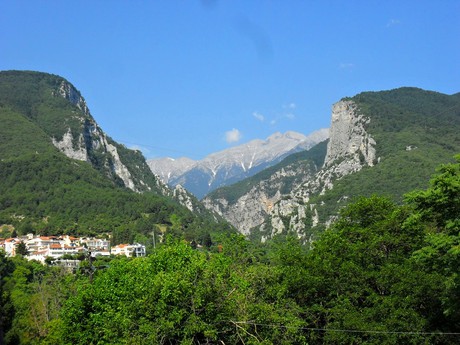 Greek Macedonia is behind Atica (the area around Athens) the richest Greek. Howevere, let's get back to Pieria region. It features ancient Greek sights, the Olympic riviera  and adventure tourism. 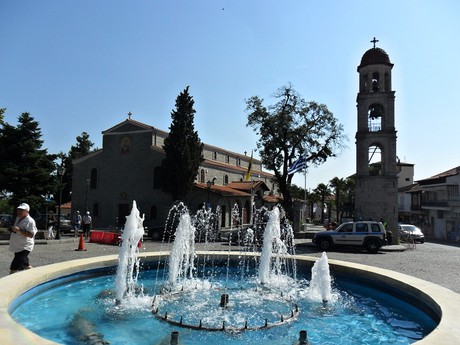 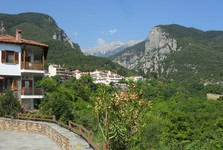 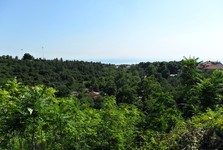 Litochoro spa town was our point of start. Before we set off to our trip, we walked through the town. What caught our attention were narrow cobblestone streets and sights like Agios Nikolaos church (church of St Nicholas) featuring a fountain, or the Naval museum. We recommend you to visit local archeological park and the ancient village of Dion. 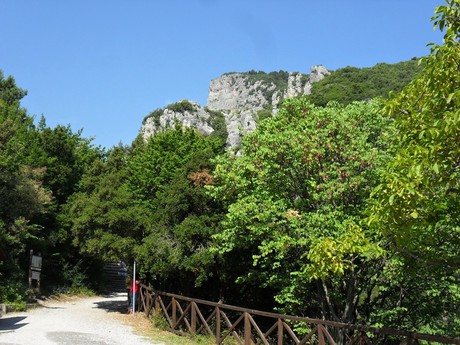 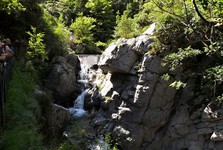 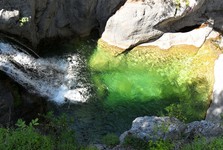 Upon a short tour in the town surrounded by high rocks and forests and the Aegean Sea we went to the Olympic National park. The park covers the mountain range of the same name, which is the highest in Greece. Mytikas is its highest mountain and from up of its 2 917 meters the vista one gets here is truly divine. We did not climb up to its summit. Still we enjoyed the viast of massive limestone rocks, waterfalls and their crystal clear water, widing tourist trails and colorful flowers. We roamed in the canyon of the Enipeas river. This canyon is sort of the foothills of the Olympic Mountains. Dips are filled with turquoise water. Locals dubb it the Baths of Zeus. Myths have been told about gods and muses bathing there. The combination of mythology and amazing nature is great experience. St Dionysus cloister adds to the atmosphere. It was built in the 15th century and now lays hidden in the forest surrounded by mysterious atmosphere. 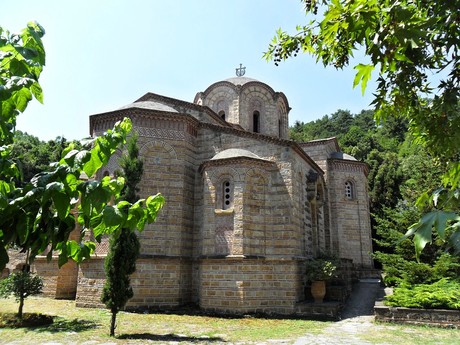 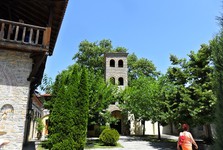 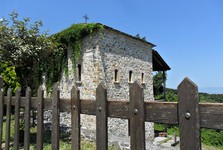 With evening getting closer, we left this residence of the twelve of the most important Greek gods – Mount Olympus. We also left Litochoro. Our expectations what the following days would bring us were great.