As we were still located within historic Greek territory of Macedonia we were not even remotely surprised by omnipresent flags and its Vergina sun as the main symbol which is the symbol of Macedonia. It added to the locals feeling proud about their homeland. 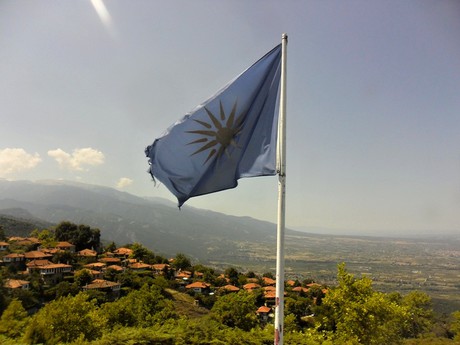 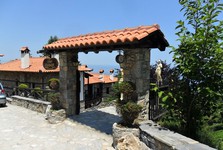 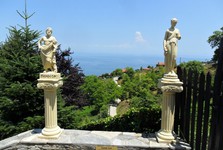 Right upon our arrival to teh village we were greeted by local hospitabilty. Those of us who wouldn't drive car later that day enjoyed a glass of wine and then a group lunch. We watched original stone houses, visited small church Agios Panteleimon, the edge of the protected nature area of  Dimosio Dasos Kato Olympou and admired amazing vistas over the mythical Olympic mountains, the Thermaikos bay, or Platamon castle. 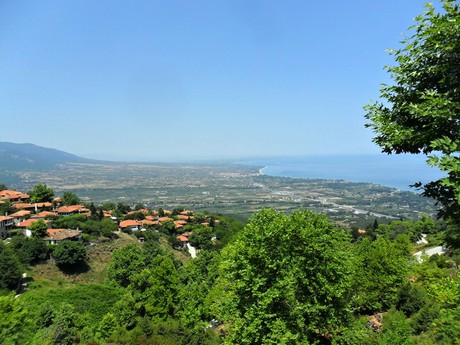 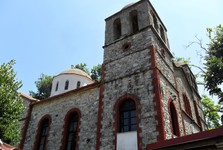 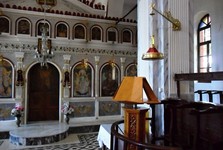 It didn't take us long the tour. Therefore we set off and left Paleos Panteleimonas to n Neos Panteleimon, a summer resort at lower altitude. We laid our backs on beautiful beach, enjoyed the sea and pondered if we should also go to locals aquaparks and amusement parks. The temptation proved to be not that strong and headed ourselves to Platamon castle instead. This impressive medieval fortress boasts rich history. Its massive walls, main tower and small church of Agia Paraskevi were all preserved to this day. Tours as well as cultural events take place here as there is some excellent acoustics on castle courtyard. 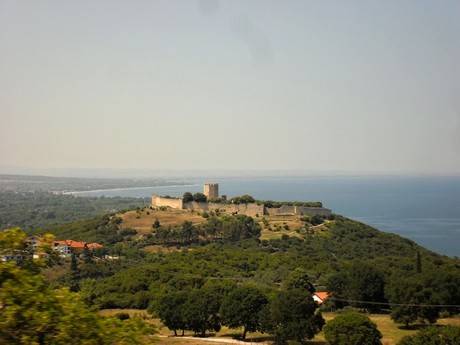 The villages of Paleos Panteleimonas and Neos Panteleimon and the village of Paralia Panteleimonos are known under the common name of Panteleimonas. These make a popular destination for travellers. The are is not only about long beaches but about beautiful mountain sceneries as well as ancient Greek landmarks. 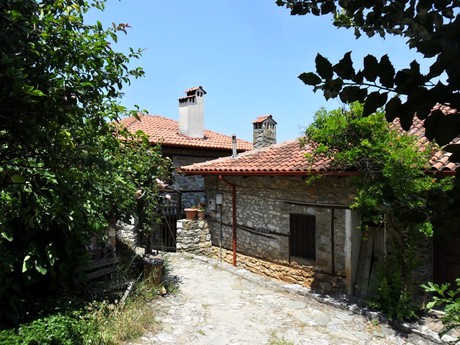 Next week we bring you a follow up to our trip along Greek coastline.