Beautiful nature of the archipelago was selected as a location for Mama Mia, a Hollywood roduced musical. The musical consequentially made the islands very popular for tourists. You will enjoy atmosphere of the famous movie and rest on some of 60 beaches. 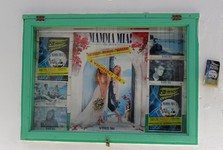 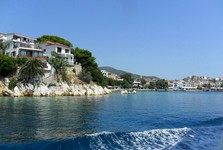 Skiathos is 12 kilometers long and 6 kilometers wide. Its coastline is diverse and features romantic bays, mostly pine forests and amazing beaches. The capital bears the same name as the island. It is a home to over 6000 people. Howeover, in peak season there are over 100 thousand people. Papadiamantis international airport makes sure that the resort is well within reach. The airport itself is an attraction for a beach is close to it. From the beach watch planes taking off and landing. 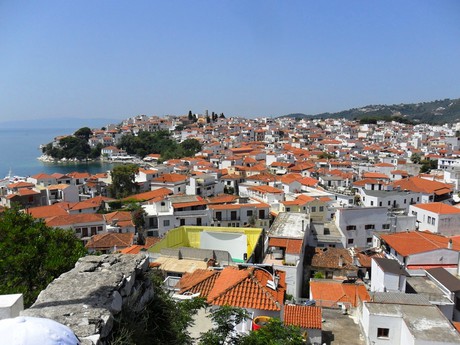 The capital is sitauted in the southeast of the island. It includes schools, a post office, banks, hotels, stores, butiques, wine cellars and typical white houses. Moreover, there is Treis Lerarches cathedral (Three bishops' cathedral) with a miraculous icona inside. There are churches and cloisters, although outside the capital (e.g. Panaghia Kounistra – on island's south, Evangelístria – inland), the house of Greek writer Alexander Papadiamantis; Kastro, a medieval settlement (on island's north; or the small peninsula of Bourtzi, a once site of a fortress yet today a center of colutral life. The town has its own vibrant night life. You can meet here some of Greek celebrities. City lays on cascades. This and its narrow streets make a beautiful vista over local landscape. If you want to see some beautiful places in nature, we recommend you to travel north. Close to Lalaria beach, there are several "water" caves (Galazia, Spilia, Chalkini or Skotini). 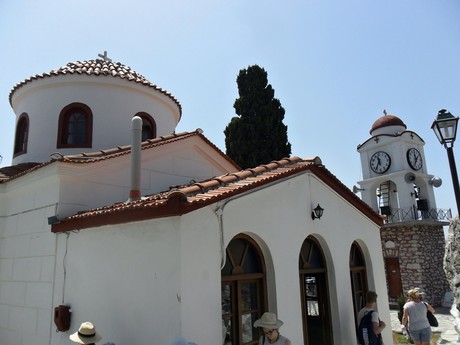 There is aport in the capital. It shelters small boats against open sea. Moreover, ferries travel through here between other islands or the mainland. 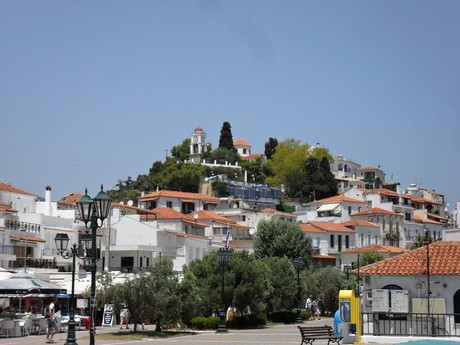 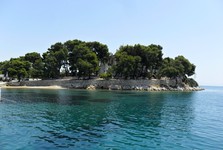 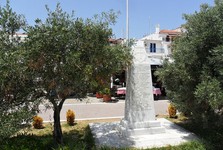 Making a look at the history, the greatest events happened here during the Persian wars. Damaged ships belonging to King Xerxes' army were anchored on the shore of Skiathos. The Macedonians later conquered the island and plundered it. The aforementioned Venetian fortress Bourtzi was built here in the year 1207. The first Greek flag was created in Evangelistria cloister. Skiathos was an important shipping industry's center. In 1964, the island was classified as a zone where tourist industry would be butressed. Since then, many hotels, restaurants and attractions have been constructed and became popular tourist points of interest. 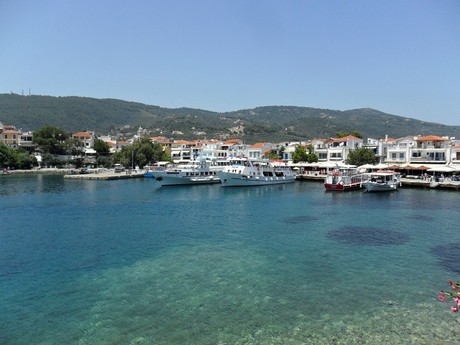 Koukounaries is perhaps the most popular resort. It features the most beautiful beach in the Aegean as well as Mediterranean sea. It is 700 meters long and is covered by fine golden sand reaching all the way to pines. A bus line links the beach with the capital. Thus, the 15 kilometers in distance can be overcome in complete comfort. Enjoy sunbeds and swimming in the warm sea. But don't forget to taste specialities at local taverns, buffets and try some watersports. 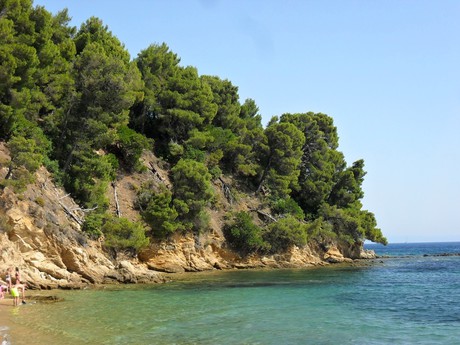 Agia Paraskevi and Troulos are beautiful resorts. The same goes for beaches like Banana beach, Krifi Amos, Lalaria or Kastro beach. The latter offers ruins of the former capital. Xanemas is ideal for people who seek to rest on a nude beach. 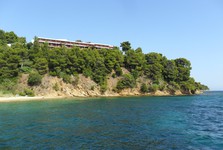 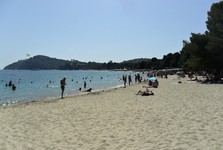 Skiathos island is a great place for summer vacation. It has its vibrant streets, great cuisine, many attractions, strips of wild nature, and endless beaches. What you can experience on surrounding small islets is unlike anywhere else, because you can rest here in complete privacy. 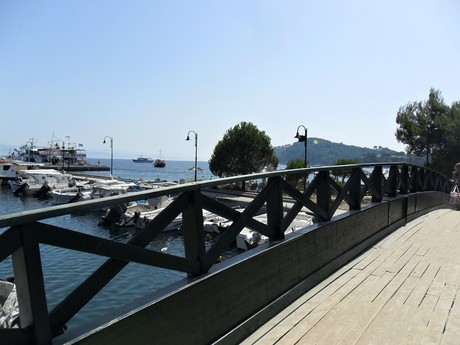