Published: 10.12.2010
The town of Horní Blatná is placed not far from Karlovy Vary (Carlsbad), Region Karlovy Vary, in an altitude of 900 metres above sea level. Its historical nucleus belongs to most preserved towns of Iron Ore Mountains.

The original inhabitants came to this region at the end of 12th century. The other colonists were settled there during 14th century, and this wave lasted for two next centuries.

Jan Frederick, Saxonian elector, let to found the town in 1532. He bought this territory from Tetov Parentage, and ordered the establishemnt of new mining town of Horní Blatná. So, the community was founded in reasonable way, so the exact day of its foundation is known, thanks to this fact, and this is not too habitual. So, this aristocrat ordered to draw regular streets´ nest, including 199 building-plots or the construction of new iron works into groundplan. He also stipulated a place for construction of the church, school building, town hall or hospital. So, the miners from Schneeberg became the first inhabitants of Horní Blatná. 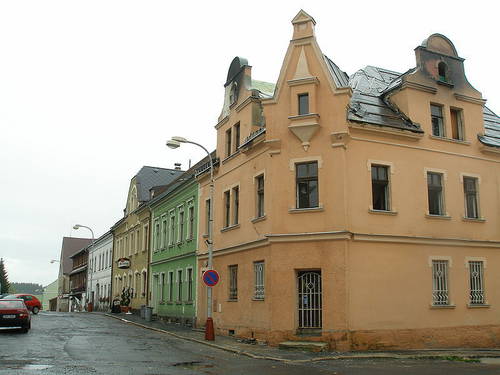 The town does not forget their sportsmen and organizes several traditional sporting, cultural or social activities.

It is, for instance, cross run up to Blatenský Hill. This is sporting activity destined for all age categories.

Blatná Cross, lasting for ten hours: it is a cross-run along stipulated route for time period of ten hours. A stayer with the higher number of passing circuits is declared as a winner.

Velorex Mountain Meeting: a meeting of all historical vehicles of famous Velorex brand.

In honour of St. Lawrence anniversary (on 10th August), so called St. Lawrence Pilgrimage, is organized there, as a foundation of Horní Blatná. 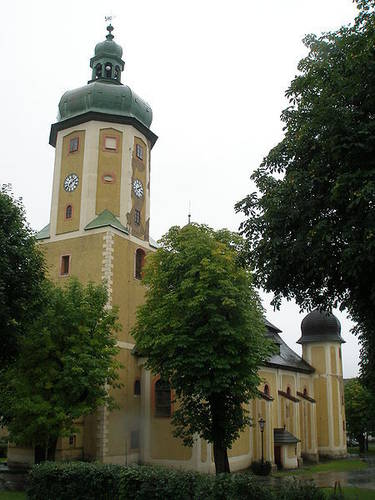 So called Old Gallery (Wolf´s Hollow) is to be found not far from Horní Blatná. It is an interesting matter  that inside, there was so cold climate that ice and snow were preserved there all year round. So, thanks to ore excavation in chamber way, a cavity was formed there, and any year season did not effected for temperature changes.

Further, even so called Blatná Artificial Water Ditch is worth to visit. This work was constructed in 1540,and was for 12 kilometres long at least. At present, it serves as main source of electric stream for the industry in Horní Blatná. A water source from Boží Dar peatboxes was used for gold-washung and for drive of machines, suppling the mines not only in envisrons. 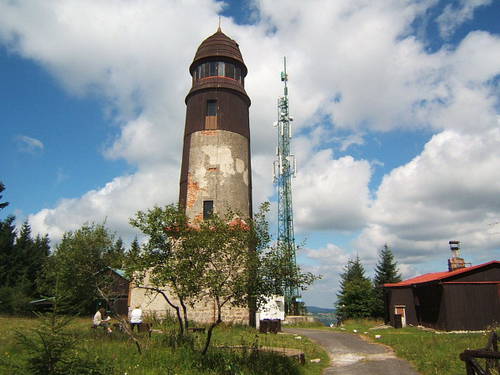