In the previous part we had visited Sopron, a city rich on history. After we had learned about its almost mysterious streets and sights we moved on to a very beautiful city of Győr. We arrived at the city after sunset . But it didn’t negatively influence our positive impressions when we walked through the city center. Every place in the city is easily accessible for highway which are crossing the city through and through. Only recently Győr-Pér Airport has been finished, it made even better access to the city for locals as well as for “the whole world”. 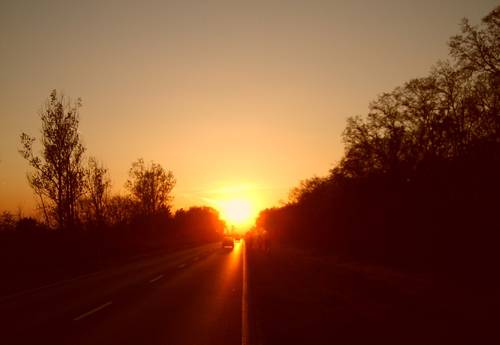 Like many other cities even Győr experienced first settlement in the time immemorial. First there were the Celts, later the Slavs, Romans and Avars. In the 9th the city was part of Great Moravia and in the 10th Hungarians settled there. The city experienced also a Mongolian invasion, an invasion of the Bohemian army and the Turks. The present look of the city was designed by Italian architects who came there in the Middle-Ages. Its importance raised even more in 1743, in the year when Győr received a status of a free royal city by Maria Theresa . In the time of the Napoleonic Wars the city’s development slowed down. After World War II it changed and new panel housing estates were built as well as roads and an extensive renovation of historical center. 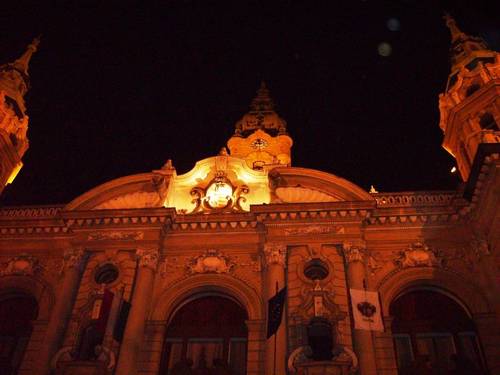 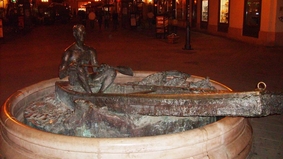 Győr is unique thanks to its artistic sights. It has the second largest concentration of historical landmarks in the whole Hungary. This is one of the reasons why it is worth visiting this city. Renovated baroque city became the protector of sights laureate. No wonder. Beautifully decorated churches, museums, palaces with typical baroque corner balconies and narrow historical streets – they attract those visitors who long to learn about history. Our evening walk in the historical center was very informative as we learned about a thousand years old history of Hungarian Christianity. Fabulous sacral buildings represented it. We had learned Stephen I of Hungary had founded the first diocese there more than thousand years ago. A massive basilica is a proof of this, it was built in the 11th century and gradually expanded. Among unusual sights in the city are also the Benedictine Church of St Ignacio of Loyola , the very first Jesuit church in Győr, or a town hall with a typical heightened tower, a symbol of the city. This electrical complex built in 1896 – 1898 is used today for town hall assemblies or organ concerts. 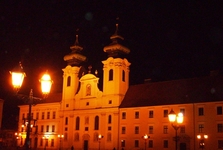 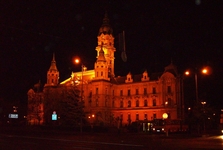 Győr is not only a city of beautiful architecture but of youth as well. They return here gladly to see some concert, for instance, or some art. Various festivals are held here but those who like spending their time in nature wouldn’t come in vain for there are three rivers in the city. Also a healing spring is there and everyone can test its medical effects in reopened Rába Quelle spas. Around the city there is a water world Szigetközu (Little Rye Island) and the Pannonhalma Highlands . The whole city and its neighborhood is crossed with many nature trails and bike trails.

It is also interesting that Slovak nation builder, patriot and writer Ludovit Stur was supposed to study here. Right in Győr his interest in the world of Slav emerged.