en.infoglobe.cz » Hungary: Komarom – A Town on the Right Bank of the Danube

The town of Komarom is located in Hungary, along the border with Slovenskem, on the right bank of the great European river of Danube. Population of nearly 20,000 inhabitants and for the adjacent river and its location is one of the major river ports, rail and road border crossings. But if we go for a walk in this city, you say something of its rich history. It dates back to Celtic times. The archaeological finds indicate that the area of the present town has been inhabited since 300 BC. Subsequently Celts replaced Romans , who have built the fortification system of watchtowers and military camps. Aside from the northern border line also known as the Limes Romanus. Furthermore, there gradually replaced the Goths, Avars, Slavs, until finally there permanently settled ancient Hungarians, whose origin we can find in Asia. Originally the name of the city was Újszőny and it used to be suburb of historical city of Komarno on the left bank of the Danube. In 1265 by King Béla IV. Komárom town privileges. In the 16th century, the city was twice besieged by the Turks, but they recharge it failed. In the 18th century the city experienced fast development and it became one of the most populated cities in the country (in this time it was historical town of Komarno on both banks of the Danube). The city played an important role during the Napoleonic wars and the Revolution of 1848 /, 1849. After the First World War due to the Treaty of Trianon was again divided into two parts, with the southern part of Hungary and fell northern Slovak (current Komarno). 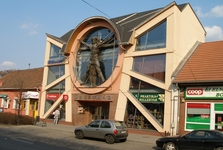 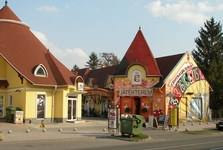 Tourist Sights
To this day, these two cities are closely linked. Whether one of the most famous bridges on the Danube - Elizabeth's bridge or family ties on both sides of the river. Main tourist attractions are undoubtedly the moody streets and squares, but also churches and especially Star fort (Csillag) Monstorska stronghold (Monostor) and Igmandska stronghold (Igmandi), which are, in relation to the forts on Slovak part of the Danube (Palatine line, Vazska line, Old Castle, New castle) remains of a Roman fort complex. Visitors to please even large landscaped parks, fountains or springs of mineral water which flows out. Komarom is relatively colorful city with a lot of artistic scenes in the form of statues and sculptures. There is a small water park, various restaurants and cozy cafes. 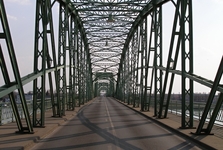 The city lives and culture. Every year, attracting many domestic and foreign tourists festival European singing "gastrocoup" where you not only dancing the, but also eat well. Events motorcyclists and car enthusiasts are a regular highlight of the local life which goes somewhat slower than usual. 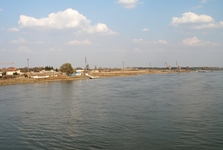 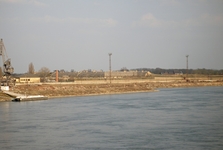 A tip for trip
If you have a little time left, I highly recommend you to stop by in adjacent Komarno . It proudly boasts with its historical center, castles, barracks or relatively newly built the courtyard of Europe, which symbolizes the unity of our peoples on continent. 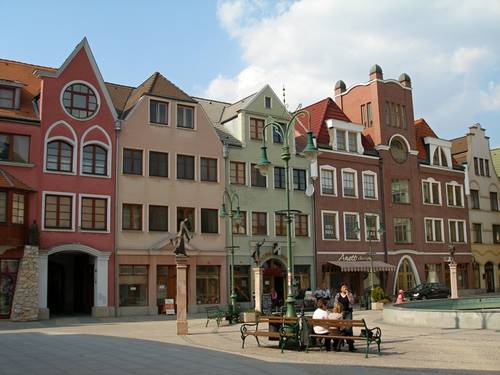