At the end of summer, common project of Košice Autonomous Region, represented by the town of Spišská Nová Ves and Hungarian Borsod-Abauj-Zemplen County, known as „Tours Without Borders“, was set into operation, by means of reserved web-sites, specialized for support of tourist activities in both neighbouring regions. Now, we wish to present third one from such routes, under name of „Castles and Chateaux Walk“:

All castles and chateaux are traditionally very popular targets of tourist

walks. Very extensive Spiš Castle (near Levoča), Krásná Horka Castle or small Chateau Betliar (near Rožňava) belong to most visited targets-attraction places of East Slovakia. Taking into account the longest variant, it could be also Markušovce Chateau, with its music museum in Dardanelles Villa. Spiš Castle could be marked as most extensive castle complex of Central Europe. Thanks to this fact, the castle was registered in UNESCO Heritage Survey. By the way, the walks in East Slovakia, within scope of Tours Without Borders Project, enables to see in Slovak part, within couple of days, eleven places of interest, registered in UNESCO Survey, and two places, registered in Hungarian part., i.e. Aggtelek Karst Area (neighbouring with Slovak Karst) and Tokay Wineyard Area. 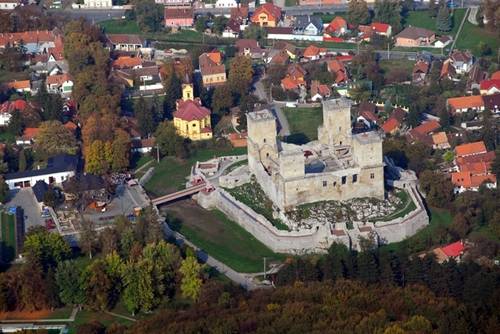 Nevertheless, the castles in Hungarian part are less known. In past, such complexes fulfilled its important guard role, against eventuel aggressors from east or north part.

So, to most beautiful localities, involved into Castles and Chateaux Trip, Borsod-Abauj-Zemplen, belong as follows: 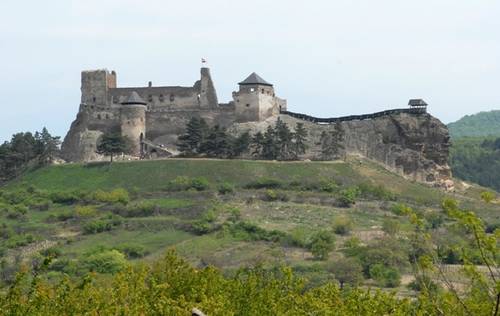 - Diosgyor: a castle, near to Miskolc, with four towers, was originally presented as King´s  engagement gift. Today, you can find there several exhibitions. This one, most  extensive, with wax plastics, is presenting a way of life in Middle Age. Ancient Middle Age weapons or mint-office do not miss.

- Fuzer: originally defensive citadel against Tartars´ attacks, is situated on a top of

volcanic hill, belongs to the youngest and best preserved castle ruins. The complex, together with near Karoly Chateau in Fuzerradvany, is to be find close to Slovak border

- Regec: mountain citadel of 13th century, with its irregular ground-plan, is known as most  famous Rakoczy Castle

- Sarospatak: the castle with historical Rakoczy Museum is a preserved sample of Hungarian   late Renaissance architecture. Close to the castle, you can find museum, church in Gothic style and a spa.

- Szerencs: this castle of Renaissance style was constructed inside an artificial island in the middle of swamps. At present, it is a seat of Zemplen Museum, containing one of greatest picture post-cards collections, surrounded with marvellous park.

- Onod: from its north-east ruin bastion, situated above Sajo-river branches, you can enjoy an extraordinary round view of the countryside.

- Pacin: you find a museum in magnificent Magochy Castle of Renaissance style. 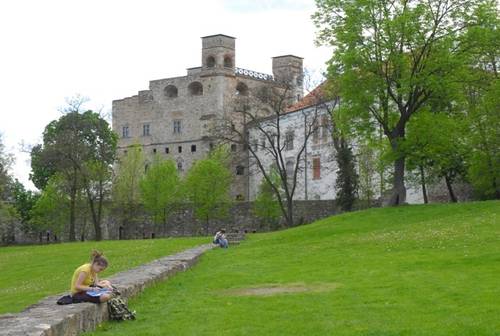 The longest variant of this route passes the village of Monok (with a castle) and native house of Lajos Kossuth, great revolutionary of 19th century. In Vay Castle, you can visit Golop Escutcheon Museum, and vineyard small village of Tallya, marked as a geographical centre of Europe, the town of Satoraljaujhely (with the only prison museum of Europe), and entertainment park (including the longest rope and bob route in Hungary), and of course, the centre of Tokay Vineyard area, small town of Tokay, including local Tokay Museum. As a part of this route, you can have a bath in Miskolc-Tapolca cave spa (it belongs to European uniques),

acquaintance with nature beauties of this region, such as an excursion into Lillafured Mountain Resort. Even the monuments of people´s architecture, folklore traditions, kitchen specialities and drinks, including wine-sorts testing, do not miss.

In October, Tokay Region, Harvest Festival (Tokay - Hegyaljai Szureti Napok) is organized, and in July, a Hegyalja Festival is taken place. Most detailed information, including accommodation and various services´ reservation along chosen Castles and Chateaux Route, could be obtained in internet web-sites, such as: spis-gemer.sk, baztour.hu or tourwithoutborders.eu.

Published: 10.6.2010
Wandering through East Slovakia, you can arrive into Markušovce. It is quite interesting community, where you can find small chateau, built originally in Renaissance, later in Rococco arranged style, and Dardanelles, nice summer-villa.