At the end of summer, common project of Košice Autonomous Region, represented by Spišská Nová Ves, and Hungarian County Borsod-Abauj-Zemplen, under name of „Tourism Without Borders“ was started. The reservated sites (windows), directed to the support of tourist activities of both neighbouring regions. These windows (sites) are offering common packages along its three main routes. The interested party could arrange it according to his own needs, for three days or for a week, for instance. So, let´s present you the first of such routes, named as Gothic Path.

The project of Gothic Path was established couple of month ago and joins all most important localities, including preserved Middle Age monuments in areas of Spiš and Gemer (Košice and Prešov Regions). It is uniting the sightseeings of nine towns and twenty-four villages, such as: Košice, Spišská Nová Ves, Levoča, Kežmarok or Rožňava. Moreover, it is worth to visit church monuments in the communities of Spišský Štvrtok, Žehra or Spišská Kapitula, near to majestic Spiš Castle. The route across historical localities leads the territory of five National Parks, such as: Tatra, Pieniny, Slovak Paradise, Muráň Table Land and Slovak Karst. We wish to draw your attention to the fact that some monuments were presented in our previous sites, so this time, we shall specialize to monuments of

the opposite part of the border.

So, the route of Gothic Path in Hungarian territory leads through romantic countryside of Aggtelek Karst National Park (Aggteleki-Karszt), and partially through Bukk National Park (Bukkalja). The town of Putnok (distant approx. 20 kms from Tornala) is starting point of this path. You can visit here Gomor Museum (including samples of old handicrafts, traditional manufacturing of textiles), historical house of games, eventuelly follow some dolls´ performance.

The community of Sajomercse is our next stop. Here, you can

fully enjoy Middle Age atmosphere, including reception, music, the shows of Middle Age handicrafts. Moreover, the children have the chance of horseback riding or ride a donkey. In the surroundings, you can find the monuments of Gothic origin, first of all, the churches, some of them with rare frescos, in communities of Tornaszentandras, Szentsimon, Rakacaszend, Szalonna, Sajosszentpeter, Edelenyi and other places. The longer - five days - route, leads to Gomorszolos. You can visit there local County Museum, containing the collection of people´s arts and ecological centre. Further, in Rudabanya, you find historical museum of mining as well as Gothic reformed church of 14th century. 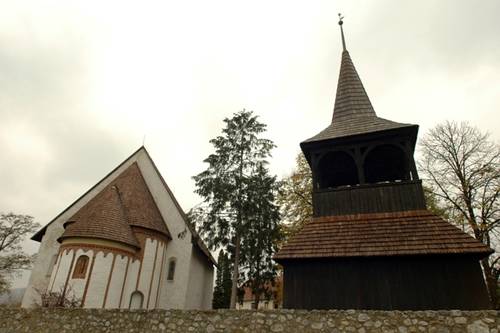 As far as more detailed information, including reservation possibilities, is concerned, you can get it in internet sites, such as spis-gemer.sk, baztour.hu or tourswithoutborders.eu.