en.infoglobe.cz » Hungary: Town of Mosonmagyaróvár I.

The history of this town began in the northwestern part of Hungary, in the area of Podunají. This area, known as a land with vast marshlands, had only a narrow part suitable for crossing. And on that particular place foundations of the present town were laid. 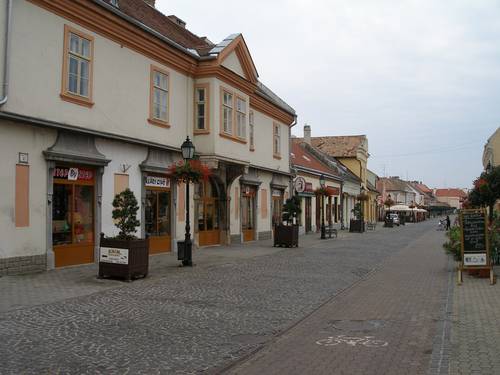 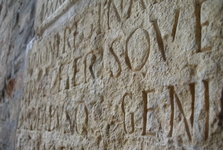 the Amber Road that connected the Baltic Sea with the Mediterranean Sea. Already Romans used this path and also built a fort/town Ad Flexum that prevented penetrations of barbarian tribes from north. Except for military importance of the town it had also its function in trade between Romans and barbarian tribes. In the course of time the original Roman town transformed to two small town. The first, Magyaróvár, or Slovak-Hungarian Starhrad, and the second Mason, Mošon in Slovak. Its strategic position made it a center of rich merchants who traded agricultural commodities and also a significant trade center in the whole country. Trade attracted many foreigners and some even settled here. Growing population resulted in growing number of inns and hostels (nowadays hotels) that gives the town its unusual look. Under the rule of the Árpád dynasty both towns flourished, many new stone houses and a church were built there. A castle that was an inseparable part of the town for decades resisted every attack until 1271 when it had been conquered by the Czech King Otakar II. Even not under a rule few Hungary kings the castle wasn’t renewed since they didn’t find it necessary. The town received the privilege of being a free royal town in 1354. The castle together with its land became a property of the Habsburg dynasty. After the famous battle of Mohács in the 16th century the Turks ransacked the town. The fire demolished many valuable buildings and the town’s archive. The Habsburg dynasty decided to rebuilt pillaged town and burned castle with the help of Italian masters. The town became a forward defense of the then Austria.

We will remain in the 16th century for a while because there were important changes in religiosity. Martin Luther’s reforms significantly influenced it and already in 1546 the majority of its population considered themselves as members of the reformed church however, a century later this church was forbidden. 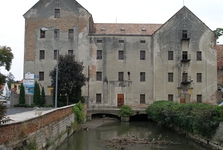 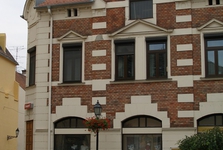 Not until the 18th century the castle definitively lost its military importance. The town famous for its markets opened the first gymnasium and in 1818 there appeared also the first college, the economics college. Regular railroad transportation was established in the town in the 19th century, the first newspaper was published and also there began a construction of the largest arms factory in the Austria-Hungary monarchy. After the Great War ended the factory was dismantled and reoriented its production to production of fertilizers and fibers, as the first such factory in Hungary. A new European order resulted in the merge of two flourishing towns in 1939. During the Second World War the town didn’t suffered almost any damage. The center preserved its historic character and also parts of fortification remained that we can admire until present days. 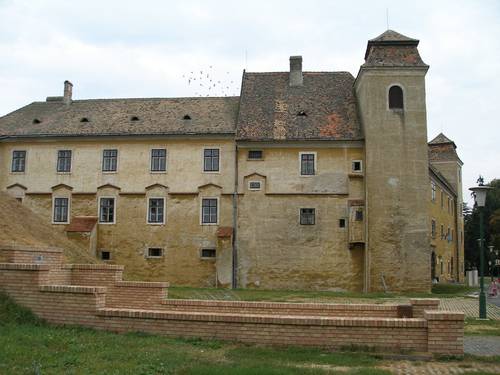 As you have learned, the history of Mosonmagyaróváru was very rich so we are about to return to this town once more. We will talk about its landmarks and unseen water supplies as well as about trips around it