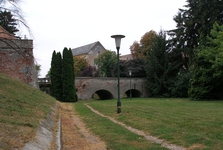 In the city of Mosonmagyaróvár there are 42 houses declared as cultural heritage  . Among the most important sights is a castle with an irregular groundplan is build on remains of old Roman residence. A brick bridge, which replaced former fold-down bridge, above The Mill Canal leads to the castle’s entrance. The entrance gate is 10 meters long and it gives an impression of a small tunnel. The gate is made of bricks and stones. Regarding the castle, only two of four towers preserved until the present however, you wouldn’t even notice there used to be four towers. Currently, there is a school in the castle and there are few memorials in its vicinity reminding of both world wars. North of the castle there is the River Litava (lait in Hungarian, Leitha in German) and behind it there is the English garden built in the 19th century. One of its parts is a lake with several wooden boardwalks. You would be surprised with the Faculty of Agriculture and Food Industry of the West Hungary University that resides in a not particularly modern building right inside castle’s compounds. There is a small Habsburg castle from the 18th century only few meters away on the Ference Deák Square (ca. 2 minutes from the castle). It was built in the Baroque style in the shape of the letter “U” and the most beautiful part of it is a courtyard with arcades. There is the Baroque style statue of John of Nepomuk in front of the castle staying on a large obelisk. The statue is a “part” of a roundabout for cars and is surrounded by three figures showing scenes of saints life. 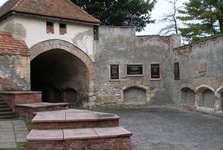 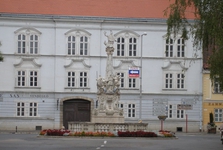 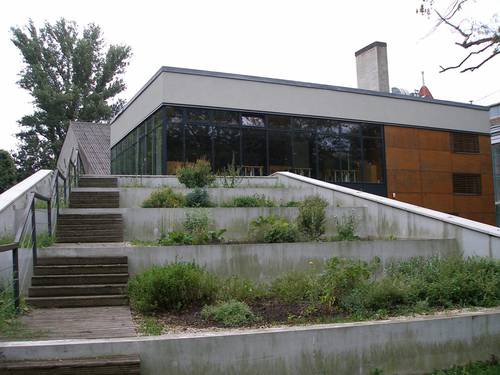 A pride of the city is its center with medieval streets where you can admire baroque statues and buildings, the house of Csellye’s in which there is an industrial art exposition and the Gyurkovich collection with paintings of Hungarian painters of the 19th and 20th centuries. Nex you can visit the Hanság Museum and exhibition grounds called Castle Basements (Várpince). Those who are not fond of history the city offers thermal spas that are for a long time the most popular place of relax and recreation. Water that reaches the surface reaches almost 75 °C and is one of the healthiest waters in Europe. For people who like water we have one another tip - places in close vicinity to the city. Particularly there are two arms of the River Litava, the arm of Mošonský Danube (Mosoni-Duna), waste rocks and natural pool that are ideal places for swimming. 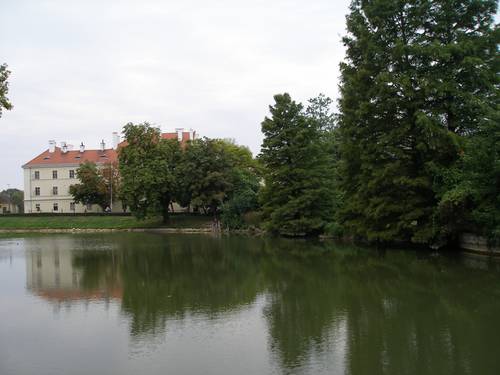 Trips
Eastern of Mosonmagyaróváru there is an attractive and the larges natural isle if Hungary, Small rye islandMalý žitný ostrov (Szigetköz) surrounded by the River Danube and the River Mošonský Danube. The whole island emerged thanks to sediments from Danube and thanks to fertility of local ground it is a very rich place in fauna and flora. Visitors can explore while on bicycle treks and a bicycle in particular is the most suitable means for admiring and exploring fascinating nature. Right through Mosonmagyaróvár to Györ there is a bicycle trail that besides fascinating sceneries offers also many architectonic sights that you shouldn’t miss. 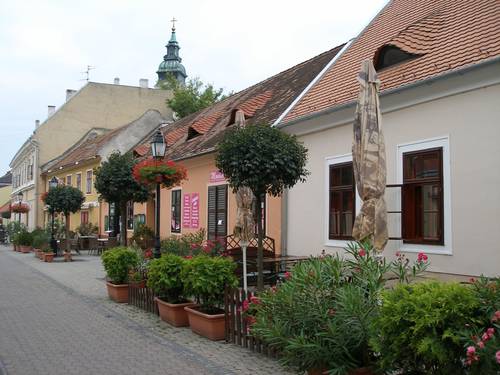 There are many other things this site has within. The best would be if you see it on your own eyes and let the place convince you of its picturesqueness.