We are located at the foot of Apenin, in Val di Nevole, in the Tuscan province of Pistoia, in the spa town of Montecatini Terme at an altitude of 29 meters. The main avenue of Viale Verdi, Terme Tettuccio, is home to architecture, people and the atmosphere. We find ourselves in the society of kings and queens, politicians, composers, actors, singers and athletes whose names are engraved on the sidewalk. 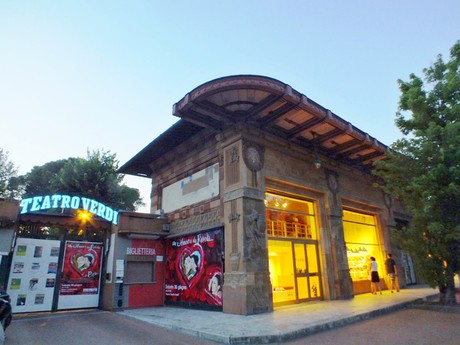 Their time was spent by Verdi, Rossini, Leoncavallo and Mascagni, Coco Chanel, Sofia Loren and many others. The famous visitors, besides the rest, were also here. As an example, we introduce the famous composer Puccini, who has just composed part of his opera play La Boheme. 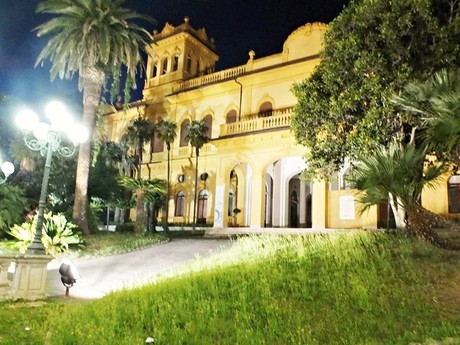 People who like architecture can admire the beautiful spa houses in the style of liberty. Just behind the Terme Excelsior complex is the Teatro Verdi Theater (1828-1829). It was officially opened in 1930 by Aida. Next to the theater stands Verdi's statue. 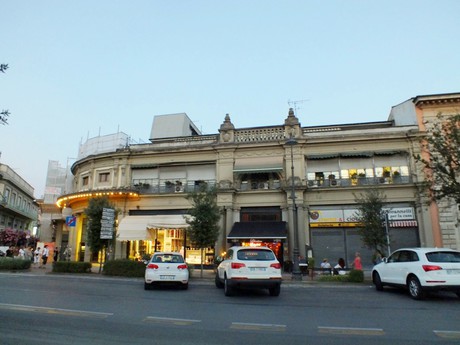 Across the road, another architecturally interesting building opens - Cinema Excelsior (1922, Ugo Giovannozzi). Another of the attractive buildings lining the promenade is Palazzo Comunale (1920, Raffaello Brizzi and Luigi Righetti). Since 2012, it is home to the Montecatini Contemporary Art Gallery (MO.CA).

Immediately opposite, there is another spa building - Palazzina Regia. Here, however, we leave the promenade and head for the building to reach the Grand Hotel La Pace, a secessionist hotel. There are many hotels in the city and along the promenade, but this is known for the death of the French fashion designer Christian Dior on October 24, 1957. 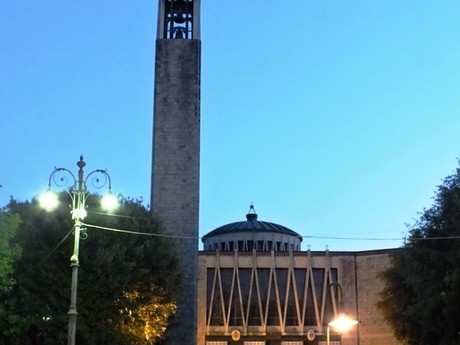 Take a narrow alley from the hotel to the main square of Piazza del Popolo, where the Viale Verdi estuary runs. The square was built in the 17th century and its dominant feature is the modern Basilica of Santa Maria Assunta. In the years 1953-1958 (Raffaello Fagnoni, Pierluigi Spadolini, Mario Negri and Alfonso Stocchetti), after the destruction of the original neo-classicist church (Luigi de Cambrai Digne, 1833), it took its form. There is a slim bell tower on the temple of an eight-floor plan with four chapels. Construction of the structure is made of reinforced concrete with travertine tiles. The interior is decorated with stained glass (Giorgio Scalco) and in the presbytery crucifix (Sauro Cavallini).

The busy street of Corso Matteotti leads from the square and the vibrant Corso Roma on the other. These streets are full of people who shop and enjoy themselves. Among the languages you can hear there is also Czech and Slovak 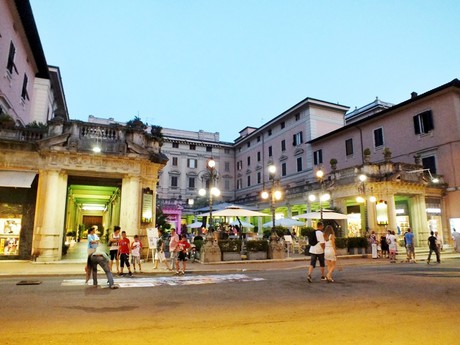 Besides the spa/baths, Montecatini Terme is also known for its luxury shops and entertainment, and it lives there until late at night. The main attractions are boutiques with clothing where you can find high quality fashion brands. The city is even hosted by "Fashion Week" every year in April, a special event dedicated to the latest trends is attended by leading Italian designers.

Among the experiences you can not miss, there are also seating in restaurants, bars and nightclubs. But you can also enjoy evening walks in the historic center, including music in the streets. 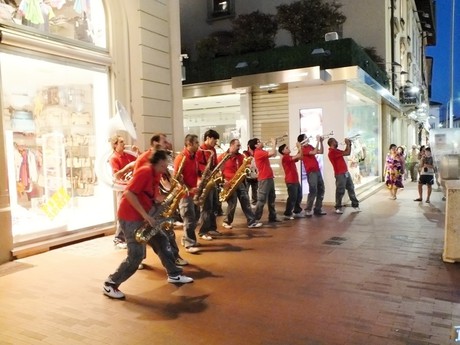 This most popular spa resort in Italy, whose patron saint is St Barbara hides many other monuments of secular and sacral origin. An old historic center, lying on a hill above the town, is worth visiting, and is called the Montecatini Alta. There is a castle of Roman origin, which until 1905 served as the seat of the city. You can climb on foot, but there is also a cable car. The first run of this cable car was June 4, 1898, and among the passengers there were also famous personalities such as Giuseppe Verdi. The original wagons known as Gigi and Gigi are still on their way and the boarding station is located nearby Terme Tettuccio.

The sounds, the lights and the neon darken and go out of the morning, and that's what we're talking about with the town.