en.infoglobe.cz » Italy: Salsomaggiore Terme II. – Bath Town at the Foothills of the Apenines

We begin at the corner of Bacchelli and Viale Cavour streets, in front of the bronze monument Monumento al Fante (1922, Alberto Bazzoni) dedicated to World War I. On the other side of the city, the Terme Berzieri spa town is the dominant of the city, and at the beginning of the pedestrian zone and downtown. 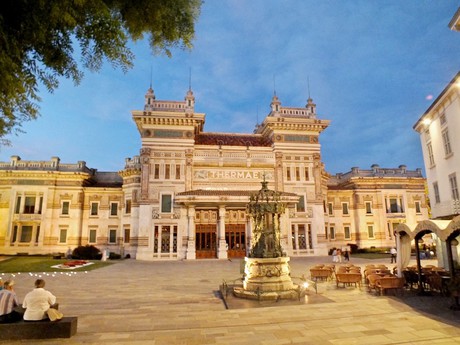 Here, those who like to enjoy coffee, good wine, food, but also those who like shoppingcan start to enjoy their rest. The small town has been the seat of art crafts in the past, so there are still ceramics and marble products and exquisitely decorated leather products. We headed for a small stall with the inscription of Galateria. Italian gelato (ice cream) is very popular in the surroundings. 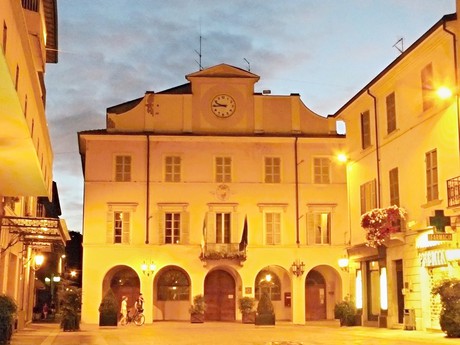 We went to Piazza Libertà, where the Palazzo Comunale (14th century, 18th-19th century façade) is situated, and opposite Caffè Eden - Pastricceria Martinelli, a café with valuable wooden Art Nouveau furniture. At the corner of Via Roma there is an interesting Neo-medieval-style Gallerie Warowland (1914, Orsini Bongo) with a romantic garden and benches. The building was to serve a gallery of modern art, but it became the seat of the administrative authorities of the spa and tourist information center of the city. 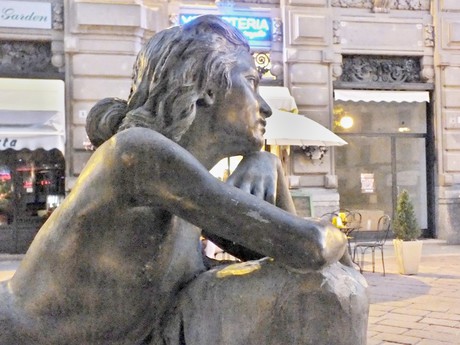 The bronze statue of La Nostalgia (Cristofor Marzaroli, 1864-1865) is on the small square in front of Regina Hotel. This beautiful romantic woman is one of the most significant statues in the city, presents anatomical realism and academicism. It was founded in Florence and was exhibited at the Paris World Exhibition. Today, there is only a copy of it, the original is in Parma at the Paolo Toschi Art Institute. 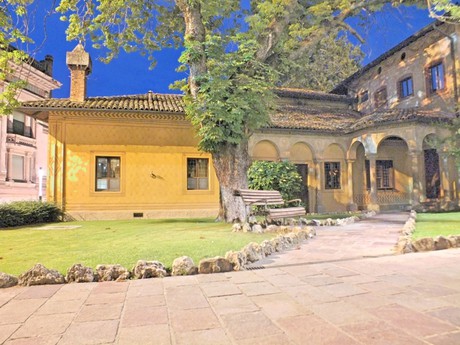 Gradually we reached the promenade. On one side is Parco Mazzini Park (Giuseppe Roda, 1913), which is a big green oasis with a pond (formerly Parco Regina Marherita). We can not forget the beautiful Botanical Garden, which is located on an area of 12 hectares and holds and grows over 450 species of plants. 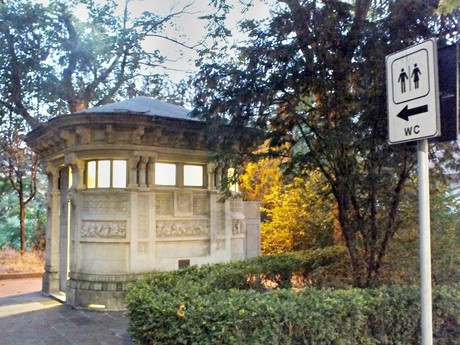 On the other hand, behind the trees, the architectural beauties of the Art Nouveau and Art Deco periods are waiting to be discovered. Historic hotels, balconies, eaves, decorations or interesting public toilets. Your attention will be attracted by a small white house with decorative decoration, which illustrates that liberty style has been applied here everywhere.

Gradually, we came to the monumental granite staircase of Scalinata Berardinelli (present Aurelia Berardinelli, 1910), before which is the monument of the philosopher and lawyer Giana Domenica Romagnosi (1874, Cristofor Marzaroli), after which the street is named. 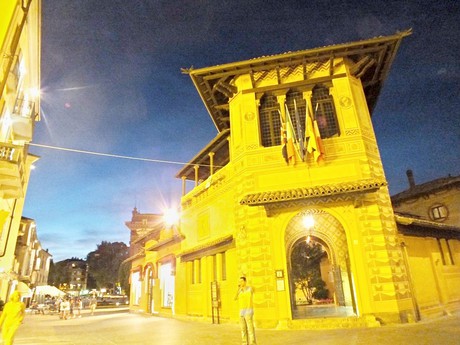 In the silence behind the trees, there is a brick facade building that houses the Grand Hotel des Thermes, also known as the Palazzo dei Congressi (1898-1901, Luigi BROGGI). The building is rich in architectural and decorative elements and is one of the most important examples of art deco in Italy. The awning above the entrance and the railing are made of wrought iron. After World War I, the building was extended by a new building overlooking the park. Galileo Chini has created interior decoration inspired by the Moorish style and the dome of the Japanese-style dining room. Since 1965, the hotel has been owned by the city and has been gradually transformed into a congress center. On the third floor is the Paleontological Museum. 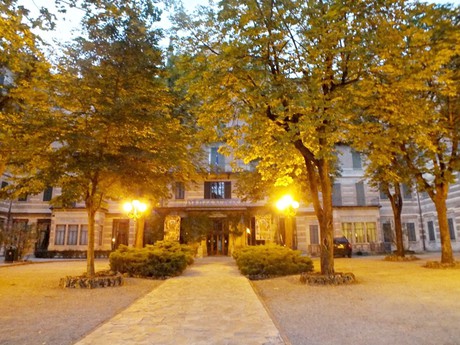 As the night falls on the city, the streets and the promenade begin to fill with people and music. The Promenade takes us back to the square between Regina and Grand Hotel Salsomaggiore, where it is already alive! Music, singing, summer terraces full of people, on the tables of drinks and coffee. Guests of this city enjoy themselves. Salsomaggiore Terme has been alive and the spa guests have fun dancing right on the street. People go to bet late in the night.

Various interesting cultural and social events take place in the city. Since 2007, Salsomaggiore has been home to the European music festival Incontrarsi Salsomaggiore - a celebration of art, music and theater dedicated to women and their health. Every year, the finals of the Miss Italy beauty contest are held here.