en.infoglobe.cz » South Korea: A Spirit Of Korean Republic I.

When you visit Seoul, it is impossible to leave this locality, not to be fascinated. The city has the extent of 605 square kilometres, and nearly 10 millions of persons is estimated population number, according to last census. So, Seoul is the biggest town of the country. It is nominated to the greatest towns of the world at the same time. 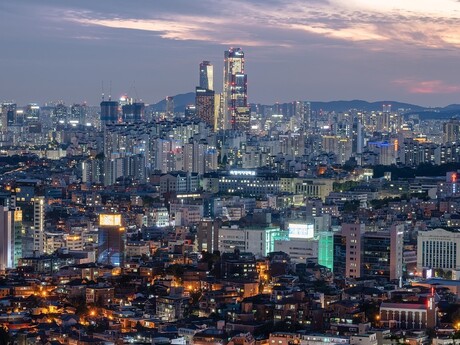 A remarkable fact is that irrespective of its extention and population number, Seoul belongs to the towns with very near criminality level of the world. Regarding position, this city is distant 50 kilometres only from the border with Korean Peoples´ Democratic Republic. This fact is taken by local inhabitants for rather unpleasant matter, because the relations between both countries are full of tensity. Seoul is surrounded among eight hills and is divided by Han-gang river. 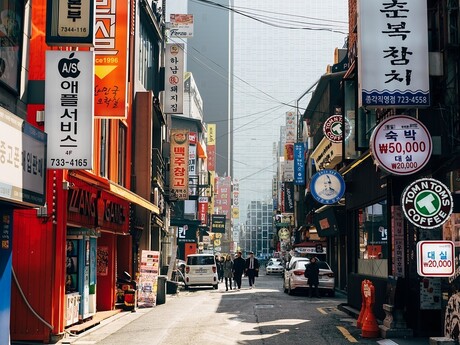 As far as the transfer possibilities are concerned, there is no problem, as the city has two airports. One is serving for domestic flights, and the second one - Intzhon - is an International Airport, landing port for Korean Air and Asiana Airlines. We travelled with Korean Air, and the crew, irrespective of very long flight, made their duties smiling and with positive attitude to all passengers. 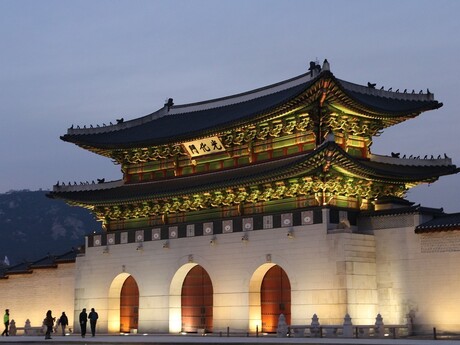 To tell the truth, only traffic jams during critical hours could be rather unpleasant, when your patience could be menaced. So, from this reason, nearly alll  vehicles are equipped with automatic speed levels. So, mechanical change of speed is too exhausting, as even 20 minutes lasting drive could be quickly changed to two hours´one. Apart of this, many people prefer to go by underground. It is quicker and you avoid a stop in vehicles´ blocking lines. 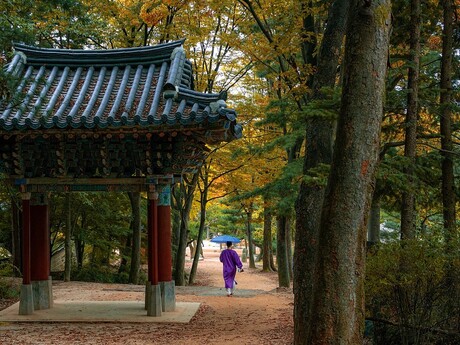 Regarding tourists, two areas are essential for them: It is Chung-gu, excellent with a fact that most of hostels and hotels (of various price categories) are to be found there, and most of sightseeings (places of interest) are located there. They are very interesting for everybody. Itaewon quarter is characteristic with its relaxed entertainment places, first of all, for them who prefer shoppings, pleasant relax in bars or lively night life in discos. 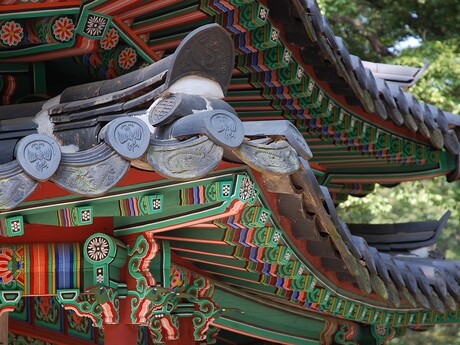 So, let´s have a look at  the places, which are worth to be seen, if you visit this part of the world. As the first one, this could be Kyongbpkkun Palace. This building served for two hundred years as a King´s residence. In past, this complex has their days of biggest fame, as it was very damaged within Korean War in 1910-1945. At that time period, only ten buildings remained preserved. The reconstruction begun early in 1995, and its former face was kept. Toksugung Palace belongs to another interesting monuments. The building was constructed in the middle of 15th century, and was placed in city centre. It is to be found just opposite popular Seoul Plaza Hotel. So, if you cross the street, you will admire a gate, put into high railings preventing the outlook towards the palace. Looking at this gate, you are curious to know what is hidden behind. 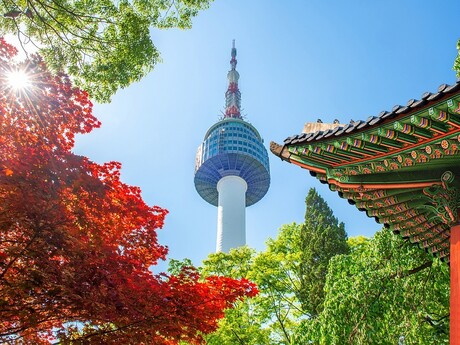 In Chandeokgung Palace, a fascinating Piwon Garden is spreaded, known also under name of secret garden. Small lake forms a part of this garden, surrounded with carefully maintained plants. When you walk among the trees, you seem to be coming there from another world. 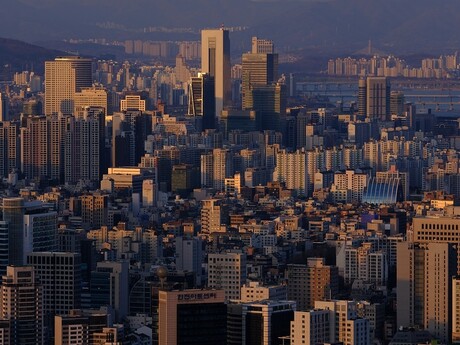 Namsan Park is situated below the hill, where outlook Seoul Tower, 483 metres high, is erected. The tower itself is 240 metres high. Thanks to this hill, it belongs to  highest towers of the world. You can evaluate it, especially when you loose your way in the city. The tower helps you easily to find  your right direction. As far as the separate ascent to the tower is concerned, the walk upstairs is not easy. Who feels that this mounting could be difficult, he could use a service of rope railway, being in operation each ten mimutes.