There couple of options how to get there. We chose to go by bus and then we went on foot. Riga is the largest city from all the Baltic cities. Almost 700 thousand people live there and very recently there lived even 200 thousand people more. How is it possible, you ask? It is very simple. The break-down of the USSR caused emigration and Latvia’s independence in 1991. Still, about half of the country in 1991. Country’s official language is Latvian. 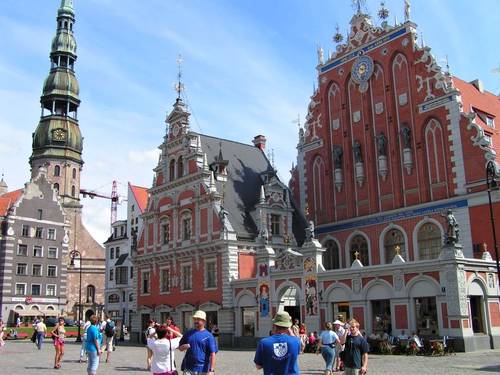 The Daugava splits the city of Riga. Only couple of kilometers behind the city, there is the point where the river enters the Baltic Sea. Proximity of the sea, and ideal location of this city gave it ideal conditions for fast development of culture, economy, or architecture. The sights included in the UNESCO’s world heritage site make it unique. Even if we compare it to other great European cities such as Petersburg, Vienna or Barcelona. Riga is famous for its unique markets, the oldest in Europe and the largest in the Baltics. The most famous is the fish market. You can buy there anything sea has to offer. Also, tasty food you can find at fruit, vegetable, or diaries markets. 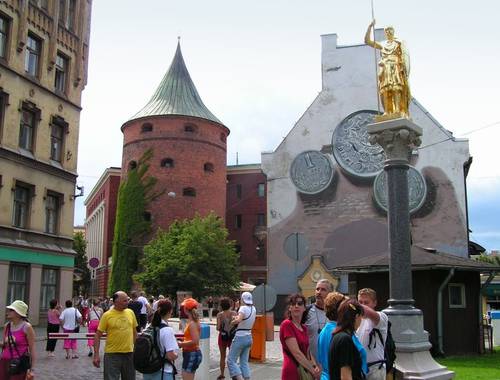 Anyway, lets take a stroll in large, and vast historical center. You can see Art Noveau splendor on every side. There are beautiful, tall churches, the biggest of them being Evangelical cathedral (the Riga cathedral) or the church of St Peter , you can enjoy a beautiful vista from the top of its tower. Perhaps the most impressive place architecture-wise is the most famous building in Riga, the House of Blackheads . It is actually only a copy of former building damaged during the second world war and later demolished by the Soviet troops. Right next to the House of Blackheads there is ugly black building that is the museum of occupation telling a story of 50 year Russian occupation of Latvia. Golden statue of St Roland holding a spear and shield with Riga’s coat of arms is on the square. Bit further, we saw Powder Tower , the last remnant of former city wall. Today it is a part of Latvian military museum. Worth mentioning are also the so called Three Brothers , actually three historical houses in the city center. One of them ,house no 17, is the oldest residential building in Riga. It was built towards the end of the 15th century. 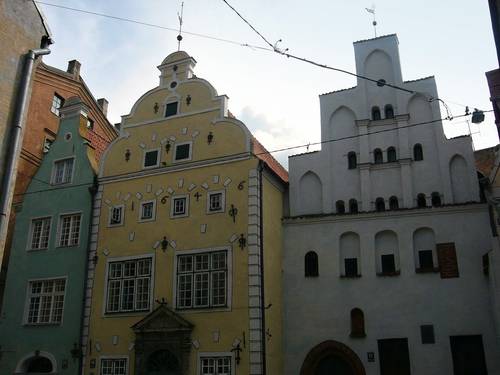 Except for architecture, there are many restaurants in the city that offer great food. We recommend you to taste traditional Latvian kvas. It tastes strange but it enriches the atmosphere of the Baltics. Riga could be also called the city of students as a couple of prestigious universities are located there. Also, the state’s executive power resides there. Also, stop at some vendor’s. You can buy there fridge magnets, postcards, or unique pieces of amber. Just watch out for fakes!

As we didn’t intend to stay in Riga for long due to our full schedule, we hadn’t walked in outercenter of the city. But we sure recommend it to you for you can see, for instance, monumental Memorial of Freedom - the symbol of young, free, independent Latvia, and many other things. 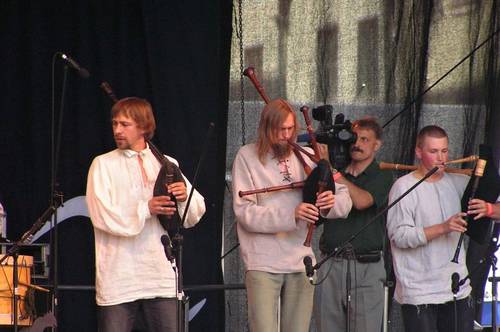 In the time of our visit to the city, it was live for tourism as well as music festival that put a nice touch to our walk. We can only recommend it to all lovers of traveling.