The town of Trakai is a small urban settlement of about 5000 people. However, it is very popular among tourists. Why? Because of its sights which are among the most important in the whole of Lithuania. In the past, the town was the residence to Lithuanian rulers. In 1409, it became a town which started its fast growth. Soon Trakai transformed to a noisy trade center. This lasted until 1569 when the city became to fall due to the unification of Lithuania and Poland to the so called Union of Lublin. 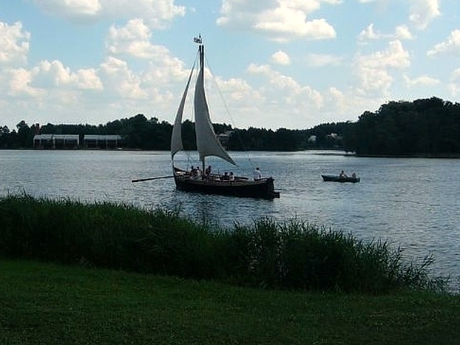 One of Trakai’s most important sights is without any doubt Trakai Island Castle (Trakų Pilis). It was founded by Grand Prince Gediminas in 1321, an unspoken king of Lithuanians and Russians who laid foundations to Lithuania’s power status in northeastern Europe. The original castle of Senieji Trakai was located 3 km to the southeast from the today’s castle. Two years later, Gediminas founded another castle and the new capital city Vilnius. Yet the first verified sources come from 1337. They mention the so called New Trakai (Naujieji Trakai) on the place which have remained the same until the present.
Either way, the castle have gone through some dramatic history. It had to face crusaders who eventually didn’t conquer it. Then there were many invasions so around the castle a system of fortification was built. It consisted of two castles. The first one is built on the peninsula as an advanced fortress. The other castle is built on the island on Galvé lake. While we can see only what remains of the walls of the first castle, Island castle is a true architectonic gem. In the 15th century, it was rebuilt to be a residence to Lithuanian rulers. In the 16th century it was losing its importance and rebuilt into a prison in the 18th century. Several years later it was demolished and only some parts of towers and foritification were left of it. 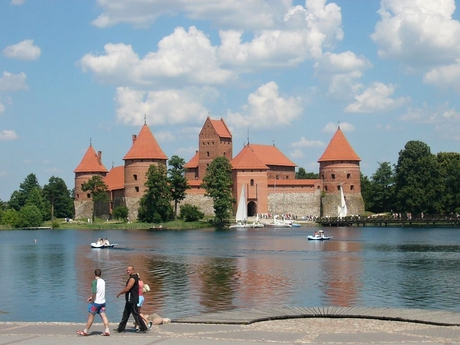 Fortunately, its renovation began in the beginning of the 20th century. It was done according to surviving documents. The castle emerged once again in its 15th century form. The whole renovation was finished only in the 1990s. You can get to the castle across the drawbridge, well, rather a polebridge. On the other end, there is a yard from where you can get to the individual rooms in the castle. There is a museum of history and the present of Trakai. 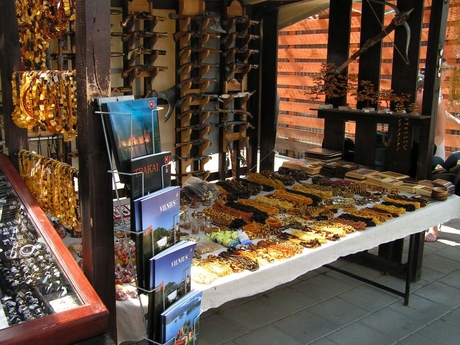 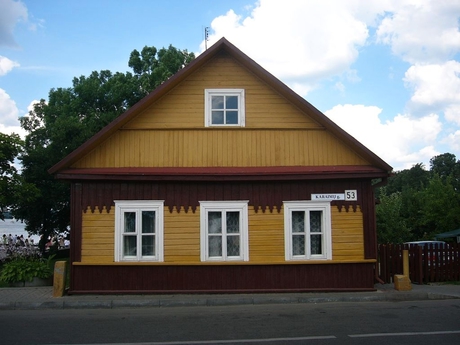 The town of Trakai is set to picturesque nature with many lakes. Except Island castle there is also a catholic and orthodox church, Karaim synagogue, many Karaim houses with three windows (1 for God, 1 for the owner, 1 for Grand Prince Vytautas) built by the Karaims. They were invited by Grand Prince of Vytautas and came into the town in 1397. Their goal was to guard his residence. They settled there and the town became their main cultural hub until the so called uprising of Bohdan Khmelnytsky, i.e. the war between Russia and Poland in 17th century. Many of them died during this war or were expelled. In the present, only couple of dozens of Karaims live there, and also a large Polish community. 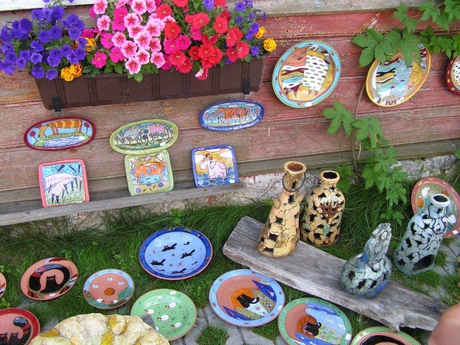 The city lives its own history. The way it cares for its sights and how it renovated them, or the number of souvenir stands by historical landmarks is only evidence of it. Really don’t miss Trakai on your journeys across the world.