Published: 1.8.2021
We will continue with tips for summer holidays in Lower Austria today. You will discover a beautiful lake, cool off in a cave, see architecturally unique Kamptal villas, spend a night at the chateau, where Sissi and František Jozef spent their honeymoons, and finally get to know the bastion of summer refreshment.

You will definitely enjoy the shimmering emerald-green lake in the summer. It is currently the only natural site in Austria inscribed on the World Natural Heritage List. The surroundings of the beautiful lake incorporated into the picturesque mountainous landscape are interspersed with a number of hiking trails. You have two options for experiencing the wilderness on your own - while wandering the so-called along the long and panoramic route to the Ybbstalerhütte hut, where you can spend the night after a more challenging but wonderful ascent. 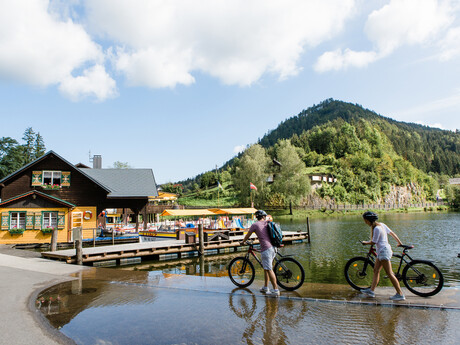 If you want to cool off, you can do so underground on the Lackenhof-Ötscher hike in the Schindelhütte waterfall cave. There are many charming Rothschild houses around the Lunzer See lake and the Langau-Rothwald wilderness in Dürrenstein. This is because as early as 1875, the Rothschilds allowed the very emergence of the wilderness by saving large areas of previously untouched forests from foresters, thus preserving them for future generations. 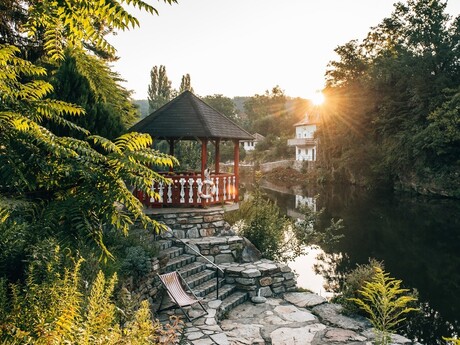 The Kamptal area is a place that is home to culinary specialties, thriving art and bathing beaches in the middle of evergreen forests, where you want to stay and discover the treasures of the region. That is why you will find the most beautiful Kamptal villas in the spa village of Gars am Kamp and its surroundings. Silent witnesses of the fashionable era, in which the ladies met young men and discovered nature and what they had in common on walks along the Kamp River. Sometimes they sealed their love under the angels of Paul Trogers and the saints in the Benedictine monastery of Altenburg. Celebrations of love also took place in the Renaissance castle Rosenburg. 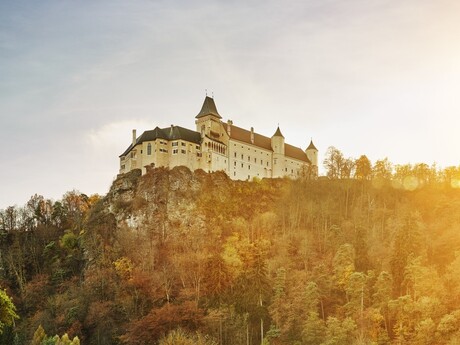 A Town of Great Love Stories

Experience stories of love in the refreshing castle park of Laxenburg, which invites you to a pleasant picnic and boating. Emperor Francis Joseph and Sissi once spent their honeymoons here. In 1856 their daughter Gizela was born here and two years later their son Rudolf. The Crown Prince also spent honey weeks here with his wife Stefania of Belgium. Yes, Laxenburg Castle radiates an atmosphere of love and elegance. Not far from here, in the picturesque Helenental valley, you can discover an architecturally unique and at the same time very dark chapter from the life of the monarchy, the Mayerling hunting lodge, where Crown Prince Rudolf traveled to the other world with his mistress, 17-year-old Mary Vetser. 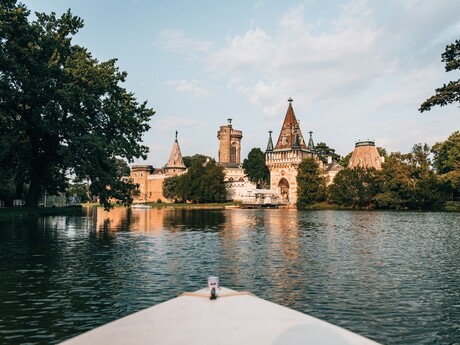 When it comes to Lower Austria and swimming, many think of the town of Baden. No less beautiful and interesting, however, is Bad Vöslau, which is connected to Baden by many hiking trails. Especially beautiful is the so-called 1st Vienna water route, where you can enjoy wonderful views and take a break in one of the popular villages. As the guides say, Bad Vöslau, like Baden, is a bastion of summer refreshment. Traces of wealth and beauty can be found almost everywhere. The traditional thermal baths of Vöslau are a perfect example of the resort as in ancient times. Here you can freshly refresh yourself with fresh mineral water between the historic cabins, which resemble terraced opera lodges, overlooking a large area for swimming and relaxation. 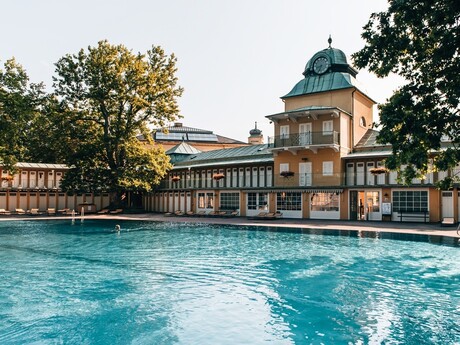 Published: 29.7.2020
Lower Austria offers a number of excursion places that will ensure well-being, fun and refreshment for every member of the family - children and adults. In addition, practical accessibility will simplify your travel, so today we will complete the inspiration for short summer trips.

Lower Austria: Six Places Where You Can Take the Most Beautiful Photos

Published: 16.6.2019
Wild nature, sunny vineyards, ancient walls and breathtaking views. Lower Austria offers the most beautiful places and tourist destinations made for your social networking profile. Today, we will advise you on which routes and journeys to follow the most interesting photos. These 6 hiking trails are just across the border.

Published: 1.8.2018
Vacation is best to take in Summer. It is great to spend it in beautiful mountain environment either you are in a pair or you have family with small children. Lower Austria features over 15 thousand trails – mountain trails or theme trails which are there waiting only for you!

Published: 30.9.2020
During autumn events in Lower Austria, you can enjoy wine almost everywhere at wine events - right in the vineyards, wine alleys, cellars, restaurants, but also on the street. The locals call the Lower Austrian wine autumn and the fifth season. From August to November, wine is the focus of local life.