Villa Sancti Martini:  this is the oldest name of the community, coming from 1284. The locality got its name according to the church consecrated to St.Martin - Bishop from the town of Tours, France. In 1340, King Charles Robert granted the town the respective rights and the community became natural centre of Turčianske Valley, along Turiec-river, enclosed from both parts with afforested massifs of Small Fatra and Great Fatra Mountains. The town is placed approx. in an altitude of 400 metres above sea level. 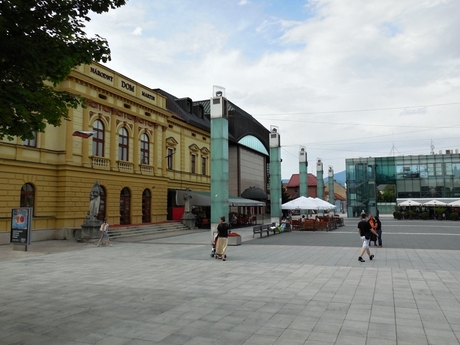 Till the beginning of 20th century, Martin was small provincial town. Despite this fact, this seat was expressively and repeatedly registered into Slovak history. Since middle of 19th century, the place became background of local intelligentsia. They created there the centre of culture, science, art, but also finance and politics. So, the first Slovak associations, such as, for instance Matica Slovenska (1863), were established there. This union took the first place, regarding efforts of acknoledgement of rights, expressed in Memorandum of Slovak Nation of 1861 (autonomy, independent congress, government, University, etc.) declared just in Martin. At the end of 1918, the town was registered in history for the second time, when Slovak National Council, as the highest representant of national interests, applied for, by means of so called „Martin Declaration“ the idea of common (mutual) Czecho-Slovak state. In general the 20th century brought great prosperity of the town, especially thanks to industry development (machinery, armament, press, automobile or pharmaceutical industries). At present, the town has 60000 inhabitants approx. 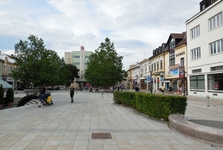 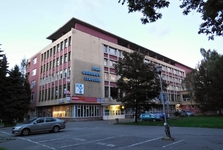 Historical nucleus of the town is not big. It is bordered with passenger zone, around St.Martin Church and Slovak National Revolt Square. Most of monuments are bound to recent history, as there was preserved a few monuments only from ancient time period. So, former Zupni dom of 1740 (County House) is square dominanta. You can find there Turcianska Gallery, gathering artistic collections from Gothic era till present time period. In the oldest building of Slovak National Museum of 1908, there is a seat of Turcianske Museum of Andrew Kmet, presenting nature and educational collections of Ethnographical Museum. Nevertheless, the visitors cannot miss  there the greatest Skansen of People´s Architecture (more than one hundred houses, placed on surface of 28 ha), which také the name:The Museum of Slovak Village, at south part of the town, in the locality of Jahodnicke haje (Strawberry Forest). 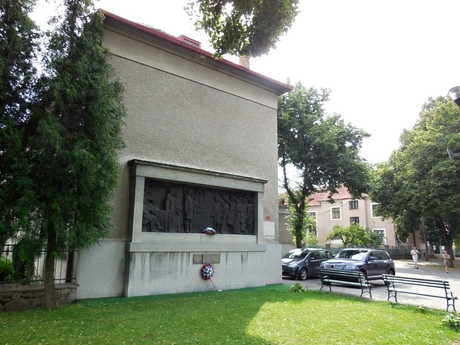 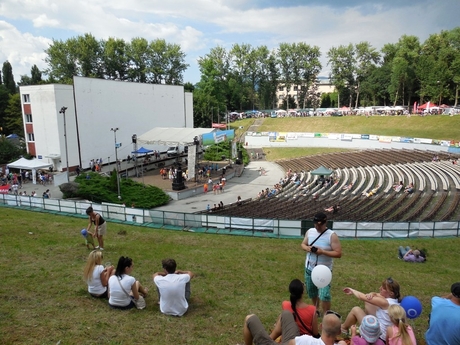 Anyway, let´s return to city centre again. In the first historical building of  Matica Slovenska, there is to be found a seat of Slovak National Literary Museum, presenting standard exhibition of  Slovak literature and belles lettres, since ancient times till present period. Even National Cemetery (cintorin) belongs to cultural and historical places of interest. Here, you can find the tombs of many important personalities of Slovak culture. As far as the other museums are concerned, let´s remember, for instance, Red Cross Museum in Slovakia or Museum of Czech Culture in Slovakia. Both buildings have certain connection with Thomas Garrigue Masaryk, the first President of Czechoslovakia. In near community of Bystrička, you can see a house, which was built according to the order of TGM. However, the house is in private ownership, but the proprietor enables entering the interior, from time to time, after apply for in local administration office: www.bystricka.sl 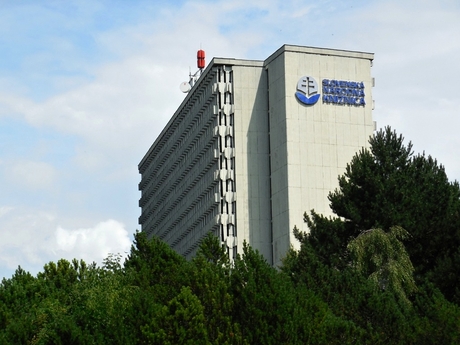 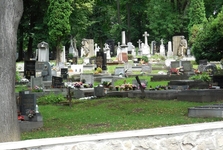 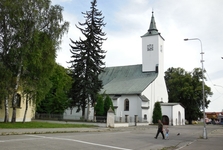 Nature and Environs of the Town

Except cultural monuments, the tourists are allured - in summer as well as in winter time period - with rich offer of nature attractivities. Martinske Hole - this formation is well-known, thanks to its position, especially for skiers, as the skiing is available there till late spring, when the snow is missing in another ski centres. On the other hand, the countryside offers unique experience for wandering tourists and for cyclists as well, including phantastic vies to Turcianska Valley. In town´s environs, you can find nearly 400 kms of marked tourist trails of various stage of difficulty, including mountain cycling tourist excursions, up to the altitude of 1400 metres above sea level. Within scope of near environs, it is worth to visit the community of Turčianske Teplice - Spa and aquapark, ski centres Martinky Winter Park, Jasenska Valley and Snowland - Valčianska Valley, ruines of Sklabiňa, Blatnica or Zniev Castles, or Blatnica and Mošovce Chateaux. From nature value point of view, Gader and Blatnica Valleys (in Great Fatra Mountains), Klaštor Meadows, Mošovske Alleys or protected Jazernica Lake, are very attractive, too. 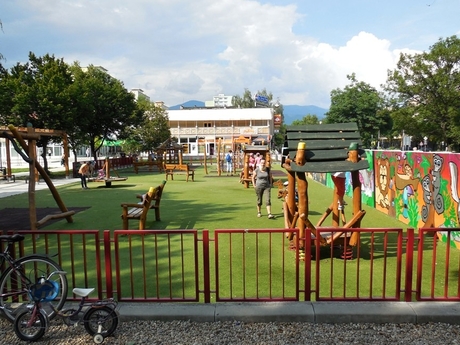