Mexico is a country known perhaps also due to infamous drug cartels. Should you decide to travel there, you have to learn about current security situation. You have to stick to recommendations of the Czech Ministry of Foreign Affairs. 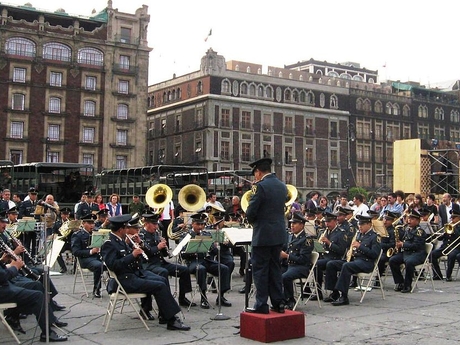 Mexico City is the capital of Mexico and one of the largest cities in the world. It is located in the southern part of the country creating a special federal district, just like Washingtonu D. C. 8 milion people live there; 21 if you count metropolitan area.

Mexico City was originally named Tenochtitlan. Perhaps the name is familiar to you. It used to be the capital of the Aztec civilization. It was built in the first half of the 14th century. You can get some idea about how the city looked by looking at an illustrational image. 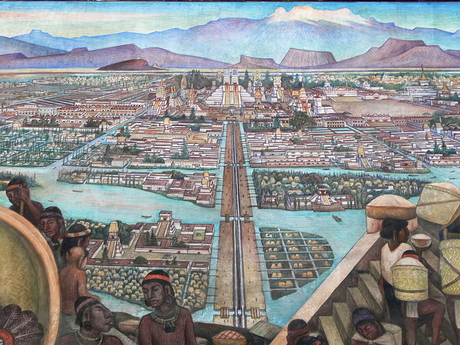 Mexico City was built in 1524 upon Spanish conquest. Its center ever isnce has been Zócalo square. The name is unofficial because its official name is Plaza de la Constitución. Since the Aztec times, the square has been a place where people gather to celebrate various holidays. Also military parades take place there, or people protest. Hernán Cortés, a Spanish conqueror, used the stones of Tenochtitlan’s Templo Mayor to pay the square.

The size of Zócalo predestines it for mass events. It is of square shape, 195 x 240 metrů (46 thousand m²). This makes it one of the largest squares in the world Karlovo square in Prague , Czech Republic, (about 80 thousand m²) is larger. Yet unlike Karlovo square, entire Zocalo is paved. 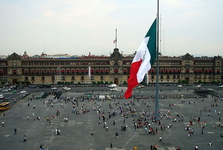 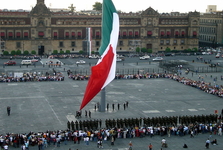 In the 1980s, the square became a theatre to many cultural performances. Every day, there are Aztec dances with drums in the background. Once, there was even a ice rink. Among larger events is Festival de México held annually. It starts in the middle of March, lasts two wek. There are about 50 venues where artists perform dances, concerts, theatrical or opera performances. 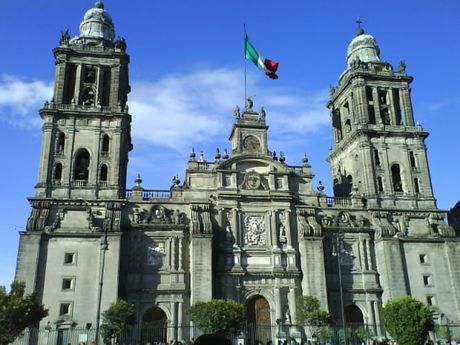 There are some important landmarks at the square. One of them is cathedral Metropolitana de la Ciudad de México, which was built in the years 1573-1813; or there is monumental Palacio Nacional, a residence of executive power; or Portal de Mercaderes.