We set out for this town with a rich history from our base in Tivat. The journey to Budva, highly admired by tourists, took us around 45 minutes. Meanwhile, as we traveled across local greenery, we opened our guide and we were immediately impressed by two things – first, the history of town’s settlement is more than 4600 old; second, the town had been from its earliest history until modern days ruled by Greeks, Romans, Venetians, Ottomans, French and last but not least Austrians. Every of these nations left significant historical trace..  Interesting was also the arrival of Arabs who in 831 A.D. not only stopped the growth of this town, but also they partly destroyed it and looted it. Despite these dark times, Budva had been restored and today it is one and of the most popular, and also most expensive, summer resorts of Montenegro. 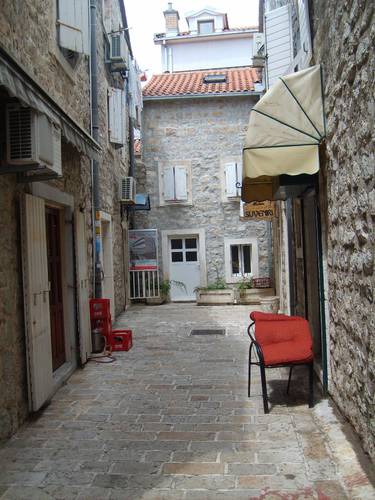 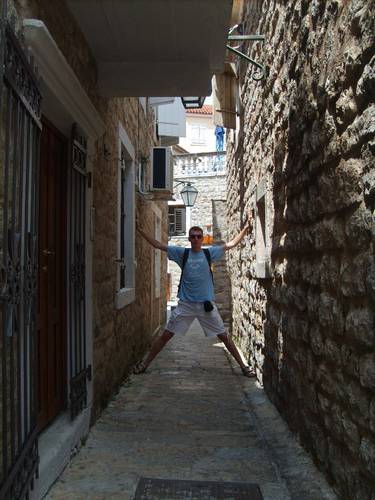 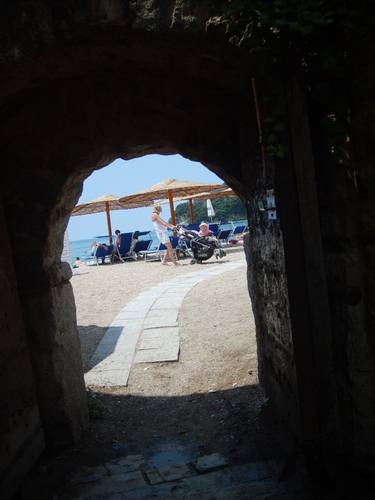 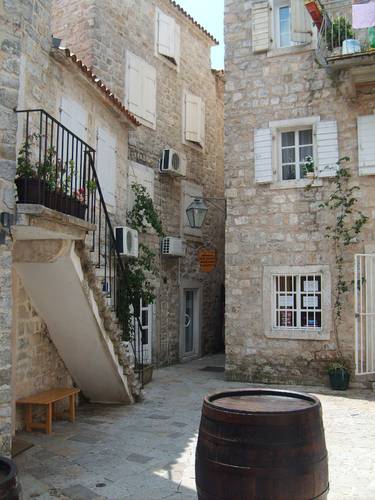 After the arrival at the place we were amazed by the beauty of Lovčen and Paštroviči mountains surrounding, or rather protecting the town from an influence of the inner part of land. We started getting feeling that we are not in  Montenegro, but rather somewhere in Italy. Everything was new and shiny. Roads and pavements were well maintained and lined with palms and flowers. Lively construction indicates positive development of the town that still continues. The best part of the town, at least for us, were amazing beaches with  small red stones.  One of them was surprisingly for us called the Slovak beach. It is no wonder, because you can hear Slovaks all-around the town.

The Old and the Modern

The old and picturesque part of Budva is surrounded by beaches. This part of the town you can find on a small spit of land that was “embraced” by a massive fortification. Close to this wall is located a huge Avala complex consisting of small hotel/restaurant town. Small companies were designed in original style – i.e. in a shape of a pirate ship, other looked like from some other world unmatchable by rest of the restaurants on the promenade. Most of these buildings during nighttime changed to disco paradise. 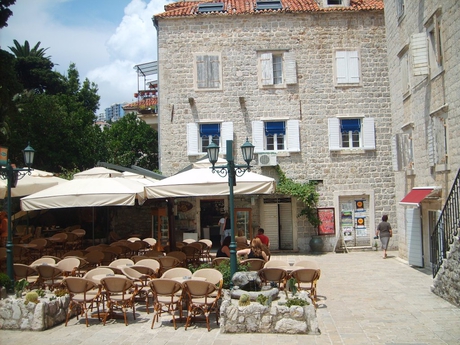 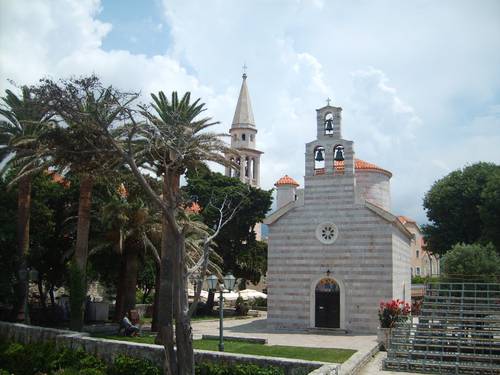 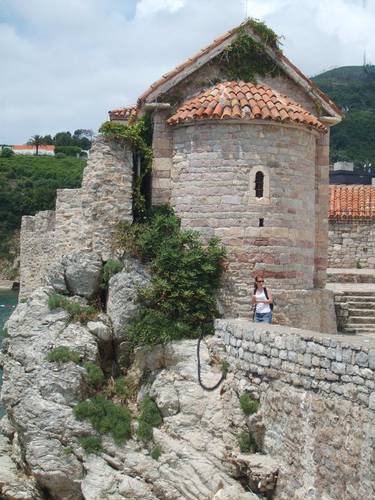 So beautiful and  narrow streets only one meter wide, we haven’t seen even in Perast or in Kotore/a>, we can tell you that. Moreover, when we were walking through these streets we passed several narrow gates behind which we were minibeaches running into the sea, which untiringly washed town’s ancient fortification. In unbelievably hot summer we appreciated high walls that provided cool shadow. When we climbed up on the fortification we had an amazng view over extra salty :- ) Adriatic Sea. We noticed approximately 800 meters from the old town emerges a small island Sveti Nikola. On the island are ruins of the church of Saint Nicolas (at least according to our paperguide). Unfortunately, we didn’t have enough time to visit the island.

With an ice cream in our hand we slowly finished our exploration of Budva. Quite vast town was clean, had well-developed services and pervasive traffic noise. The coast was stacked full with  superyachts of superrich all in contrast with humble boats of locals. After our arrival at the station that looked rather as a botanical garden, we just get into our bus and moved off back to our base in Tivat.