Approximately on the half-way from the town of Tivat to Budva town located on Luštica Peninsula which separates Bay of Kotor from open sea. On the peninsula you can find a beautiful and unusual 300 meters long beach. Why unusual? Thanks to sand. It is usual that beaches in Montenegro, i.e. most of summer resorts in the Adriatic Sea are usually covered with soft or with coarse-grained gravel of many colors. For us it was a pleasure to visit this place, take shoes off and just walk on white sand, pleasantly slipping between our fingers. However, the uncommonness of the place was in its untouched nature .

Fortuitously we discovered this piece of Montenegro’s paradise. During a travel from Budva we spoke about in the last part, in one of many curves on the road in a steep “depression” we got a glipse of some sort of bay crammed with parasols. After our arrival at hotel we checked map in our book guide and found out that the bay we saw is actually a summer resort dedicated to mass tourism. It was built 40 years ago and mostly visited by unions from Czechoslovakia. Later, in 1990s, children from the Czech Republic and Slovakiastayed there to rehabilitate. At the end of our reading we discovered the area is suitable also for families with small kids. Right on the next day we moved off to see this destination of “mass tourism”.

After our arrival at the acclaimed place we were little bit shocked. The shock was caused because of socialistic architecture that was half-ruined or entirely in ruins. Walking on “beautiful” concrete panels we reached the beach. While still walking on our right we could take a look at entirely dilapidated  caravans only camp. On the left we saw scuffed hotels. Well, our entrance was only a minor imperfection of this extraordinary and attractive place. As I noted before, when we arrived at the beach we discovered a whole new world. Everywhere were parasols, shower stalls, and snack stands. The sea was crystal clear and turquoise. Thanks to white sand that had been delivered here in trucks we could see seabed. If you were around quarter kilometer from the shore you still had water just little bit higher than your waist. Those who went there to swim were rather sunburned. 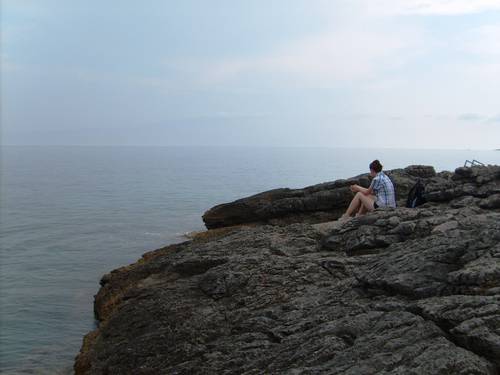 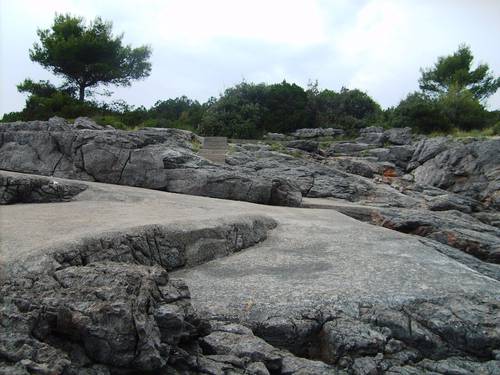 We walked along the shore and it had been a good decision because not far from the shore we saw a fascinating underwater world dominated by small fish, crabs, and sea hedgehogs. Luckily, no one of us encountered the last :- ) When the sea stopped to entertain us we, as is common for Slovaks, visited a snack bar. I won’t ever forget the brilliant flavor of megapancakes. After our delightful lunch we headed towards local wonders of nature. We noticed a narrow pavement and we used it. There were lot of bushes and trees alongside the pavement. We had to stop because we were amazed by the sound of cicadas, because it supported our pleasant feeling of the place. After this short brake we got, I don’t know how, to massive rocky coastline with open sea. Limestone rocks were “gnawed” by the sea waves. In crevices were seashells. When we were collecting them we sat for a while on warm rocks and quietly observed horizon on the sea. We immediately understood the name of the summer resort - Plavi Horizont. It was hard to leave, however, everything has to end once. We got a last goodbye glipse of this beautiful place of Montenegro and returned back to our base. 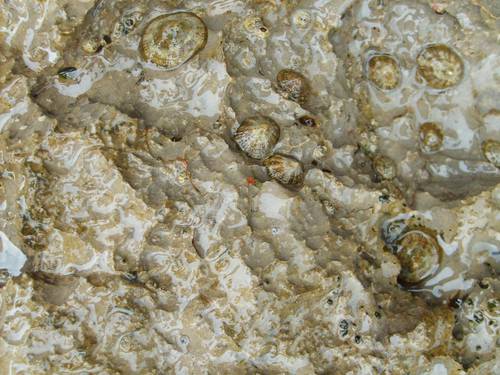 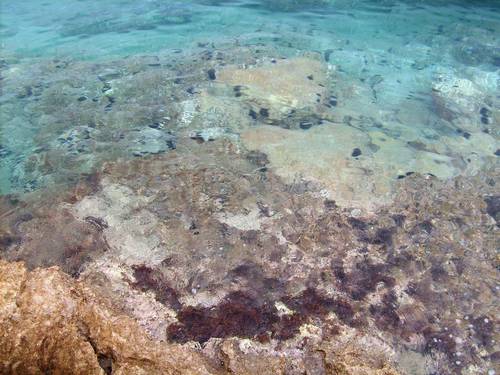 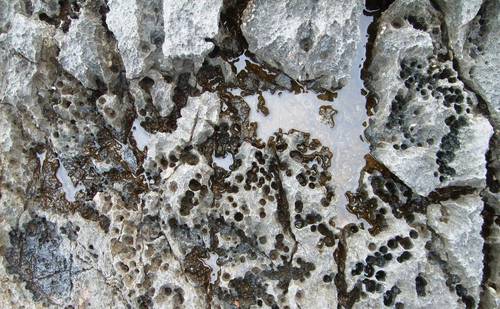 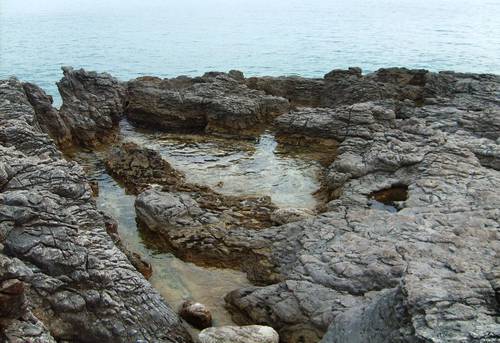 While we were waiting for a bus, we had heard a conversation that local architecture is about to experience better times. Thanks to upcoming investments old buildings should soon disappear and be replaced with modern ones that wouldn’t ravage character of surrounding nature. This should move the place into the top of world summer resorts. We hope they will succeed. And we hope that construction will not ravage a unique character of local nature.

Just few last words. Montenegro is full of contrasts. It is wild, unbounded on one side, on the other it is friendly country with a long history. Together we visited only fragments, since the whole package offers more. Do not hesitate and visit it. You will get to know unknown, visit something new and have new experiences. Even now, after the main touristic season is over.