Namestovo is a town of more than eight thousand inhabitants. Thanks to the dam, everyone knows the town. Relative proximity of Polish borders, a unique island of art, unusual cottage of Hviezdoslav or majestic Babi Mountain make it an ideal starting point for your trips. Before we start our tour, lets learn something of its history. 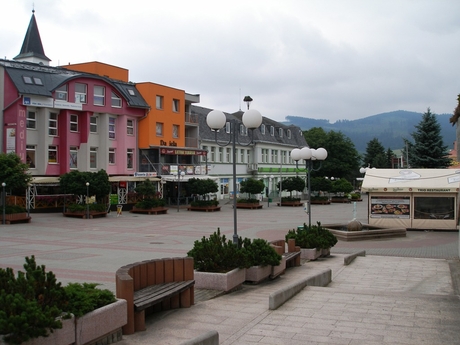 History of the town

The area of Orava together with Orava Castle used to be a property of King Ferdinand I of Habsburg. It was usually used by royal authorities until the mid of 16th century, i.e. the year of 1556. Then it fell into the property of Bishop Frantisek Turzo. It was a beginning of pretty dense settlement of Orava. Villages were established including Namestovo. A year later, in 1557, the dutch of Orava issued Soltynska Charter to Ondrej Randa and another 11 farmers of Namestovo. Gradually this small settlement grew, thanks to it location that was right on an important trade route to Polish markets. In 1776, it economically flourished and received market privileges from Maria Theresa. 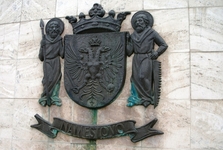 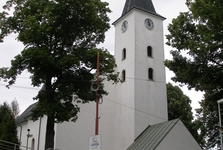 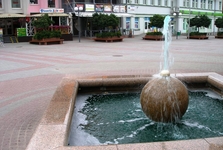 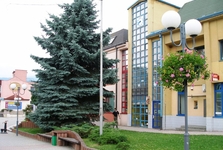 In the 19th century Namestovo became a center of weaving and since the beginning of the 20th century it also became a center of social and political life in upper Orava. A sad fate of the town unveiled in the end of the WW2, i.e. April 2, 1945 the town was destroyed . 64 inhabitants died. Despite this tragedy the town rose from ashes. IThe most important change was the construction of the Orava Dam . Since 1953 when it was finished it became a vital part of the town. Unfortunately, the construction of the water dam led to flooding o five towns and large part of Namestovo including its historical core. The population was moved to “Lower land.” Several years later, the town saw industrial and housing development. Then the town got its present form. Since 1996, Namestovo is a district town of upper Orava region.

Landmarks and interesting a zaujímavosti

Orava Dam created conditions for development of tourist industry in the region. Every year, the dam lures many sport fans that can fish there, swim there, surf, yacht and do many other atctivities. It became a sort of social center, a place to organize many cultural events. On the shore of the dam you can find many accommodation facilities and also many restaurants. Very attractive attraction of the dam are islands. The very first of them, the so called Bird Island, is not open to the public, however, a view of birds flying around it is literally fascinating. The second island is Slanicky Island. The dominant of the island is former town of Slanica (the name is after salt spring below Babia Mountain) – calvary with a church and a cemetery. The interior of the church consists of exhibition hall where are traditional Slovak folk plastics and paintings. A chapel offers you a glimpse to the past of the flooded villages and famous figures. In front of the chapel , there is a statue of the first codifier of formal Slovak language It was a native of Slanica,  Anton Bernolak and also, there is a free exhibition of lapidarium of Orava stone work. You can get on the island by boat. 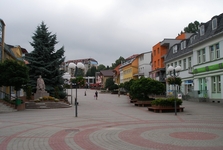 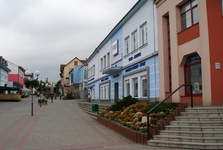 If you go to the center, do not forget to stop at sellers from Poland. They are located on a parking lot near to a walk zone. They offer seasonal vegetalbes, fruits and other consume goods. The center is pretty modern, it ws mostly built in the 1970s. The statue of Pavel Országh Hviezdoslav is located there as well as fountain, or a memorial wall remending us of important natives such as Anton Bernolak, Milo Urban, Ján Vojtaššáa, Martin Hamuliak or Poet P. O. Hviezdoslav who worked there for 21 years. 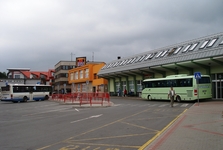 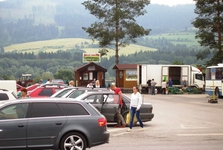 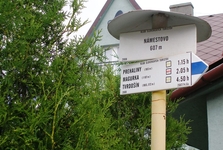 As we already wrote before, Namestovo is a a great initial point for trips and also for visits of Orava landmarks or natural wonders. Such as pretty new dominant of neighboring town of Klin. It is a 9 meter tall statues of Jesus Christ, it is a copy of the Christ statue in Rio de Janeiro. Also there is Orava Castle in Oravsky Podzamok, wooden gothic church in Tvrdosin that is included in the UNSECO list, forest railway in Oravska Lesna or natural reservation of Babia Mountain and Pilsko with original pine forests and many othe protected marhslands. Also, it is near to the Western Tatra, to its most beautiful part called “Rohac”. If you plan to visit Orava, you have to visit its center, the town of Namestovo.