en.infoglobe.cz » Netherlands: Rotterdam – The City of (Not Ony) Novel Architecture 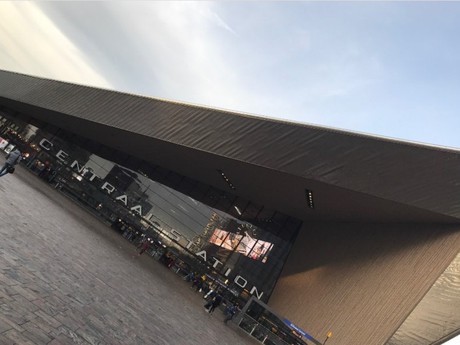 The city was bombed during the WWII. Not much of its original architecture was left. This, however, created space for new modern buildings. If you travel by train to  Rotterdam, the main train station will be the first thing you will be amazed by and also a foreshadow of what awaits for you in the city itself. 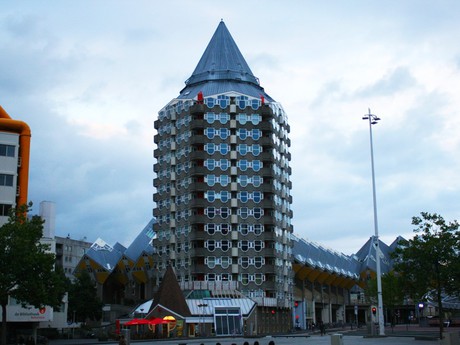 The most interestin and attractive building is city market. And you shall not miss it while in Rotterdam. Perhaps it doesn't sound any interesting but it is truly great.  Markthal is a unique place. It is the very first roofed marketplace in the Netherlands. Globaly, it is the only one which is connected with residential district. Let's see how it looks and atmospehre inside it. Once you enter, there are great smells which attract your attention. Then look at the ceiling of this majestic building. There is an impresive ceiling full of flowers and fruits. Projectors change it into the nightsky after the sundown. There are fresh and tasty food products from local suppliers. As the Dutch prefer marketplaces before shopping malls you will find this hall very vibrant. 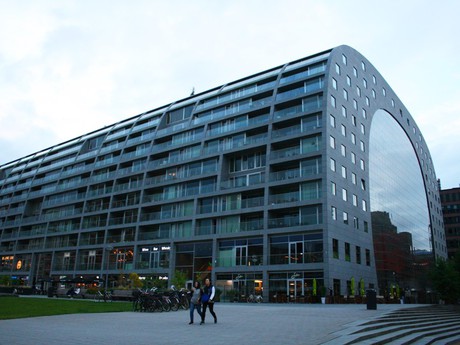 Be sure to not to miss the old harbor. It is situated in the city and is easy to reach. Walk through it to see the old yet still operating cranes, docked ships, and modern buildings surrounding the place which creates an interesting contrast. 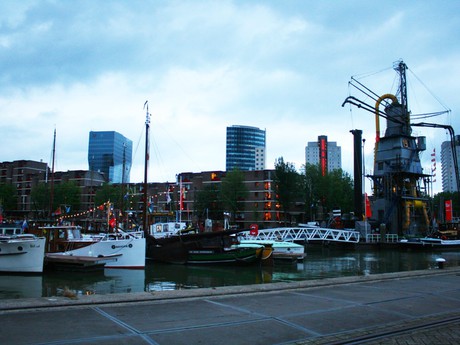 Another Rotterdam's landmark is the Erasmus bridge (Erasmusburg). It was built in the 1990s and crosses the Nieuwe Maas river. The bridge connects the norther and the souther parts of the city. Its design perfectly fits within the modern architecture. Like in the case of the marketplace, we meet the number one in the world. The bridge lifts up, so ships and boats can sail through. It is the largest and heaviest bridge of its kind in western Europe. It has also the largest panel of its kind in the world. 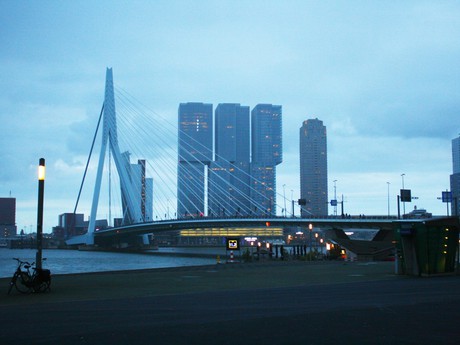 Rotterdam is a place where you can see how modern and historic architecture can work together. It is a great example of how a city can rise from the ashes to a modern looking city.