The name of this trek suggests its extreme conditions. Therefore, you need to brace yourselves. Take on appropriate clothes that would allow you to remove layers graudally. I set out to Tongariro in the beginning of summer. The temperature didn't rise above 2 degrees during sunrise. Wind was cold. However, as we were reaching the end of the trail it would be as hot as 30 degrees and the sun shone sharply. 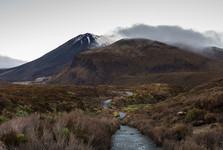 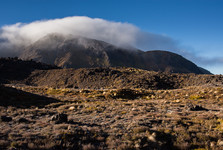 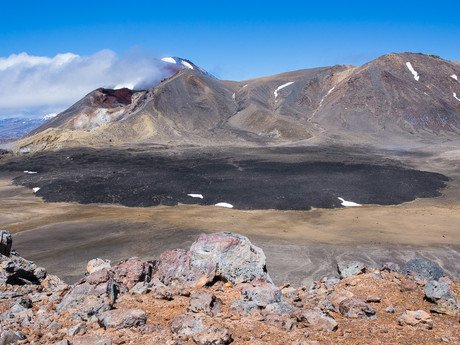 You start the hike on a parking lot in Mangatepopo village at 1120 meters. Ruapeho volcano rises as a giant before you right from the outset. As the landscape changes you get the idea what awaits you up above. All vegetation disappears mere one kilometer into the trail. Once you start climbing steeply, only clusters of grass manage to survive in this environment. Otherwise there is only stiff magma and huge boulders. 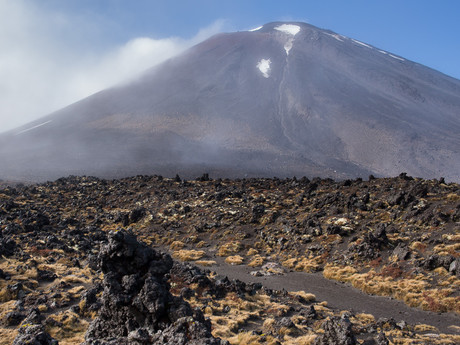 Should you travel for a longer period of time, several days for instance, and you feel strong enough, you can climb up to Ruapehu. I found the hike up a plateau quite enough. The elevation is several hundred meters and then you can hike up to one of lower peaks. Once you overcome the last couple of meters, you will see the red crater and unnaturaly blue water of Emerald Lakes. You will get goosebumps when watching volcanic wasteland containing many strange formations. No wonder director Peter Jackson set here Mordor in his film adaptation of the Lord of the Rings. 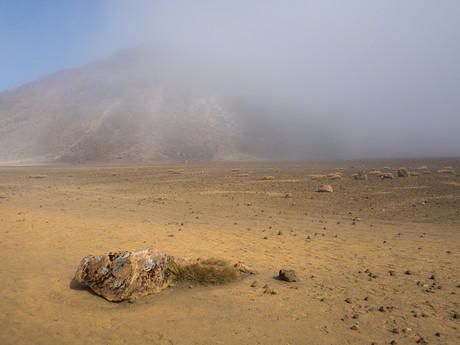 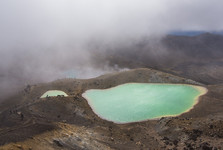 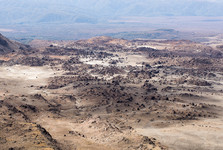 Upon short descend to another plateau. And after one short climb more, there is another ridge and then you go a long way down to Ketetahi Hot Springs. A beautiful vista over vast Taupo lake opens up infront of you. Actually, it is a huge volcanic crater filled with water. 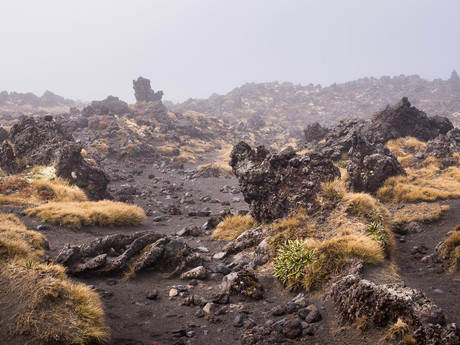 Were I to choose one trip on New Zealand's northern island, my choice would be Tongariro Alpine Crossing. Once you complete this strenous hike, the vistas over volcanic landscape there would be your beautiful reward. I cordially recommend it!