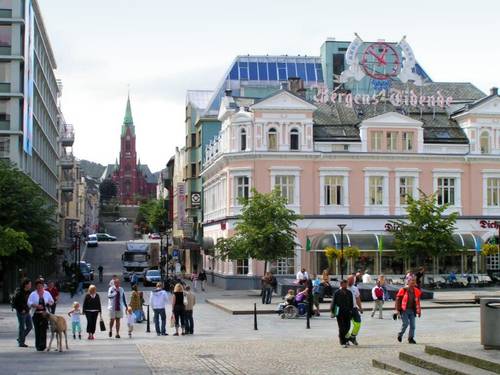 City of Bergen of quarter million people is located in southwest Norway, located the peninsula of the same name. It is surrounded with mountains, lowlands, bays, and the sea. The symbol of the city are seven mountains (De syv fjell) and locals worship them, for instance by crossing them over every year. Also, they are depicted in city’s coat of arms. This shows how deeply the city is connected to wild yet beautiful Nordic nature. The history of the city begins in 1070 when King Olaf III of Norway founded it. When we take a short crash course on its history, perhaps the most interesting part was between the years 1217 and 1299. Then it became the capital instead of Trondheim. The 13th century seems also interesting. Then Bergen became a member of German trade places (the so-called Hansa). This membership brought it prosperity and made it one of the largest cities in a 17th century northern Europe. It also had been Norway’s largest until the 19th century. Certainly, its history is much deeper. Lets look, however, at its present. 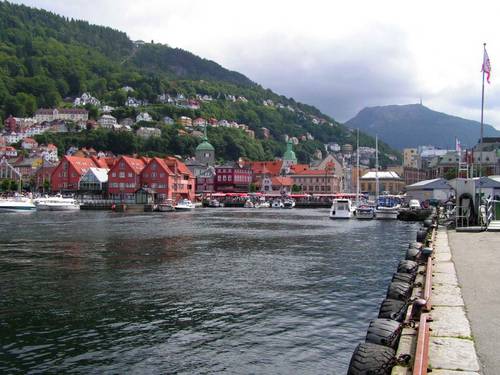 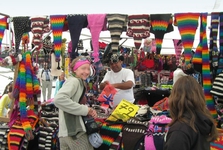 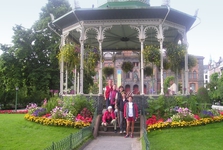 The most popular place among tourist is Bryggen district, the oldest in Bergen. It was built in the 18th century and has a medieval feel in it. It is located along east bank of the port of Vågen. Typical are its wooden houses inscribed as the UNESCO world heritage in 1979. Once this district used to be a center to trade. Today, however, it is rather an attraction. It was very interesting to visit it. We have learned that flames often consumed this part of the city. The last one, pretty recently, happened in 1955. Also, very popular are sacral buildings and the Bergenhus fortress where the royal family resides and Rosenkrantz tower also belonging to the fortress. Also worth a visit is Torgalmenning square and its streets. Together they create a market zone. Buildings there are either Art Noveau or Functionalism. Also we have seen typical Scandinavian houses. At one of them, we saw a poster advertising trips in underground railway to the Fløyen Mountain, or to visit an aquarium where are sea lions, penguins, and many fish species. As we had not much time, we didn’t go for these ads. Maybe next time. 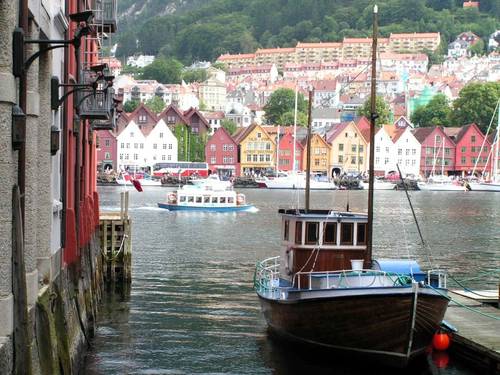 During our walks in the city we met many  students who study at local schools and universities. We talked to some and except for other topics we also talked about weather. In Bergen, it is pretty pleasant as for temperatures, on the other hand it rains often. On average it rains 213 days a year making it one of the rainiest places in Europe. Therefore, its being called the city of rain . We were lucky as it didn’t rain while we were there. 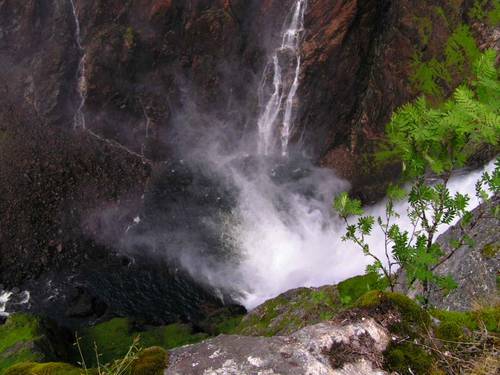 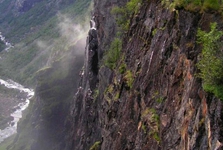 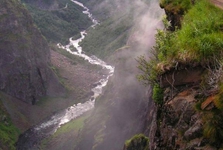 At the end of our visit we enjoyed the city while drinking a cup of tea. Then we moved to the car park. However, our day was far from end. We headed to Oslo. On our way we stopped at the most popular natural sight in the country. It is Vøringsfossen water fall , in the Hardangervidda National Park . The Bjoreio River flowing from a plateu to Måbødalen Canyon creates a cascade water fall that is 182 meters tall. A look at it was impressive. Once we feasted our eyes we moved on. Late in the night, we reached the capital. We will tell you about it next week.