Norway’s largest city has deep history and boasts with wild Nordic nature. There are couple of options how to gat there. The most practical is by plane or by train from Oslo. 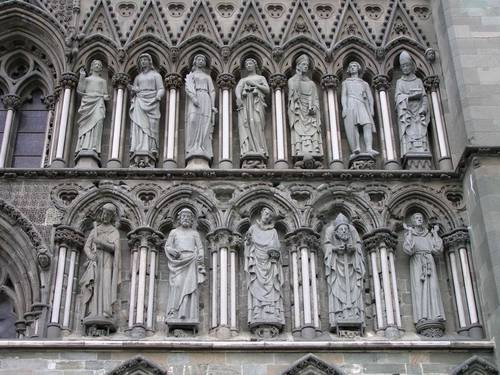 First things first. We should shortly mention its history. The territory has been settled since the late Stone Age. The city itself was founded in the Viking Era. The then Trondheim had gradually grown. Soon, it became the center for Christianity in Norway. New religion helped it to flourish but it also shed blood. The times were wild under Olaf II’s rule but Knut the Great brought peace. Then Trondheim (called Nidaros back then) became Scandinavia’s largest site of pilgrimage. In 1152, it became the residence to archbishopric and had been so until the reformation of 1537. This period left the city with beautiful structures such as archbishopric palace and cathedral (Nidaros Cathedral) which is the world’s northernmost Gothic cathedral and also North Europe’s second highest structure. It is also a place of coronation of Nordic kings. Even current king Harald V had his coronation there. Those were the time when Trondheim was Norway’s very first capital. 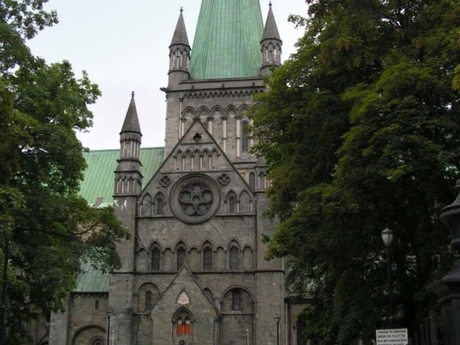 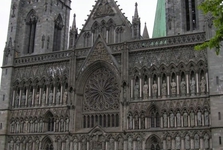 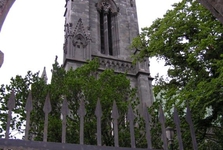 Later the capital moved to Bergen which caused Trondheim to fall. Archbishopric left the city and there were less pilgrims streaming in Trondheim. Fortunately, nature, or rather large copper deposits, saved the city and initiated its growth. Even small port suddenly became one of the most important. The city exported copper, timber, and fish. During this period, Trondheim faced many large fires. The fiercest resulted in complete rebuild of the city. New, better houses were constructed, streets widened and railway laid. The second world war was the era of Nazi occupation and famous submarine base. Today, the submarine base is a city archive and private port. 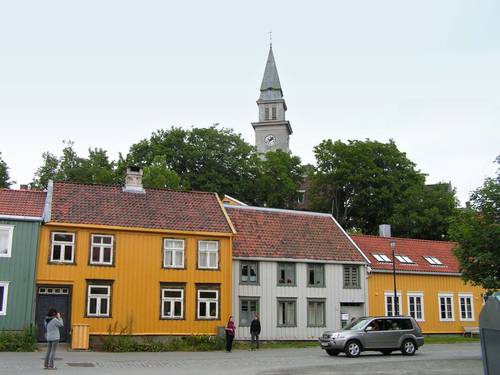 Trondheim is to be found in central Norway about 500 km off the polar circle. Thanks to high mountains and the Gulf Stream temperatures are pleasant. In summer, it is about 20 degrees, in winter minus 7. Still, it is good to have a good jacket here. Part of the city is Munkholmen island. Trondheim is surrounded with forest where you can discover badger, deer, and elk, or beavers and otter by river. On rare occasions you can see wolverine. Unfortunately, we haven’t seen any of the named animals. 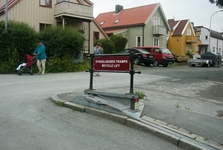 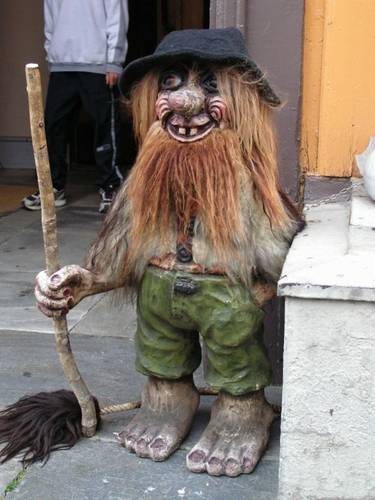 Students influence social life of 170 thousand people. The city is considered the capital of Norwegian research and development. There are couple of universities or the second largest university Norwegian University of Science and Technology . You can visit some of the theatres, museums, or galleries. During the year couple of interesting musical and film festivals are held in the city. 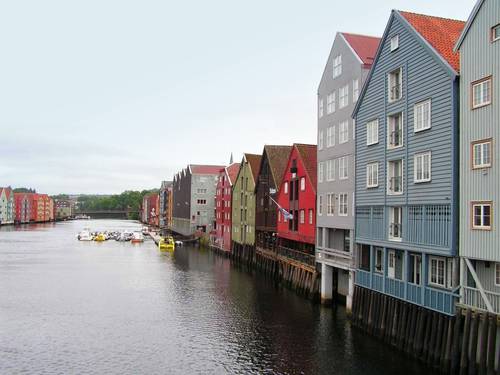 Tourists who visit the city as we do would probably see historic sights. You can move by walk or unique and the northernmost tram line in the world. There are also city bikes at disposal. The largest attraction here is the already mentioned archbishopric palace constructed in 1300. You can find it in the center of the city. Morevoer, you can see Nidaros cathedral with the St Olaf tomb, royal residence of Stiftsgården, or Kristiansten Festning fortress which is, however, bit further away. Also very interesting might be a wak in Nedre Elvehavn district that was built very recently. It offers interesting residencies to see or a shopping mall. Also, don’t miss typical Norwegian colored port warehouses by the Nidelva River. They will be fascinating for you.