Published: 3.12.2010
The community of Nový Oldřichov is situated in Česká Lípa district, Liberec Region, in an altitude of 370-550 metres above sea level. The village is placed between afforested hills, in an area of protected countryside of Bohemian Hihglands and Lužické Mountains, where Bystrá-river is flowing.

Nový Oldřichov, longish village, not far from Kamenický Šenov, seems to be of no interest from the first view. Nevertheless, some place of interest could be found there. It is Fire-Brigade Museum. On surface of  915 square metres, everybody could find something interesting, who is keen on admiring of such profession. The museum is offering historical survey of fire-technics, including respective equipment, means of instruction, toys and subjects just for fun. So, wooden four-wheel manual fire-engine of 1764 belongs to the oldest objects. You have also the possibility to make acquaintance with past forms of extinguishing. Technical explanation, together with all presented subjects, would serve you to more detailed idea. 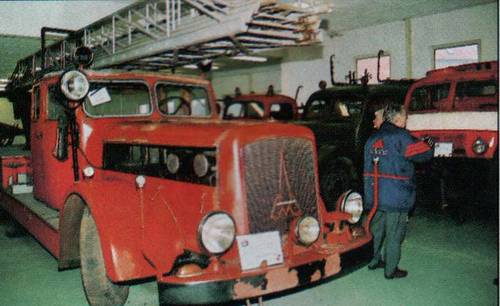 The village, placed along flow of Bystrá-torrent (attention: this small river gets the form of inundated flow!) is accessible for the visitors with new paths for pedestrians as well as for cyclists. So, recently open path „Varhany“ leads from Volfartice via Nový Oldřichov up to Kamenický Šenov.

Several houses of people´s architecture and Baroque church (St. Cross Promotion - in past, this building served as burial chapel) present another sightseeings of the locality. Sandstone statue of St. John Nepomuk (cultural monument of 2000) is placed in the neighbourhood. 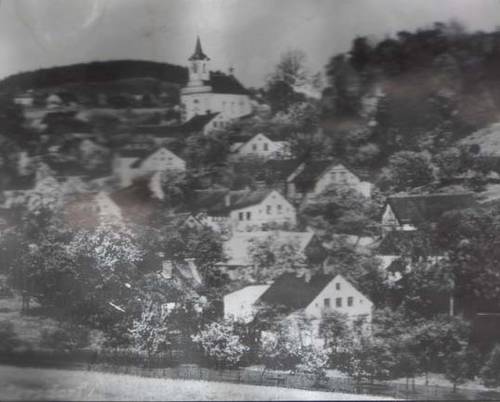 Some facts from history of this locality

Nový Oldřichov was founded in the middle of 18th century, by uniting of villages of Oldřichov and Mistrovice. In 1778, the locality became an independent community.

Oldřichov, the original village, was established in honour of sponsor Oldřich Kinský, son of  tenant of Mistrovice.

Glass factory Clemens Rasch was the most important enterprise in Oldřichov before the 2nd World War. The factory was in operation, as a part of Jablonec Glass-factory, till 1966. The buildings served as warehouses for certain time period, and finally, they were demolished in 1989.

Fire-Brigade Museum in Nový Oldřichov was founded in 1979 as so called „Tradition Hall“. After 1989, the museum was re-named and enlarged in one building more..

The visit of the museum is possible after advance phone-booking on the number, as follows:

During the season, the object is open on Saturdays, since 1st May till 30th September, all the time since 14 till 17 hours.