You may find Lahore in the Pakistani province of Punjab, the most populated province in the country. Punjab covers the area of almost three Czech Republics and it has a population of 91million. Since the 1950s Punjab experienced rapid industrialization with new factories emerging also in its capital Lahore. 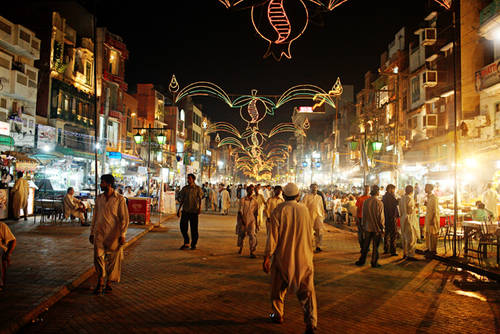 When you travel to Lahore prepare for temperature shock as in June, in the peak of tourist season, temperature exceeds 40 degrees Celsius. If this didn’t discourage you, you will explore the traditional center of Punjab province; today there live about 10 million people. As their major language is Punjabi they speak with almost twenty dialects of this language making the city quite diverse as of language. .

Loh, the hero of the Indian epic Ramayana, founded the city. Reminiscence of his deed is an underground temple dedicated to Rama. Well, the whole Walled City district is actually the most historic part of the city. According to archeological research, its history dates at least to second millennium B.C. 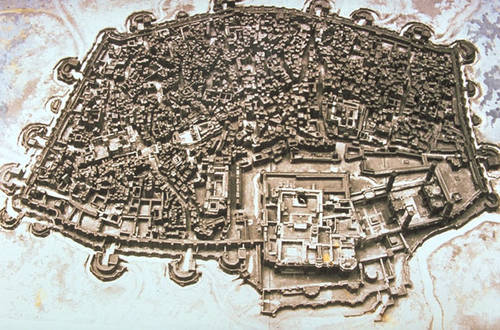 This historical core of Lahore was traditionally fortified and entrance was possible only through one of its thirteen gates. Until the present only six gates remained (Bhati, Dehli, Kashmiri, Lohari, Roshnai and Shairanwala). One of the major gates that still exist today is the Roshnai Gate for its extended proportions, it served to emperors’ caravans of elephants. .

There is also the Lahore Fort within the Walled City area. The fort was built in the second half of the 16th century by Emperor Akbar. However, there were older forts for centuries before the present. The present look of the Lahore Fort has its origin in the rule of Akbar. Today the fort is part of the UNESCO World Heritage list. 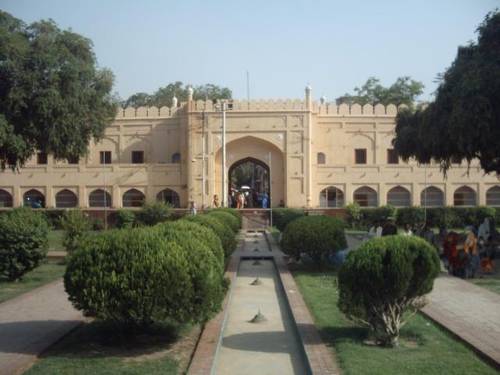 The Shalimar Gardens have their origin in the first half of the 17th century. The gardens are very vast and split into three terraces each of terraces being about five meters higher than other. Also there are more than four hundred fountains. 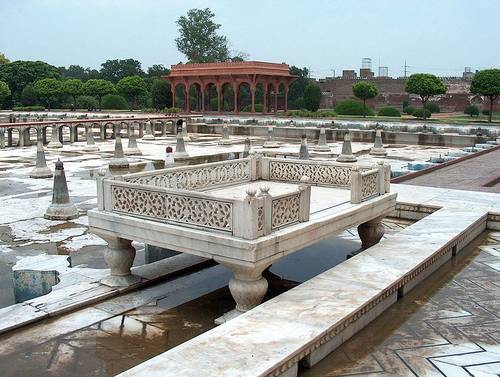 Mughali Emperor Aurangzheb who ruled in the second half of the 17th and the beginning of the 18th centuries built Badshahi Mosque. The mosque is located opposite to the Lahore Fort and it is the second largest mosque in Pakistan and one of the most popular sights in Lahore. Up to 100 thousand believers can pray there at once. 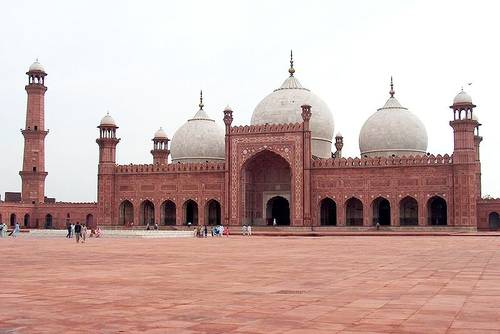 The Lahore Museum – it was founded during the years 1865-66 in the time of British colonial rule. One of its first curators was the father of famous British writer Rudyard Kipling (the author of The Jungle Book). There is number of works of art in the museum, mostly paintings from the Mughali, Sikh and British rule, however, there are present artifacts like items mapping the era of early settlement, as well. 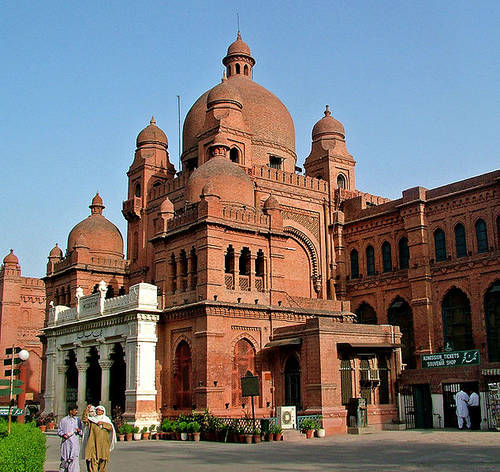