In Poland we have already visited Nowy Targ - a place where you find just everything , that is mostly known for its markets. However, Jablonka is different. Whether it differs with the size of its market or its people. Jablonka is a small village, in Polish environtment, of less than 5000. This is why its markets are smaller and cozier. It seemed that even local salesmen are bit friendlier and opened than their counterparts in Targ. Anyway, the market we visited in Jablonka left us with many experiences. 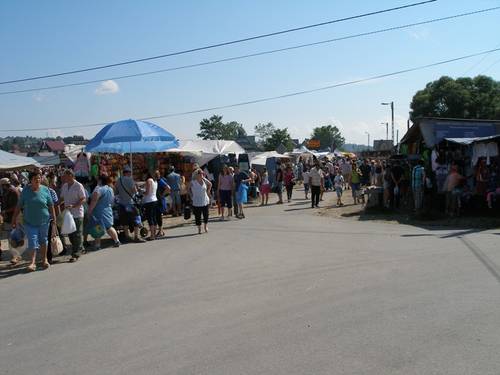 Walkabouts in the Village
Before we visited the market we decided explore the lengthy village on our own. Houses of locals look like they copy the main road and spread to several kilometers. This kind of housing development is typical in Poland. In our book guide we had learned that until the end of the Great War Jablonka belonged to Austria-Hungary and later until the year 1923 to Czechoslovakia. Only then it became part of Poland. An interesting fact is that during the Second World War the town became part of  independent Slovakia . No wonder that there still live many Slovak families. Among the largest landmarks of the village are churches. There are three of them in Jablonka. In the Transfiguration of Jesus there are regularly held Slovak services. We had visited the brother Albert’s rectorate ; you may see it on the photo. Firemen stations, or the Oravian culture center where various social activities are held immediately attracted us. There is even the Orava health center in Jablonka, a small one. Indeed there is also a football stadium, shops, restaurants or coffee bars. Due to time pressure we didn’t manage to visit it 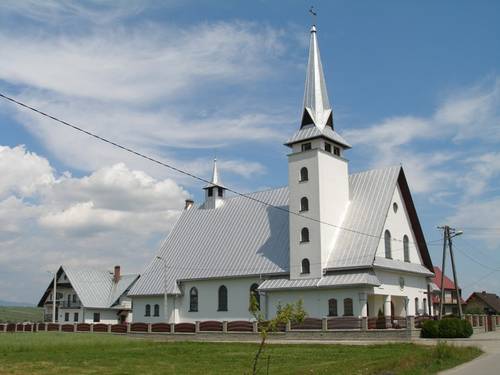 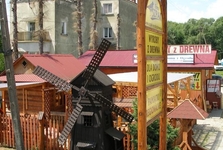 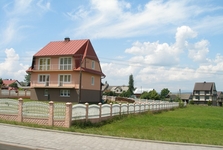 Markets beloved by Slovaks
After a short trip in the village we went to the market with many anticipations. Myriads of people, forming traffic jams and mostly Slovak license numbers completed shopping atmosphere there. Some stalls were filled with clothes, drugs, toys and housewares, and last but not least there were groceries in every street. Smiling salesmen bargaining prices with customers, walking coffee “machines”, great smell of food ala fast food and local musicians made us feel in a way we wont soon forget. I also have to remember prices which are really affordable. So don’t let yourself be discouraged by others who say stuff there is of low-quality! It is not true, the truth is the opposite. Of course you may encounter something not good, but it is really scarce. After shopping spree we returned to our car and began loading the stuff we bought. 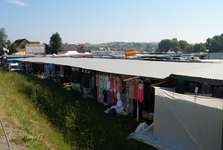 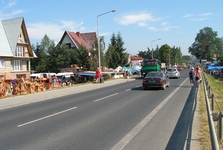 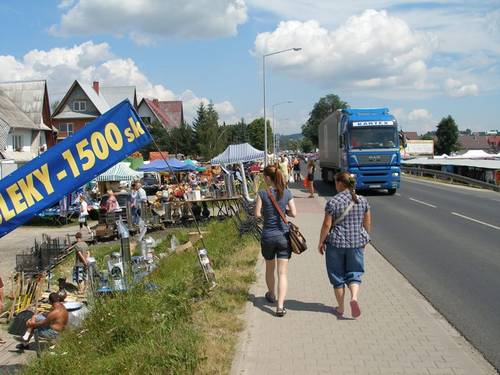 After the end of this sometimes difficult process we looked around. On the second-half of the day we explored surrounding nature of Polish Orava. Babi mountain loomed from one side; on horizon there loomed peaks of the Tatras. Nearby, there was even Oravian dam or the Ethnographical Oravian Park – Museum in Zubrzyca Gorna with unique displays of folk architecture. As about biking – we realized only adventurers will enjoy biking there for there are narrow or none roadsides on Polish roads. However, we had no time to ride on this road, we had to return home. 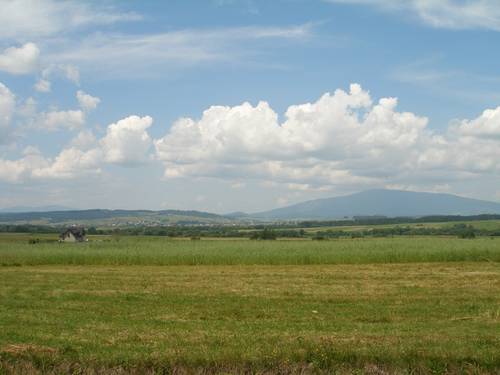 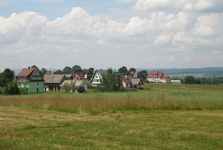 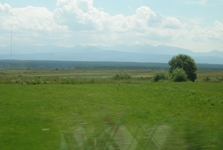 Our family trip to Jablonka was more or less successful. I had explored the village, made several photos, my girlfriend and her sister bough every piece of clothes on the market and uncle visited every construction shop and florist’s shop. Many of you don’t regard shopping as a good excuse for a trip , but we would like to to recommend you Jablonka, for example, and perhaps you change your opinion.