Nedeca is less than 2 kilometers away from the state border. from the nearest Slovak town - Spišská Stará Ves almost 7 km. If you are going through Poland, Nowy Targ is 21 km away and Krakow is 75 km away. Thanks to the construction of the dam and interesting sights around it, the village has become a popular tourist spot. 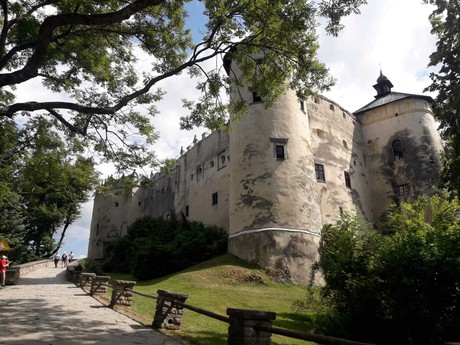 To begin with, let us briefly present its history. The first written mention of the village dates back to 1320, but the settlement of this area was long before. Originally it was a Slovak resp. Hungarian village, settled exclusively by the Slovak ethnic group, but after 1945 it was definitively affiliated with Poland. The biggest tourist attraction is undoubtedly the Nedecký Castle situated on the shore of Czorsztyńskie Lake at an altitude of 560 meters above sea level. 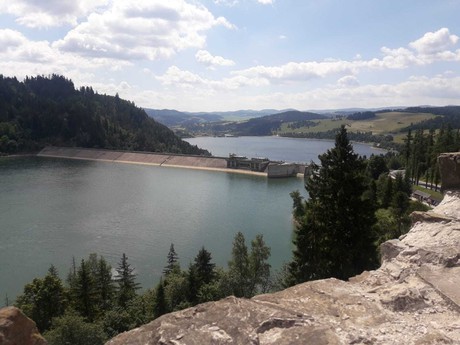 Nedecký Castle (Niedzica), also called Dunajec Castle in the past, was an important medieval guard of the border region. It was built between the years 1320 and 1326 on the foundations of a prehistoric dam and its task was to guard the trade route between Hungary and Poland at that time. The castle or chateau is well preserved and offers visitors a tour of the chambers with exhibitions documenting the life of the nobility and the history of this mansion. Furthermore, you will see a prismatic tower, chapel, residential area or a nice courtyard with a well. During the tour you may also learn about the legend of Janosik's condemnation, the remarkable inhabitants of the Peruvian Indian Inca family, and the films that were filmed here. The added value of this trip will be breathtaking views of the surroundings. After the tour, do not miss a visit to the 19th century granary. 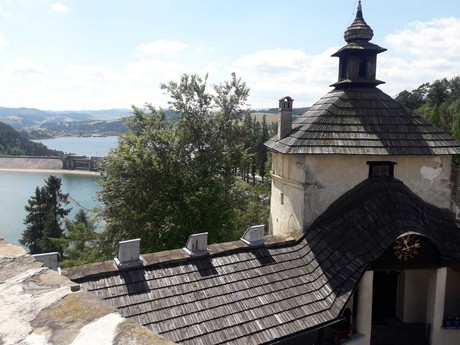 For the sake of completeness, we must state that since 2014 the castle cadastral part of the independent village Niedzica-Zamek. 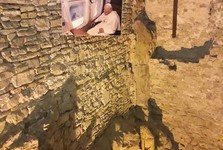 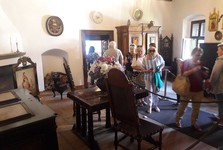 In addition to the castle, the town also boasts the Church of Sts. Bartholomew built inof 1320 (1278), which contains rare sacral works or Jewish scriptures with tombstones written in Hebrew (19th to 20th centuries). Nearby you will also find a tourist settlement and a Glade Sosna campsite, which offers not only accommodation and restaurant services, but also a small ski resort, a miniature park, a beach for swimming, a rope course or a boat cruises on the Sromowskieho dam which connects to Czorsztyńska Reservoir. 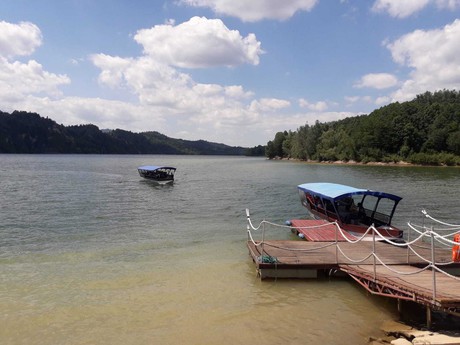 Interestingly, between 1942 and 1945 he worked as a teacher Rudolf Dočolomanský. His children were born, later actors Michal Dočolomanský and Lucia Dočolomanská. A commemorative plaque commemorating this event can be found on their birthplace. 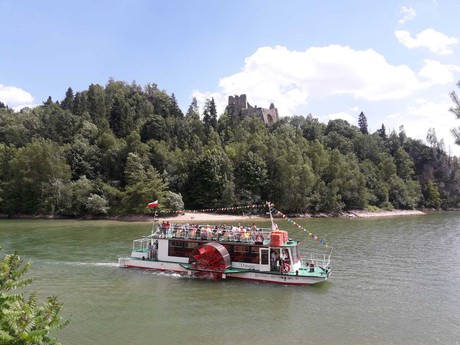 During a day trip in Nedec you will experience a touch with history, adventure on the water, relaxation on the beach and beautiful natural scenery all around. So do not hesitate to inspire and explore the Slovak-Polish border.