en.infoglobe.cz » Poland: Nowy Targ – A Place Where You Find Everything

Nowy Targ, or the Royal Free City of Nowy Targ, has the population of 33 thousand. It is located in Lesser Poland 84 kilometers northwards from Kraków. The first written note on Nowy Targ is from 1326. In 1346, the city received its privileges from King Casimir the Great. Thanks to these privileges the city flourished, but a devastating fire ceased this growth in 1601. The city suffered also from the so-called Swedish war. In the course of time Nowy Targ was part of Austria, later it belonged to Poland and during the Second World War it was ceased by the German awmy. Later the Red Army liberated it. More recently Nowy Targ became a center of the tourist industry 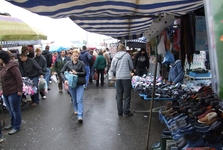 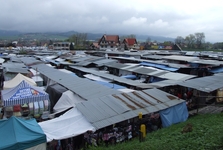 Poland is today known as an agricultural country and Nowy Targ fits well into this schema. The city is currounded by fields and and meadows and this gives it unprecedented picturesqueness. In the city edges chalets were built. There you can taste some traditional sheep cheeses. Another industry Nowy Targ is famous for is furriery. Thanks to huge fur factories it is the center of this industry in Poland. We shouldn’t also forget the most famous “industry”, which people call business. Already since the 14th century there are fairs every Thursday and Sunday. There you can buy clothes, domestic animals, fruits and vegetables, meat, furniture, tools… well, really everything. The fair with endless streets and corners is an unimaginable experience. You bargain prices there. 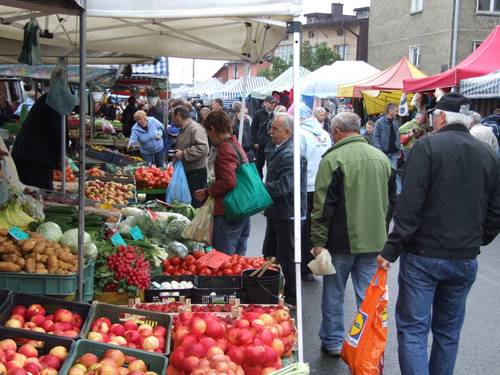 Nowy Targ is also a great place from were you can start some trips. In its vicinity there are four national parks - Gorczański Park Narodowy, Tatrzański Park Narodowy, Národní park Babiogórski Park Narodowyand Pieninský Park Narodowy. Also the " Bór na Czerwonem Protected Area" has its unique marshlands in Orava-Nowy Targ valley that has 114 hectares. It is one of the oldest protected areas in Poland. It is interesting its name was derived from dark red water, the color comes from ulothrix, a species of alga spread across this area. 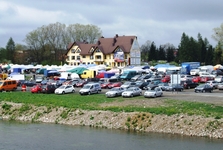 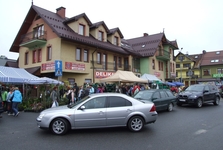 When we return  back to the city we have to mention some architectonic landmarks. There is a large 1,5 hectare square that used to be a center of trade in the city. Today, there is a beautiful renovated town hall with a clock tower. In the town hall, there is the Czesława Pajerski museum, in which you may explore crafts of the Podhale region, temporary exhibitions and a unique printing machine from the 19th century. In the first half of the 19th century buildings on the square used to have solid brick walls. Only the Church of the Most Sacred Hear of Jesus Christ, and the Church of St Catherine from the 14th century remained there (St Catherine is the city’s patron), or interesting is also the wooden church of St Anna built in the 15th century etc. Even Pope John Paul II locals appreciate very much. You can sense his visit everywhere. There are also some memorials and even a Pope’s chapel built as a memory of the Pope’s visit of Poland and Nowy Targ 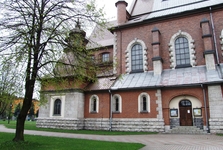 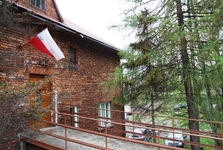 Except those who like nature, architecture or history the city will be great for those who love sports. Among the most famous is the ski run of John Paul II, famous kayak competition of Tadeusz Pilarski, one of the oldest competition in this sport in Europe. Or there are also water sports on Czorsztyńske Lake. Speaking on sport in Nowy Targ, there is also the Podhale Nowy Targ hockey club, which plays in the major Polish hockey league and since 1966 it became the Polish champion for 18 times, two time winner of the Polish cup and a champion of the Interleague. It is a great experience when you visit a hockey match. Among nonsporting events there is important the Podhale Fair, similar to ELRA in Kezmarok (a fair focused on folk crafts). 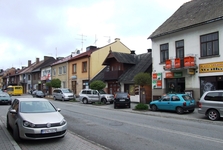 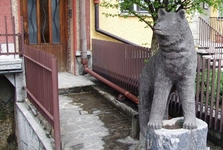 In this article you may have became convinced Nowy Targ is not only a place where is a market but also a city full of history and life. In the end we recommend you to taste "Nowotargian" ice cream made of natural semi-finished products and fresh fruits. It is really worth it!